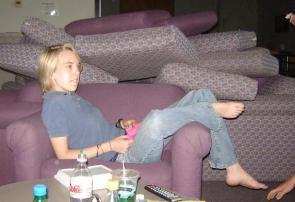 A while back, Autostraddle did a “When I Knew I Was a Lesbian/Bisexual/Queer/Girl Who Likes Girls” feature. And it was awesome. A lot of women had some really clear moments in time when they knew – they had “gay-iversaries.” Knowing I was a boy was WAY more roundabout for me.

And it was right around my 22nd birthday that I remembered I was a guy.

So we’ll take a quick jump through time to Sebastian circa 1991. The coolest kid in Montessori. Back then my name was Sarah. My best friend was Nick. I refused to wear pink. I didn’t understand the confusion when I stood in the boys’ line. I didn’t understand why Nick could pee standing up and I couldn’t (despite a few failed attempts). When we played house I was the older brother.

According to my queer studies and developmental psychology courses, children can differentiate between two genders (male and female) from a very young age and actually start to develop their own gender identity by age three or four. I essentially was developing as a typical male, in terms of identity formation. Except of course, I was female assigned at birth, had two X chromosomes, was physically developing as a typical female, and would be entering female puberty in 10 years.

I was a boy who people thought was a girl and I had all this figured out when I was three. But at such an impressionable age, it didn’t take much of people laughing and reminding me I was really a girl for me to get the picture.

Before long, me telling people I was “a boy on the inside” or that I was supposed to be a boy until “the man in my mom’s belly changed his mind at the last minute” were just cute stories about my childhood. My parents assumed I’d be a lesbian and taught me about stereotypes and how I could be “a girl who was like a boy.” 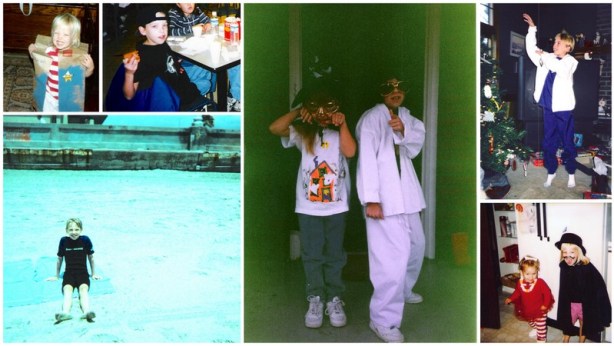 Until I hit puberty, I basically looked like a boy 65% of the time and got kicks out of shocked looks in the girls’ bathroom.

Post-puberty, I embraced my non-conformity and surprisingly moved through adolescence without much more awkwardness than the average teenager, though I was treated for anxiety and dysthymia. At 16, I realized I was attracted to women – my only light bulb moment in any of this; I was watching the scene in But I’m A Cheerleader when they sit Megan down and tell her that not everyone thinks that way about women. I think we both said, “I’m a homosexual” at the same time. It’s funny to look back at that moment (knowing what I know now) as me actually coming out as a heterosexual… my straight-iversary.

I never really identified as a lesbian – I couldn’t explain it, but I didn’t connect with that identity. I just talked about being attracted to women and squirmed when people referred to me with the l word. 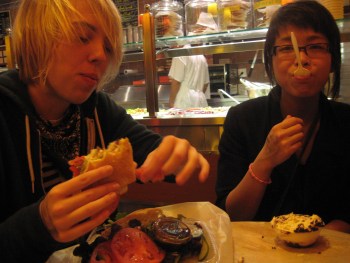 to college, I started to really struggle with my lack of a label that fit. I read Ellison’s Invisible Man and was pretty into stripping away the labels/expectations/identities that society and other people imposed on me and getting to my true core, and yet I was really lost and couldn’t quite get to that core. Some dark weeks and parental intervention later, I transferred to a women’s school in Western Mass and felt very much at home.

I was comfortable. I was an androgynous hipster DJ with sceneboy hair who successfully pursued straight girls and secretly thought heterosexual couples were cute.

One day a friend of mine asked me what I thought I was going to be like after college, “you know, when you can’t wear skinny jeans anymore and like settle down.” It really shook me. I couldn’t picture myself in the future at all. It wasn’t just that I didn’t know what I wanted to do with my life; I couldn’t even imagine what I would look like. I knew I wanted a family and a wife, but I couldn’t imagine my wedding. What would I wear to work? I despised looking “dykey” in a way that I could not yet communicate, but couldn’t escape it when I wore anything but skinny jeans and a tee.

When I was 21, I moved to Seattle for a summer. (Side note: Seattle is amazing. Go there.) I subleased a one-bedroom apartment without cable or Internet. I listened to a lot of KEXP and read a lot of Rumi (the real tenants had an awesome library). I wrote a lot, too. I knew one person in Seattle when I got there. I was in this queer bubble where no one had preconceived notions of who I was or who they wanted me to be. I had a tabula rasa. And I took advantage of it. 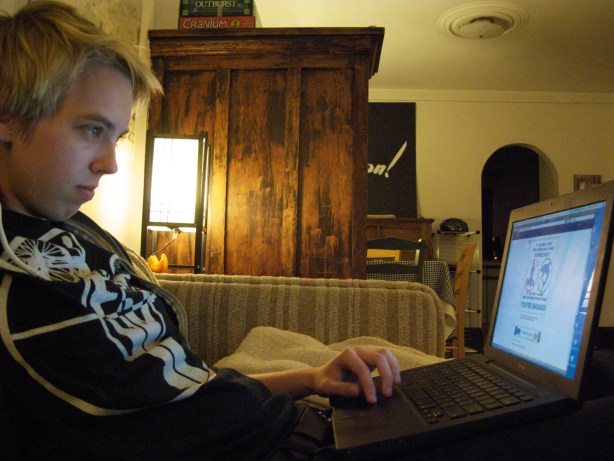 I bought my first binder, without being able to communicate why I wanted it. I started compressing my chest and it looked so right that I decided to take it a step further and I cut my hair short. I told my friend I was experimenting with “queering my gender” and we came up with a gender ambiguous name to use when we went out together. I’m not sure if people read me as male very often, but I wasn’t automatically assumed to be female and it felt really good and natural. I got this surge of excitement when someone said “sir” that reminded me of how I felt as a kid when waiters said “buddy” and people told me to use the boys’ bathroom.

So that’s when I knew I wasn’t female. Then I embarked on a three month obsession with the online trans community, watching youtube video after youtube video of trans guys’ physical transitions, silently studying my FTM friends, and learning that there are lots of different ways to be a guy, even to be a trans guy.

Suddenly, I could picture my future. I could picture myself in suits that fit me like they fit men. I pictured myself as a father. As Mr. Barr. For the first time, I had a vision of my future that I identified with, that seemed natural, and that I was excited about. That’s when I remembered I was a guy. And set off to do something about it.

(By the way, I no longer have to be treated for anxiety or dysthymia. How’s that for a feel-good ending?) 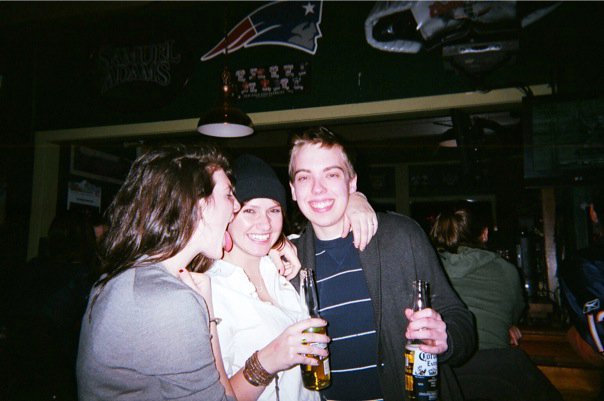