Guys! What a year! I don’t know about you, but I went on TWO WHOLE DATES in 2018! (This is bullshit, please come at me, 2019.) Instead, I spent the majority of my free time pouring over the love lives of a bunch of rich and famous people I don’t actually know! Please join me on this vicarious journey through other people’s relationships!!!

Honestly, I feel like this year has aged me approximately 10,000 years, but it believe it or not it was only January 3rd when we first reported the marriage of Ellen Page and her very flexible new wife! Since then they’ve smiled together in a lot of Instagrams and made a Christmas soup.

In dark times, Sarah Paulson and Holland Taylor have reminded me that love is (maybe) real. When they tweet adoringly, I swear I can hear the sound of woodland creatures singing.

Listen, I know that Cara is (most likely) dating Ashley Benson these days, and Paris Jackson swears up and down that she and Cara never had any kind of monogamous situation in place. Still, the photos/video of Cara and Paris dancing outside a restaurant, while a bemused Macaulay Culkin watches on, remain one of my favorite visuals in this sizzling trash heap of a year. This video is to 2018 as that footage of Miley Cyrus groping Stella Maxwell in the parking lot of a steakhouse was to 2015. 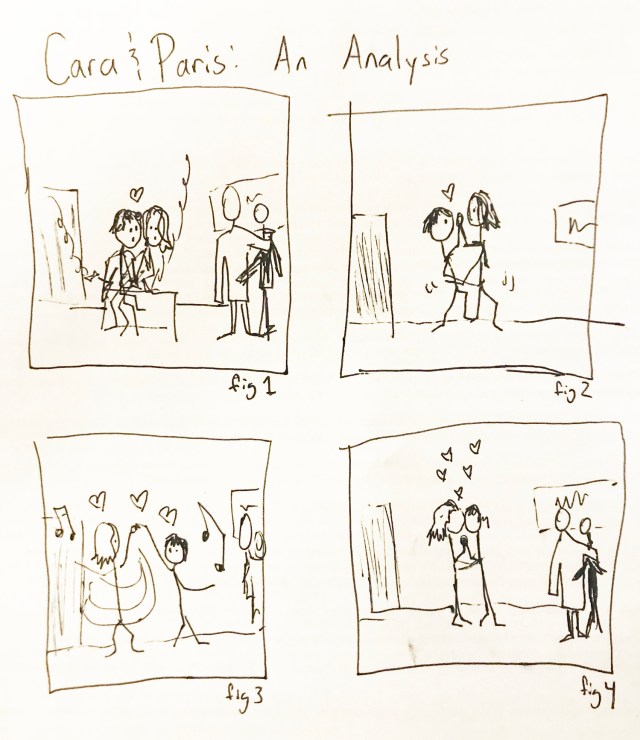 The power of Lesbian Eye Contact cannot be denied.

These two lovebirds seem to treat their entire social media presence as one giant multimedia love letter to one another, and it’s goddamn adorable. They only confirmed their relationship to the internet at large in mid-August, and already they were engaged in November. Since then, they haven’t stopped staring at one another, and I for one am extremely here for it.

Since we ARE pretty much ALWAYS in bed… we decided to dress nicer.

My favorite thing about these two is how clearly over-the-moon-in-love Rutina is, and how much she GUSHES about it on Instagram. They got friggin’ ENGAGED at the very tail end of 2017, so I’m including them on this list. I’m primed and ready for many pictures of their goofy smiles in years to come.

Kristen Stewart is perhaps the most important jewel in the Vapid Fluff universe. Not a day goes by that I don’t search the wild internet for freshly harvested pictures of her walking grumpily around Los Feliz with a latte. Can you believe she spent nearly two years dating international supermodel Stella Maxwell and I still wouldn’t recognize that girl if I tripped over her on the street????

Anyway, over the last week and a half, Kristen’s been spotted walking dogs and picking up to-go juices with a Los Angeles-based stylist named Sara Dinkin, so I guess that’s her girlfriend now! Whoever Kristen Stewart is dating, it will always be news. I hope these two eat so many salads together, in front of so many photographers!!! 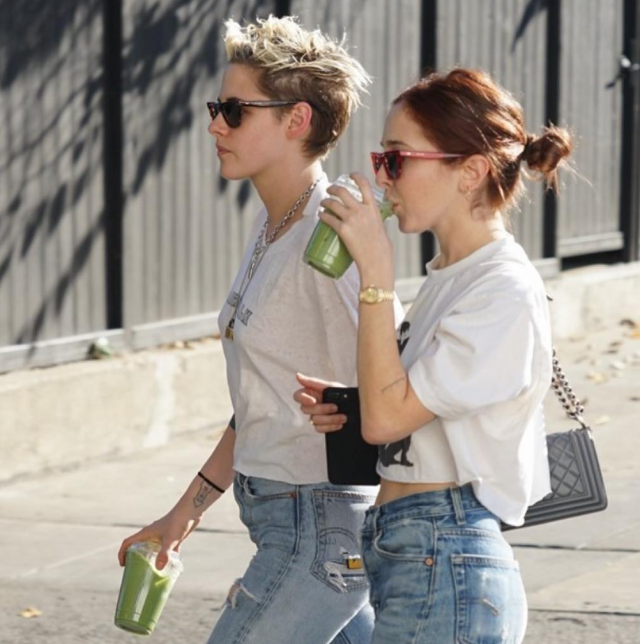 Are they or aren’t they? Were they or weren’t they? Would they tell us if they were? Or if they weren’t? Or if they had been? At this point it honestly doesn’t matter if these two were best friends or a couple. Their alleged romantic dalliances captivated us all year long and we covered them exhaustively.

Janelle officially came out! Tessa officially came out! This year Janelle blessed us with the “Make Me Feel” video, captivating audiences and contributing to the popularity of bisexual lighting. Just when we thought things couldn’t get any gayer, the “Pynk” video happened to us and taught us how two very good friends can enjoy each other’s company while wearing vagina pants.

Even if they’ve broken up, or even if they were never actually together to begin with (they SO were), Tessa Thompson and Janelle Monáe reign supreme as Most Important Gal Pals of 2018. 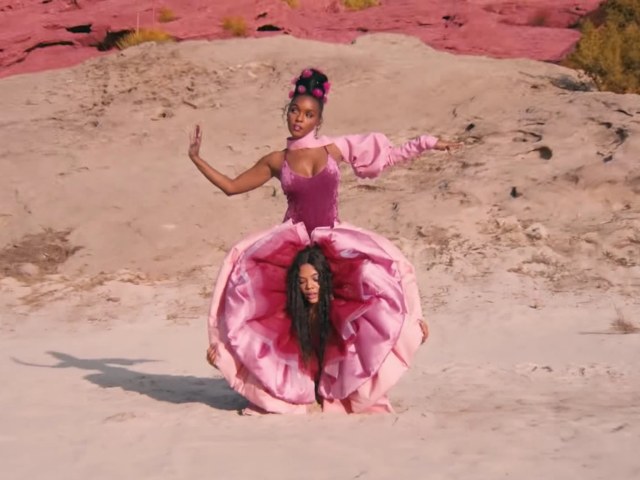 It’s so nice you ladies are such good friends!!!!!

Tessa, play us off with that song Janelle wrote for you that one time.