Although Gothip Girl has speculated about the state of Miley Cyrus‘ relationship with Victoria’s Secret model Stella Maxwell in the past, we previously determined that the two were more than likely just very good friends. Turns out, they’re such good friends that they swap spit in darkened parking lots outside Hollywood steakhouses, as seen in this video from the highbrow creepster offices of TMZ. We could show you that but instead we’ll show you this picture they took of themselves consensually: 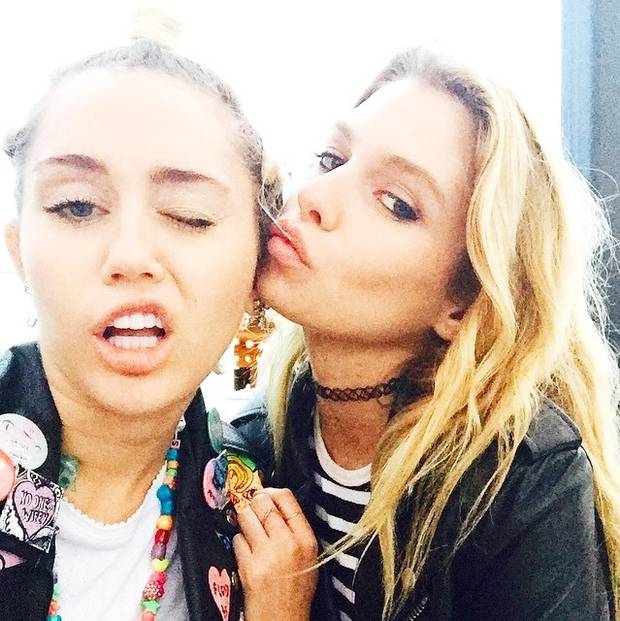 So far no anonymous sources close to the pair have come forwards to confidentially tell a reliable tabloid publication about how absolutely smitten they are with each other or all the reasons why they’re a good match, as per proper Hollywood etiquette. In my imagination, a close friend tells Gothip Girl that the Belgian-born, New Zealand-based model has really put a smile on Miley Cyrus’ face, and that the two are having a blast together. Then the friend gives me a high five and twenty bucks before thanking me for our continued altruistic journalism and our focus on the issues that really matter to readers everywhere.

This has been a big year for Miley Cyrus; she announced in an interview that she’d had significant relationships with women, and also that she didn’t care to define her gender by binary terms. She also launched the Happy Hippie Foundation, whose website declares, “Our mission is to rally young people to fight injustice facing homeless youth, LGBTQ youth and other vulnerable populations.”

Her Instagram has been filled recently with stories of trans and non-binary people whose stories Miley finds inspiring, which helps promote awareness of LGBTQ issues to her 23.4 million followers. 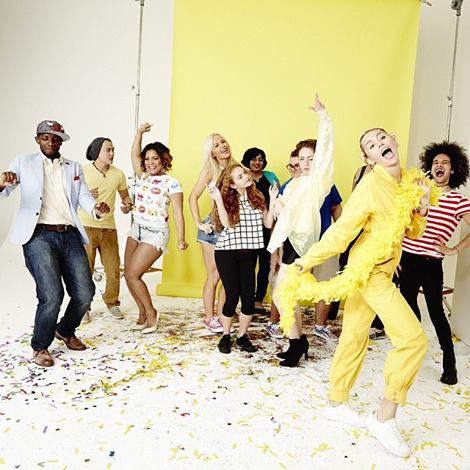 Party in the USA

Also, she and Stella met this pony: