Since 2018, Autostraddle’s TV Team has hosted what we previously called the Autostraddle Gay Emmys. The name, a cheeky queering of the Primetime Emmy Awards, reflected one of the core goals of the project, which was to recognize, celebrate, and evaluate television shows, episodes, writers, makers, and performers who might otherwise be overlooked by a mainstream institution like the Emmys. This year, we head into the project with the same goal but a fresh, new name that really solidifies the awards as ours. Welcome to the Autostraddle TV Awards.

These awards are meant to celebrate the best of television — through a lens of LGBTQ+ representation. To merely feature a gay character no longer feels like enough. We want complex, meaningful, varied queer storylines across genres, narratives, and themes. We approach voting for these awards from two vantage points: the overall quality of the show as well as the quality of the queer and/or trans stories told within. Some of the shows nominated by the Primetime Emmy Awards this year overlap with some of the shows below — many do not. For example, while the Emmys remain very enthusiastic for Marvelous Mrs. Maisel, several members of our TV Team have been disappointed by the way the show skirts around Susie’s sexuality. We put queer and trans characters and stories first with these awards, and within the extremely patriarchal and heteronormative machine of Hollywood, that matters.

How it Works: For the past couple weeks, the knowledgeable and passionate queer critics who make up our TV Team have collaborated on a lengthy process to determine the year’s nominees in each of our Autostraddle TV Awards categories. We have 21 whole categories, and while there is some overlap with the Emmys, we also feature our own original categories that celebrate LGBTQ+ achievements — including awards specifically for out performers — as well as awards for other parts of the television landscape that don’t often get love from mainstream awards systems, like genre television. We took a massive list of potential nominees and voted to narrow that down to just six nominees per category — with two exceptions. Due to the fact that after two rounds of voting there were still ties for Outstanding Comedy Series and Outstanding Lead Actor Playing an LGBTQ+ Character in a Drama Series, those categories feature a seventh bonus nominee. The team was genuinely split, so it felt the most accurately reflective of our opinions to go with this slight rule change!

Now, it’s your turn to help us pick the winners. Individual Autostraddle readers can vote once in each category. Your votes will be combined with the TV Team’s final votes to choose the winners.

We follow the same rules as the Emmys as far as timeline, which means the shows must have aired between June 1, 2021 and May 31, 2022 in order to be eligible. (Yes, that means we have to wait until 2023 to nominate A League of Their Own!) While the show’s full season does not need to have aired during that range, most of its episodes must have aired.

Here is your official ballot!

Voting is now open and will close on Wednesday, August 31 at 5p.m. EST. The winners will be announced on September 7.

AND THE NOMINEES FOR THE 2022 AUTOSTRADDLE TV AWARDS ARE… 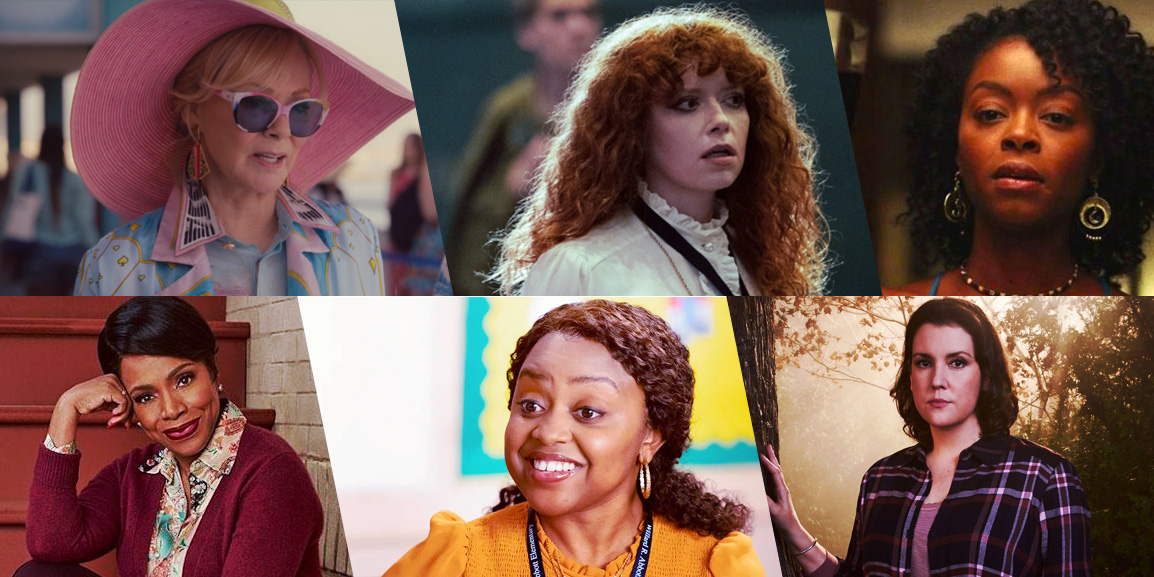 Outstanding Performance by an Out LGBTQ+ Actor in a Comedy

Outstanding Performance by an LGBTQ+ Actor in a Drama

Outstanding Hairstyling for an LGBTQ+ Character

Outstanding Costume Design for a Show With LGBTQ+ Characters

To vote in the above categories as well as the THREE SPECIAL FAN FAVORITE CATEGORIES*, go forth and:

*When voting in the fan favorite categories, please keep the eligibility guidelines in mind and only nominate couples/characters/actors who appeared in shows that aired between June 1, 2021 and May 31, 2022. Otherwise your vote will be wasted!