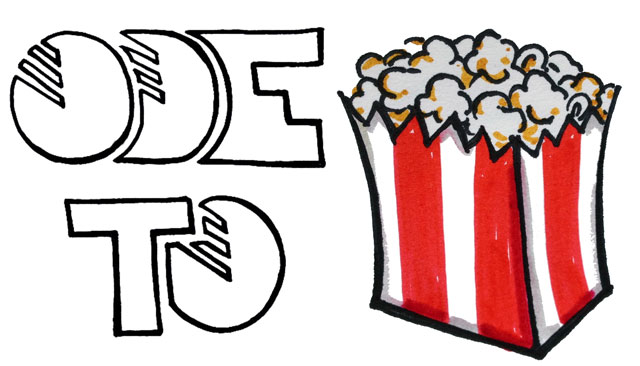 I fall a lot asleep during movies. Like a lot, a lot a lot. I have a list of movies I’ve watched with asterisks beside the endings I’ve seen and let’s just say it wouldn’t be mistaken for the Milky Way anytime soon. But this summer I vowed I would make it through a few more movies so I could finally understand why friends keep saying, “IT’S SO FLUFFY! I’M GONNA DIE.” But I’d need something to keep me awake. So I figure, why not eat something that’s so fluffy, I’m gonna die?

If you popped yours at home and didn’t have eight billion screens to distract you from the popper, those tiny explosions were  the closest thing to magic your kid-self experienced. Take a handful of hard seeds, heat them up and all of a sudden you had a bucket of fluffy white goodness. What kind of sorcery was this? I’ll admit now that my interest back then only extended so far as the bottom of the bowl. Or the overpriced stand at the movie theater.

Even though popcorn seems dry, there’s a little bit of moisture trapped within its shell (and in the endosperm to be exact). When you start heating the kernels, the water begins to boil and turns into steam. The pressure builds up until the hull cracks and the boiling hot endosperm is exposed to the normal atmosphere. The resulting pressure drop causes the formerly crammed together starch to inflate and solidify as it rips the shell to shreds.  Think whipped cream. Think hair mousse. Think expanding foam. So while you once had a handful of rocks, you now have a bunch of inside-out ones. 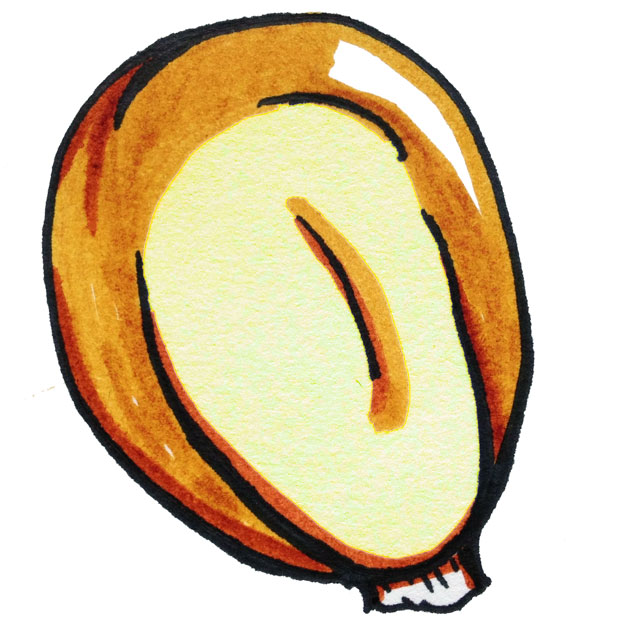 To get your corn inside-out, you’re going to have to get the moisture moving. Air poppers are fantastic if you’re looking for a healthy option to pack away your breakables, but they take up a shitton of room and will probably leave you craving something oily anyways. If you’re sporting a microwave there are aisles upon aisles catering to you, or you can even make your own bagged corn for a fraction of the price. You can also go the Jiffy Pop route if you want some camping nostalgia. But when it comes to stovetop-popping, simply heat up a few tablespoons of oil with a high smoke point (peanut or canola is great) in your largest pot and pop away. Just be sure to shake and shake often so you don’t end up creating a pot of charcoal.

Popcorn is the de facto grain when it comes to airy consumption, but it isn’t the only popable substance you have in your pantry. However, there are only a few grains that work. You’re looking for something with a hard husk  to keep the expanding endosperm in place. Sweet corn? Too soft. Dent corn? Still too soft. Barley? Rice? Oats? Not for the temperature we’re workng with. Quinoa? Millet? Sorghum? Amaranth? These are the closest grain with popping prowess, so if you’re corn-averse, load it up into your air popper and give it a go. Just keep in mind that the other grains are relatively smaller and lighter, so you’ll want to add a bit more kernels to ensure they don’t fly out.

But one of the biggest problems that beguiles popcorn eaters isn’t the bottom of the bowl or the rank smell of microwave failure, it’s the little sad remnants of popcorn that never got to be. Old maids never contained enough water to produce enough steam to fulfill their fluffy destiny, so don’t turn the rest of the pot into martyrs by continuously cooking your kernels. They’re a cooking nuisance, but they can also be a snacking hazard. My girlfriend had a gum graft done earlier this year and I naively started Googling procedural stories, hoping to find tales of sunshine and rainbow fairies using sparkles to cure people of their dental woes. Unfortunately I found this. Let’s just say I was permanently relieved from Florence Nightingale duty and was petrified of eating popcorn for a few months. So if you want to figure out how to make your snack safer, you’re going to have to start dealing with popcorn shrapnel. 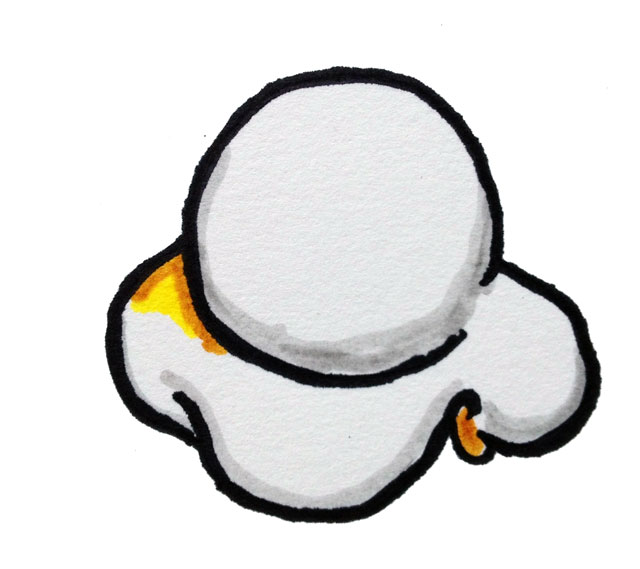 If you’re making it in the microwave, hold off on venting it right away! Not because you’re about to blast you face with diacetyl-laced steam, but because that unassuming paper void is everything you’ve ever needed in life.

Unless you somehow managed to seal up the hole, it’ll be the perfect size to let the old maids fall through. Same concept goes for Jiffy Pop, turn the foil into a kernel filter by piercing a small hole to try to shake out the seeds. If you were going the old fashioned route and popping  in a pot, just graab a cooling rack and pretend you’re a prospector looking for golden kernels. Either way, your mouth (and gums) will be a little bit safer. (Or you could just buy some 1978 Orville Redenbacher.)

Bowl after bowl of popcorn tends to be boring (especially when you have so many fucking movies to watch). So popcorn salt and non-butter alternatives are always waiting to be tested.

If you prefer your pop a little bit sweeter, you can candy your own corn! You can go full out and build a caramel from sugar, corn syrup, butter and baking soda or simply add some sugar to the popping pot for your own attempt at kettle corn. Or use cinnamon sugar or cinnamon hearts to make a spicy-sweet treat. If you wanted something more akin to KERNELS, the over-priced popcorn stand that’ll forever tease my childhood memories, you can colour your own corn by adding food colouring to a syrup. Given that popcorn flips inside-out anyways, you should ignore anyone that tell you to buy vividly coloured kernels.