We’ve officially entered that part of the year where time has stopped mattering and everything is a downhill sleigh until the New Year (or completely frozen in stasis until the New Year, like I said time is fake). So I don’t know your weekend plans! I don’t know if you’ve traveled home already and could use a vaguely gay show to binge while you hide out from your bio family and miss your crew; I don’t know if you’ve already cancelled everything due to the Omicron variant and could use a short binge to get you through the weekend while you eat every Christmas cookie in the house; hell I don’t know if you have to do a double shift at your job and are looking for something you can watch on your phone to keep company — but what I do know is that Harlem, the new Black women’s friendship comedy that premiered two weeks ago on Amazon Prime with a surprisingly large amount of gays, could be a show that you watch.

Did I necessarily love Harlem? I did not.

Did I at least enjoy the main lesbian character? I did not! (Though if it helps, there is a second, more unexpected, bisexual storyline that develops over the season that I got into much more).

Ok but did I hate it enough to write a detailed scathing critique? And once again, I did not!

Harlem is a show that exists.

And sometimes, like when it’s Saturday morning less than seven days from the biggest holigay period of the year that’s filled with the various pressures of maskless gatherings and gift giving and for so many of us the twin pressures of turning ourselves into less of who we are so we can “go home” in the first place, all against the backdrop of entering — eL OH eL — a global pandemic that just got picked up for its third year like it’s a breakout drama on Netflix and epic waves of climate change that has left us at 70 degrees in December, in wait for it, Michigan!! —

I dunno, in a situation like that, for a casual and completely random example — then having a show that merely exists is enough. 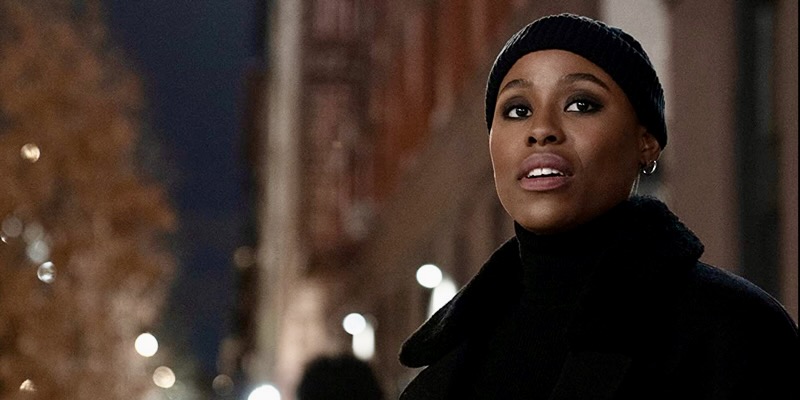 Hahahaahaha. The world is ending.

Ok so the plot! Harlem follows four single friends in their 30s as they navigate careers and love, which isn’t recreating the wheel here, so you know the deal. Meagan Good, a longtime master of romantic comedy, is the lead of the crew, Camille. Grace Byers (Boo Boo Kitty, if you remember Empire) is a small business owner trying to step out of her wealthy mother’s shadow. Shoniqua Shandai never met a one-liner she couldn’t love as Angie. For our very explicit gay needs, there is Jerrie Johnson as Tye and much like the show itself, Tye is a character that… exists.

(Hey! Maybe I’m being too harsh! She has a speech about compulsory heterosexuality in episode eight that I was here for. Good for Tye, out here existing.)

There’s a few classic cameos of Black Hollywood throughout, but none more stunning than EGOT-GOAT Whoopi Goldberg, who sometimes carries the entire production on the back of her effortless comic timing. Plus, if you squint enough and believe in the reason for the season, the whole show has an aesthetically pleasing “it’s Christmas without telling me it’s Christmas vibe” with lots of twinkling lights, enviable coats, and an entire episode dedicated to the Winter Solstice (#gay).

To be honest with you, the first time I watched Harlem I thought I hated it. But I refused to believe that Tracy Oliver (you know that you love her without knowing it because she wrote Girl’s Trip) could do me wrong like that, so I watched it again. Somewhere between episodes four-six I gave into charm and once I started laughing, I couldn’t stop. There are more than it’s fair share of cringe moments, especially when the show tries to engage in hot topics that come across more like a misread Twitter feed than anything approaching genuine dialogue between Black people (cancel culture, “woke,” #MeToo, barbershop misogyny, the alarming amount of Black women who have fibroids, all Black Twitter topics of some point in the last two years, are present and none of it goes down easy). As I mentioned earlier, pretty much everything about Tye — the main lesbian — rubbed me the wrong way, at its worst it felt like the writers had never actually met a Black masc person in their life and instead watched Lena Waithe clips on YouTube.

BUT! The friendship between the core four is warm and believable. And because it’s written by Tracy Oliver, the humor is raunchy and plentiful in really great ways. The quieter, surprise queer storyline is enjoyable. Maybe it’s some kind of Stockholm Syndrome, but I ended up having a good time. I decorated my apartment for Christmas and Harlem made confident background noise. When it’s done, you might wish you had just put on a rerun of Girlfriends or Living Single instead? Sure, you probably will, but much respect to #1 haver of 90s lesbian TV energy Khadijah James herself, none of those shows had a queer main character now did they?

In conclusion, three years ago (but emotionally, a million years ago) we wrote an article bravely titled Make It Gay, You Cowards — and in that article I complained about Issa Rae’s Insecure, which coincidentally is going off into its sunset this very month. I very chill wrote in all caps, “IT MAKES NO SENSE THAT NONE OF THE BLACK GIRLS ON INSECURE ARE GAY.” It’s gobsmacking that in such a short period of time, we’ve moved ahead so quickly with Black queer storytelling on television (with miles to go before we sleep) that I can point to Harlem’s mostly pleasant mediocrity and say, “it’s fine.”

It’s fine. It’s completely fine. You can watch it this weekend. It will only hurt a little. It’s fine.