Today I am transported back to the dark days before the invention of WiFi. I can’t find a drop of internet anywhere. My home WiFi is down and after fighting with it for 2 hours, I decided to seek internet elsewhere only to discover that the entire world has been enveloped in the darkness. I have now gone to the library, a Burger King, THREE Starbucks and the parking lot of a restaurant that Shall Not Be Named. None of their internets were working either. SO! Here I sit trying to do this thing from my wife’s phone. Thank goodness for wives with 4G connections. That’s what she said. Right, Ladies!?

But before my internet dried up like a raisin in a fruit dehydrator there was so much to enjoy on Autostraddle dot com this week.

There’s this awesome feminist book list that I’m recommending to my 8 year-old niece. Speaking of feminists…Carmen found 9 queer/feminist folks you should know about that aren’t Judith Butler.

These 8 movies on Netfilx are gold. I watched Winter Wonderland all day at work yesterday. And Steven Universe is gayer than gay.

Julia Nunes, A-Camp Legend, made a video of her song “Make Out.” There’s lots of girls kissing girls in it. Also, newly engaged Alex Vega is on drums. There’s even a behind the scenes Q&A!

Molly followed rapper, artist and choreographer, Lady Cultura around for a day. There’s lots of amazing pictures of it.

Also the first queeroscopes of 2016! And Comments!

On You Need Help: You’re Getting Married, Grandma Doesn’t Know:

The Reverso Award to MB:

On How To Blow Up A Planet And Other Highly Scientific “Star Wars” Theories:

The Blank Award to Alecia: 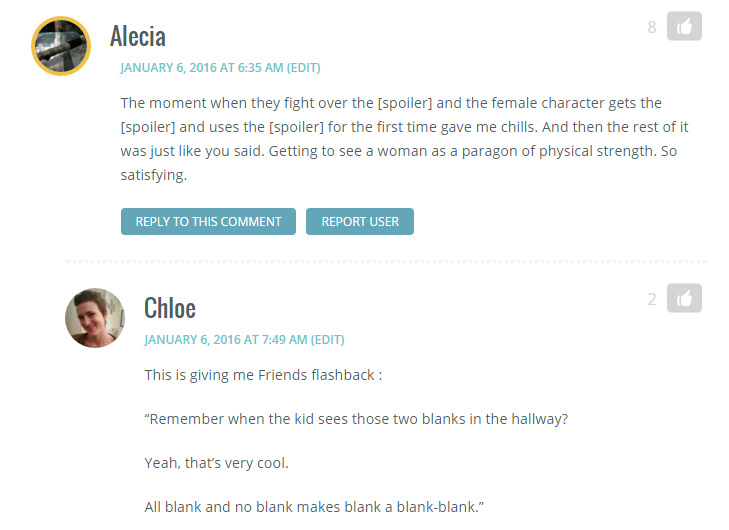 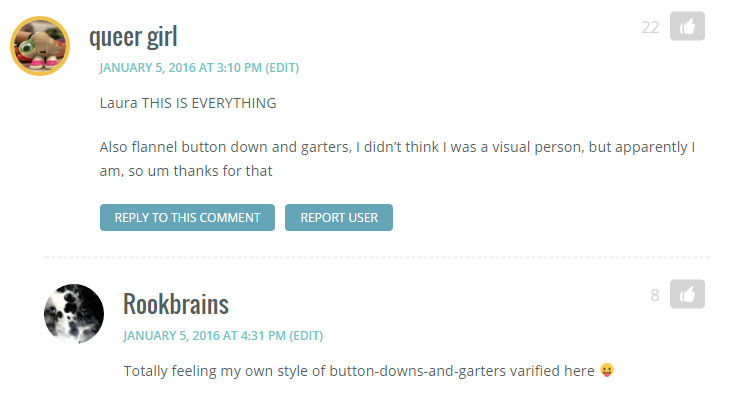 On 2015 By The Numbers: An Autostraddle Plus Exclusive:

The Search History Award to Vinzzz27:

On 6 Ways “Steven Universe” Out-Gayed Itself With “The Answer”:

The Future is Bright Award to queer girl:

On 8 New Movies You Absolutely Need to Watch on Netflix in 2016: