Once upon a time on a mountain, I watched Julia Nunes make music and be in love with Dannielle Owens-Reid. I live in New York City and it’s noise, noise, noise every hour of every day; I’m really good at not listening. Julia Nunes, though, she sat down on the stage on that mountain and she strummed her ukulele and she sang her songs and she wove a magic spell around my brain and my heart, telling me stories of love and heartbreak, real stories, true stories, inviting me to touch her happiness and her pain and make my own balm from her experiences. I laughed and clapped and cried, and realized that for the first time in a long time I was doing even more than listening: I was hearing. That’s the witchcraft of Julia Nunes.

Today she released a music video for her song “Make Out,” which hails from her Some Feelings album.  Here’s what you should do:

1) You should watch her video. It’s adorable. Everyone is making out in it, even Alex Vega and her fiancée, Mary Tully.

2) You should Riese‘s review of Some Feelings, which I think was her favorite album of 2015. 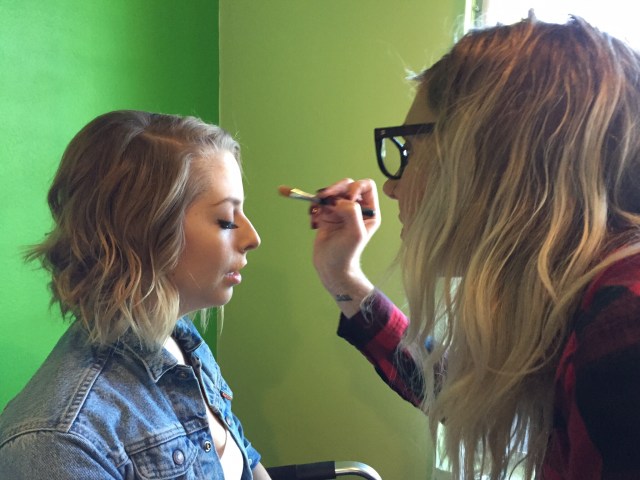 Remember when you performed at A-Camp last year? After that, basically everyone in my cabin went back and made out with each other, and also people in the woods and stuff. How does it feel knowing you’re inspiring many generations of women to hook up with each other?

HAHAHAHA, GOOD. That is good and great and I hope the trend continues for all the humans on Beyonce’s green earth.

Okay, but after you performed at A-Camp, I went outside and cried because of how Dannielle carried you off the stage because your foot was broken, and I missed my girlfriend and I just love love so much. Do you like it better when make people cry, or when you make them make out to your music?

Oh no, you tiny baby! I think I need both? I am very, very into making people happy and dance and make out and it is an honor to be on a jogging playlist, but the soul crushers are very, very close to my heart. The last two songs on my record are arguably the happiest and saddest songs I have ever written and they’re my faves.

The praise for Some Feelings has been pretty universally positive, and so many people who have written about it have said it’s the Most Juila Nunes Album Ever. Do you feel like that’s true?

Yeah! I think this is definitely the most honest I’ve ever been, which is the whole point for me. I think people can literally hear my heart breaking in some of those songs because it was.

How does it feel for people to be so excited about something that’s so very really you?

It’s especially wonderful to hear that because I felt a little scared during the recording process, like I was stepping out of my comfort zone and away from the ukulele-girl that people knew. I thought some of them might not like it but the response was all open arms and ears and I feel like my comfort zone keeps getting bigger, so I’m gonna have to reach to step out of it even more for the next record.

I’ve been thinking a lot about how hope is a thing you earn. Bad stuff happens or you make bad choices and you deal with the consequences, but you can still fight to hope and very good things can come to you if you do that and don’t shut yourself off from the world. Some Feelings feels like such hard-earned hope; is that intentional, or is that just me?

Oh man, “hard-earned hope” is a beautiful phrase and yeah, definitely. I think a lot of life’s big changes are painful. Moving, ending a bad relationship, changing your diet or lifestyle in general are all really difficult but worthwhile. A lot of the things that can drastically improve your life are worse-before-it-gets-better type deals.You have to just bet on a better future and plug on because the alternative is throwing your hands up, which gets you nowhere. As of Some Feelings, I had just barely broken through the surface and caught a glimpse of what life could be like if I kept working at it. I’m still out here earning that hope.

Will you tell me a little bit about the tour you just went on and what’s next for you, tour-wise and music-wise?

We just did a holiday living room tour! Living room shows are small (usually 50 tickets), unplugged shows that generous people volunteer to host. Their addresses are secret except to ticket holders and on the day of each show, I walk in to a house with a bunch of sweet, attentive humans and play music and answer questions. After the show, we always stick around to sell t-shirts and CDs and take selfies. It’s the best. The plan is to mix living room tours with club tours and spend 2016 playing Some Feelings all over the world!

Do you have any resolutions for 2016?

I’ve never been a resolutions type of person, so this is a first, but it’s more of a list of goals. I want to completely detox the products in my house. From make up to detergent, I don’t want any harmful chemicals. I want to completely heal my knees and there are other health and wellness things on there. I’ve got music videos to make, clutter to throw out, and I’m gonna be writing a bunch of articles for Radimo, which is a collective of humans documenting their best lives.

Are you always writing new music, even when you’re touring? I read that you wrote like 200 songs and only 11 ended up on Some Feelings? If yes, will you tell me a secret about the music you’re writing right now?

It was 80! I write mostly when I’m doing an idle task where I’m busy but my mind can wander so, like, walking, showering, pooping, cleaning, driving. Three of the songs on Some Feelings were written on the way to the studio in the car. I have juuuust about 11 songs (some are only half finished) for the next record and there will definitely be more dance anthems and more heart breakers.

What’s your favorite thing about your new “Make Out” video?

I love that it serves as a snap shot of how hot and cool my friends are. I hope their kids see it.

I heard from my boss and idol Riese Bernard that you are coming back to A-Camp this year. Are you excited?

Behind The Scenes of “Make Out” 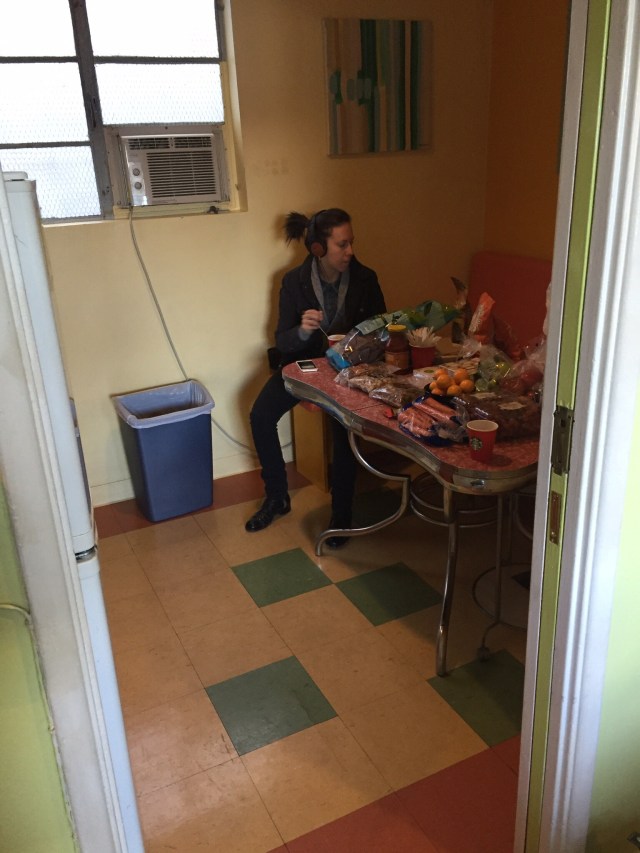 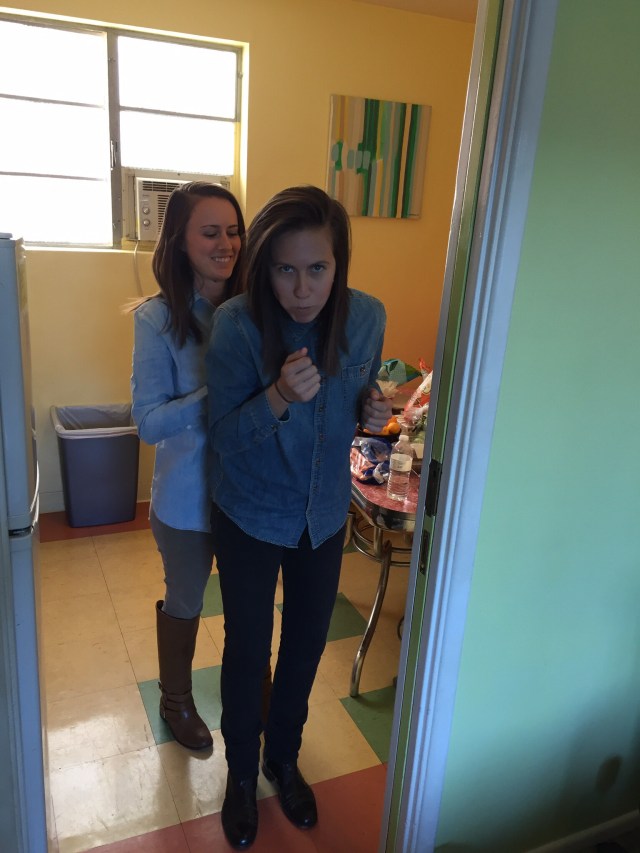 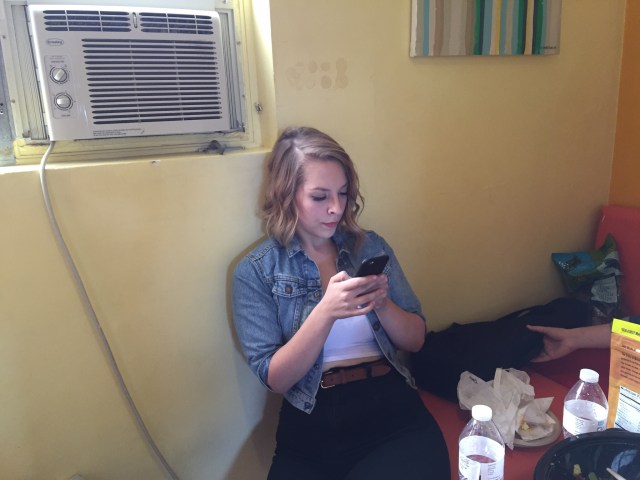 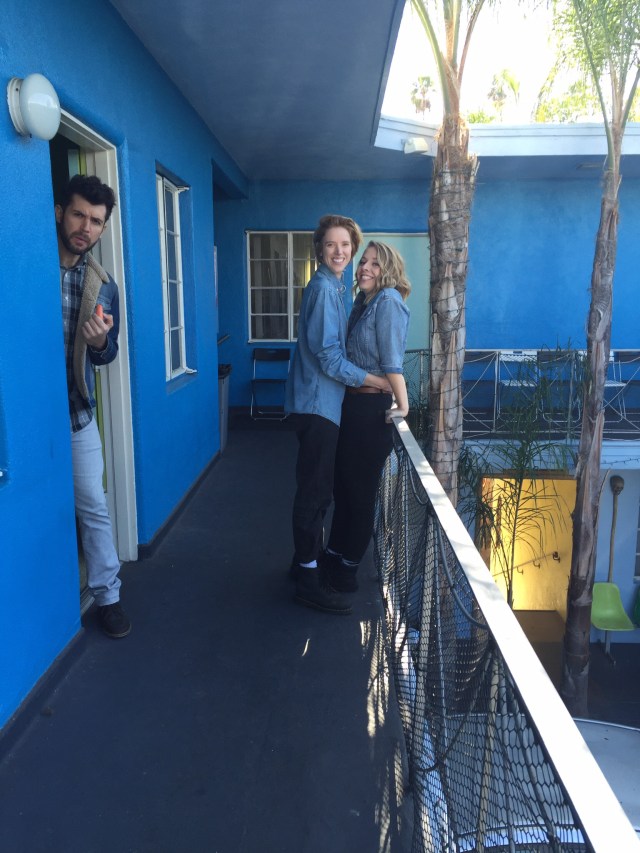 “Hello, yes, we are more adorable than a pair of otters holding hands in the sea.” (Photo by: Maggie Davis) 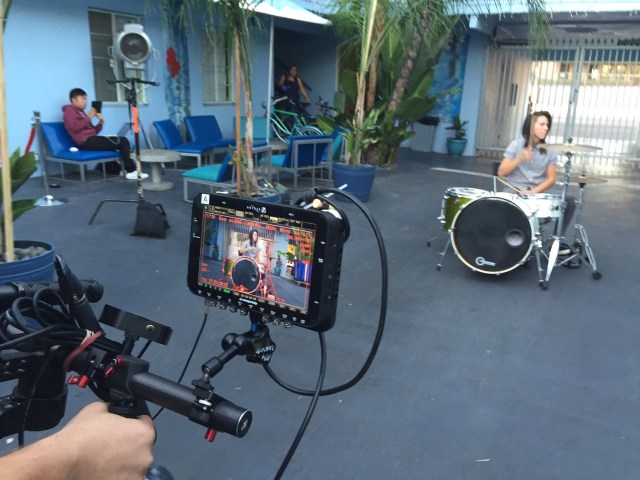 I want my MTV. (Photo by: Dannielle Owens-Reid) 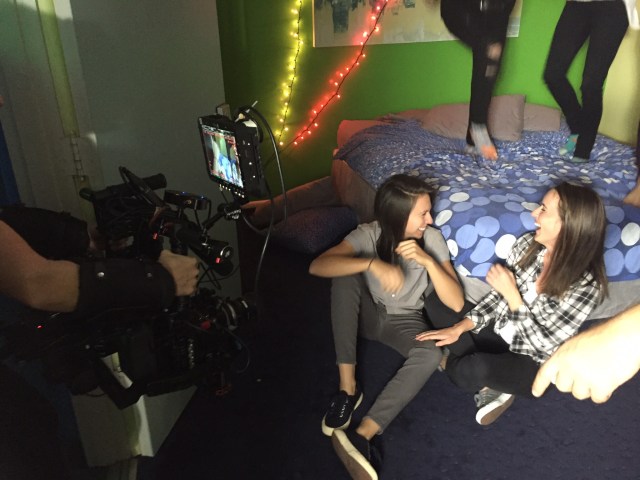 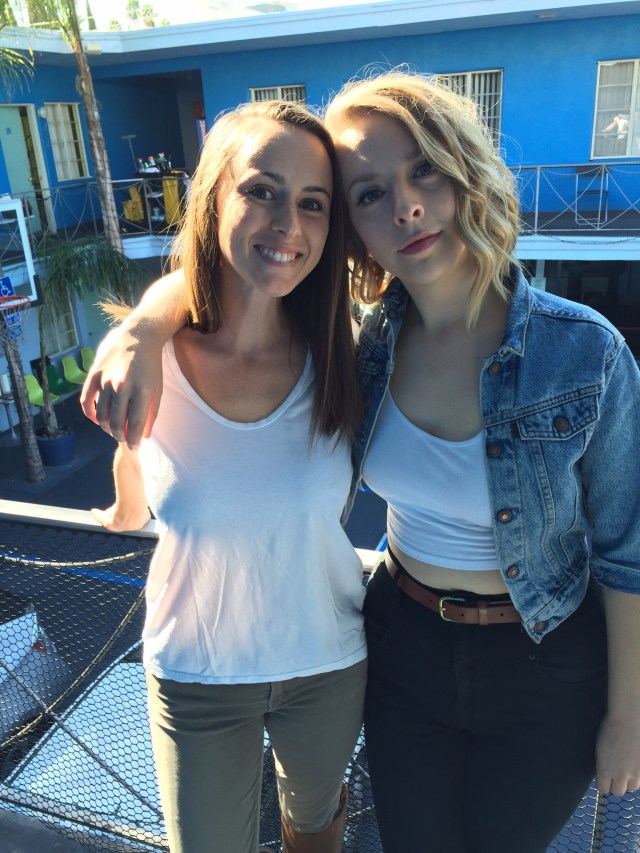