Everyone knows that I love comics about witches, but what you probably also know, is that I love comics about witches of color even more. Because of this, I talk about Ariel Ries’ superbly brilliant webcomic Witchy almost every single day of my life. But Witchy isn’t the only webcomic I read and love that features queer witches of color. One of my favorite recent webcomics is Mooncakes, a comic about a witch and a werewolf who are best friends, written by Suzanne Walker and illustrated by Wendy Xu. 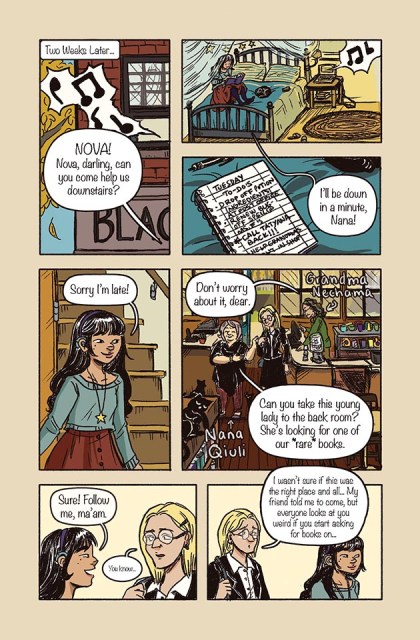 As soon as I first found out about Mooncakes I was in love. The premise is lovely — two Asian-American young adults who’ve been friends for a long time trying to navigate life as not only a witch and a werewolf, but as queer people of color as well — and writing is super charming. The basic plot right now is that Tam and Nova were friends as kids, and then now they’re teaming up again as young adults when they run into each other while facing down an evil horse demon in the woods.

My favorite style of writing is the kind that builds its story around really great characters, and Mooncakes definitely hits that mark right on the head. I feel like I was falling in love with Tam, the genderqueer werewolf, and Nova, the hard of hearing witch, as soon as I met them. Like seriously, I just want to be friends with these two. 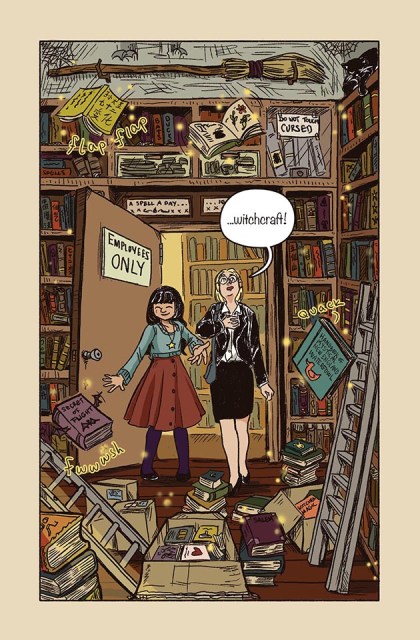 Not only are the writing and characters great, but the art is gorgeous. Wendy Xu takes the writing that makes Tam and Nova so lovable and makes them a thousand times better by drawing Tam as a super adorable nerd who thinks they’re cool (my second favorite character type after Slytherin Femmes with a Heart of Gold) and Nova as an equally adorable stylish nerd. She also does a spectacular job of drawing the environments the characters live in, my favorites are the back room of Nova’s family’s bookstore and the forest. You really feel like you’re looking into a whole new world when you look at this comic. You should definitely follow her art tumblr to see more drawings of Nova and Tam, as well as bonkers-level-adorable Star Wars: The Force Awakens fanart and one of the scariest short comics I’ve ever seen, written by Alyssa Wong.

It’s super refreshing to see a story about a genderqueer person of color, a hard of hearing, queer person of color and a couple gay grandmas. Those are all types of people I’d love to see more of in comics, and in all media, and as Walker and Xu are showing, by having under-represented characters like these be the focus of your story, you can explore narrative and artistic avenues that mainstream comics often ignore. And I know that I’ve been focusing a lot on these labels, and while they are important to the characters, you never feel like it’s all the characters are. They’re fun, full characters who are made more fun and more full by the fact that they belong to these groups. 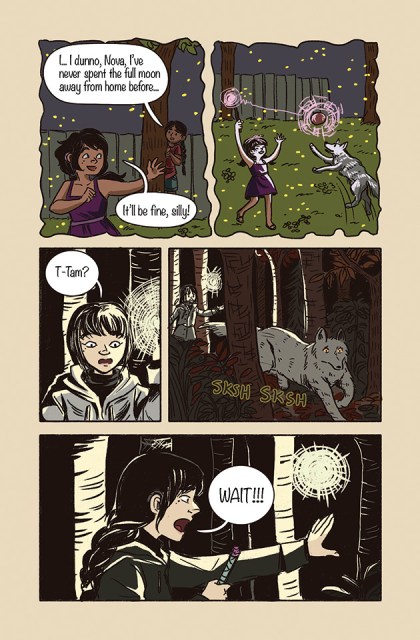 If you’re a new reader who’s wanting to check out Mooncakes, you’re lucky, because the series is on hiatus right now. That means that it’s the perfect time to start from page one, get all caught up and to start building up excitement for new pages! If you fall in love with this comic like I did and want to help make sure that Xu and Walker can keep making Mooncakes, you can support them on Patreon.

In other really awesome news that I saw this week and wanted to share with you, Ariell R. Johnson opened up Amalgam Comics & Coffeehouse in Philadelphia and in doing so has reportedly opened the first Black-owned comic shop on the East Coast. If you’re a woman or a person of color, you probably know that it can pretty hard to find a comic shop that acts like you belong there, and while things are definitely getting better for WOC who are comic fans, things still aren’t that great in a lot of places. So Johnson’s shop is an extremely welcome change to an industry that’s largely white and largely male. 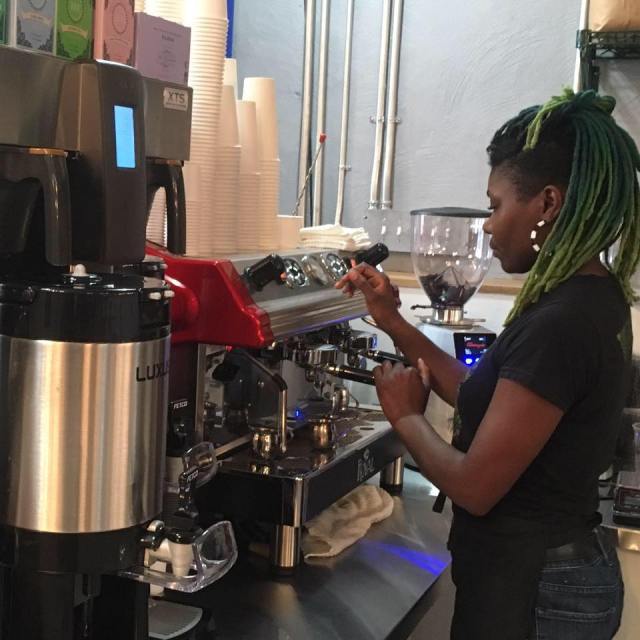 Johnson working in her coffeeshop.

Johnson has said that one of her goals is to “showcase diverse comics, creators and characters.” She added that “we think that comics are for everyone and anyone that loves comics — women, people of color and the LGBTQ community.” If you live in or near Philadelphia, you should definitely check out Amalgam Comics & Coffee and perhaps make it your new weekly stop for new issues of comics and coffee.