Does this week feel endless to anyone else? Good thing it’s finally Friday! Come celebrate and laugh at the Harry Potter Award which made me Literal LOL.

So many things happened this week! Holly Miranda answered your questions and we discussed her album The Magician’s Private Library, Riese & co. liveblogged the Superbowl in which someone won and one of our commenters got to have sex, and Robin and Alex debuted the first two 2012 CALENDAR GIRLS! Also: some ideas for buying cologne or perfume, Rachel discusses the second book in our bookclub, The IHop Papers, Riese tells you why Planned Parenthood is important (seriously!) and IT WAS LANEIA’S BIRTHDAY GO TELL HER YOU LOVE HER.

On Your Turn to Help Some Helpless Queers: How About a Little Formspring in Your Friday?:

The Canadian Smarties Reign Superior Award to reg.e:
i’m so distressed over this news. poor Americans. first they don’t have healthcare then they don’t have smarties. if it wasn’t for snow, crappy netflix and stephen harper i would tell all of you to come here.

The Massage Attack! Award to aikido.adonia:
I totally read that as “massage her” & I was like “hell yeah” that takes some balls. Then I re-read it and was like “eh yeah” still takes balls but not as much as a random surprise massage

On 2011 Superbowl Liveblog: Two Football Teams Will Play a Game, Declare a Winner:

The An Actual Reason to Care About the Outcome of the Superbowl Award to kelis, terracottatoes, Yogi, Emptyspiral19, wallow14: 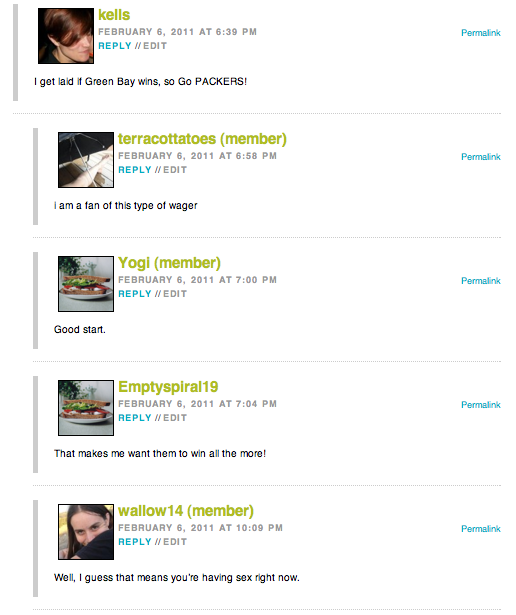 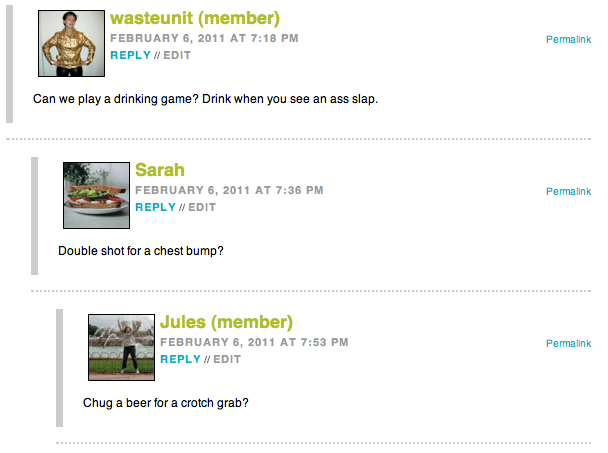 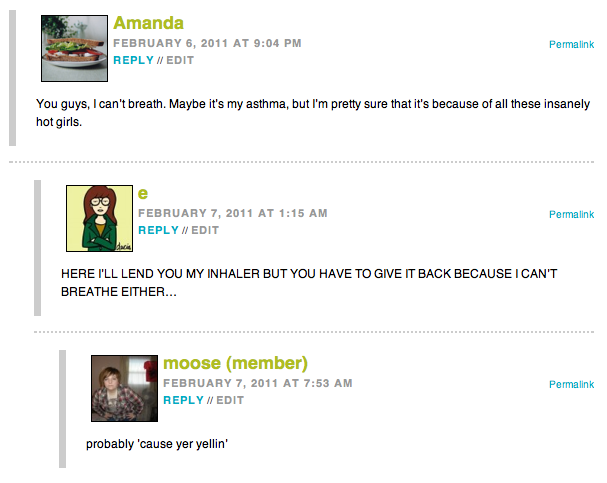 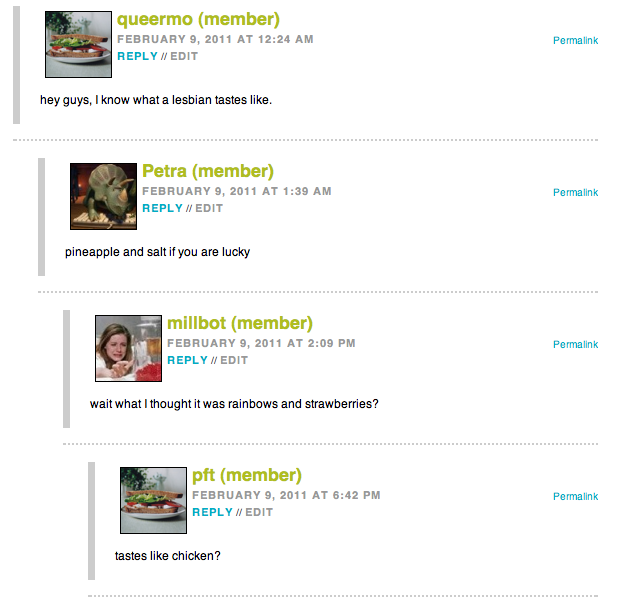 On How to Smell Good 101: Cologne & Perfume Guide for Queers:

The How to Meet Queers Award to BetteJean:
I buy this vanilla body spray from Walgreens called Body Fantasies Vanilla, it’s like $5 and it’s not some Bath and Body bullshit where you sell like watered down vanilla and sugar poop. No no. This stuff is balls to the walls vanilla, you sell like vanilla extract that you bake with. Everyone flocks to me and then lingers around so they can smell me. It’s how I meet new people.

On Logo’s 2011 NewNowNext Awards Will Predict the Future:

The Harry Potter Award to bani:
harry potter and the deathly hallows 2 MUST WIN, or
you are a fool (logo) and you will lose
EVERYTHING
and how is carmen carrera even nominated for most addictive reality star? seriously, she has zero charisma uniqueness nerve talent.

On Lesbian Teen Speaks On Why She Fought to Royally Court Her Girlfriend:

The Queen Victoria Award to ohgee:
Also I got confused by the headline and thought that there was some British princess fighting Queen Elizabeth for her right to date ladies/wear tuxes/party.

The 35032 Ways To Have Mindblowing Sex Award to GrrrlRomeo, Brooke, Amanda, dizzy: 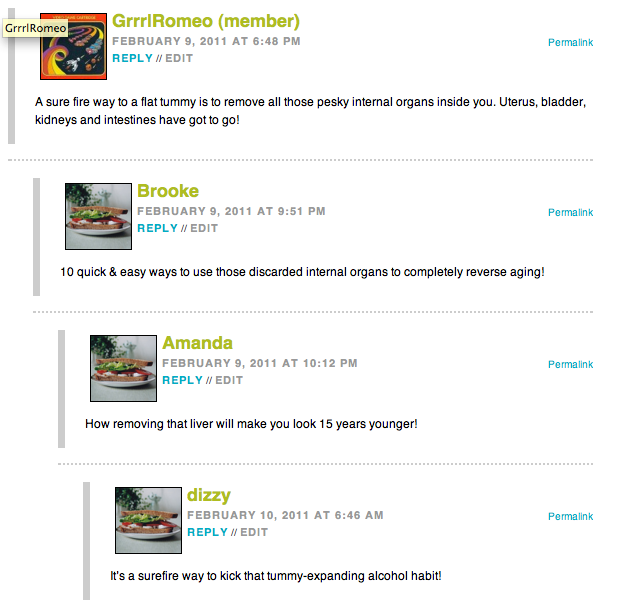 The Touching Award to via:
whatever. you shouldn’t care about how your body looks, just how it feels.
really I mean your clit. right now. done.