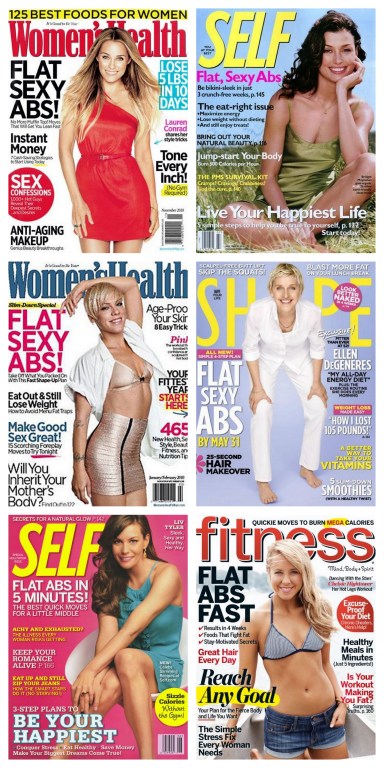 They promise to tone, transform, fix, and whittle your body, but all women’s fitness magazines really do is help you lose all that flabby self-esteem you’ve spent years accumulating. How are they bullshit? Let us count the ways.

They seem like a capital idea, an alternative to the laws-of-physics-defying sex positions of Hot Slutmopolitan or the jumping model fashion spreads of Glamourvagina or the banal makeup tips of OMG BOYZ Monthly, but between the glossy cover lines featuring smiling celebrities inviting you to yoga class and exclaimed sentences about having your BEST BODY lies a disturbing subtext, an indicator that the English language itself has been hijacked and repurposed to sell diet pills that will give you a heart attack.

It’s happened so quickly and soundlessly that we didn”t even realize it was happening, but words like “fitness” and “health” have become dog whistle terms that imply “thinness” and “dieting.” Nowhere in the Women’s Fitness Magazine definition of “health” is there room for real strength, unless it’s a quarter page of lip service paid to a female body builder who is, I don’t know, sharing her tips for avoiding breakfast pastry cravings and fitting in her workouts between dates and shoe shopping.

We’ve long suspected that “fitness” is secret ladymagcode for “neurotic thinness,” and a perusal of three of this month’s “health” and “fitness” offerings — Self, Fitness, and Women’s Health — has shown that there’s some serious subliminal self-worth eroding shit going on. Readers are sold the idea of being healthy and strong and fit and end up with a stack of weight loss ads and splashy graphics about having pretty hair. The pervasive “lose weight” message is fed to us like a dog pill slathered in peanut butter, and we’re expected to just take it and go happily scampering off.

Between the three magazines, weight loss as the goal of fitness and calorie counting as a requirement of eating was mentioned and repeated and harped upon on over 100 pages. The second most popular topic featured in women’s fitness magazines? Makeup and beauty products, which take up 60 pages of the publications. We also are taken on a delightful journey through clothing, accessories, and jewelry, because nothing says “health” like having a nice healthy watch by Tag Heuer or a cancer-fighting Kate Spade bag. There are some lessons to be learned, though, important lessons that will help all of us feel crappy about ourselves without actually getting any stronger or loving our bodies: 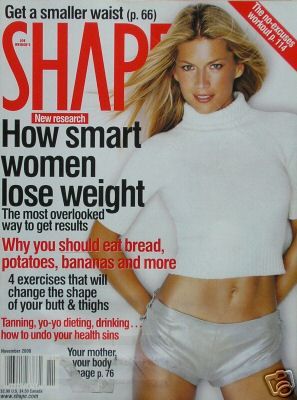 Have an unbelievably fucked up relationship with food and expect that every other woman does as well. Desserts are “indulgent,” and “sinful” and calories are to be obsessively counted. Breakfasts are compared side-by-side and analyzed for fat content. Tips about how to resist the urge to eat a piece of cake abound. Foods are discussed as “belly busters” or “fat fighters” rather than “delicious things that you put in your mouth, chew, swallow, and enjoy without obsessing over.”

Think about your hair. A lot. Each of the three fitmags featured extensive discussions about hair and how to make it appear healthier using various products to be applied topically, because health cannot be achieved without chemicals. Do your hair in interesting ways, using interesting products, to, uh, indicate health and fitness.

Never stop wanting to be smaller than you are. Your ultimate goal should be to shrink to the point of complete invisibility. We should not be able to see you when you turn to the side. This month’s issue of Self featured an article that encouraged its readers to maintain their “slim down drive,” like it’s something that occurs naturally, like prey drive, or sex drive. “Here we see a gathering of bonobo monkeys scrutinizing each other’s thighs and vowing to collectively do more lunges. The natural beauty of the slim-down drive, in action.” It’s not natural to want to be smaller; that’s why you get hungry when you don’t eat enough. The magazine could have easily repackaged “slim down drive” as “workout drive,” but instead they chose to play on their readers’ insecurities by creating one of the Most Bullshit Phrases I’ve Ever Read.

Placing ultra thin celebrities on the cover alongside headlines that urge readers to “look great naked” or “fight winter weight gain” also suggests that these fabulous celebrities are worrying about these things, and that if they’re worried about it, you should be extra doubly super worried and that, in fact, the best thing for you to do is buy this magazine and buy the things it tells you to buy. 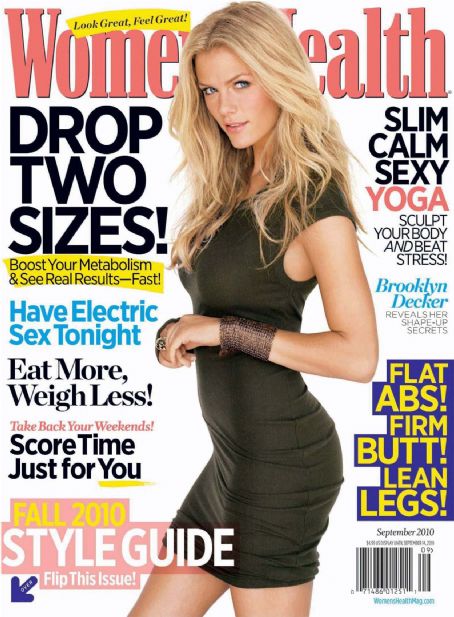 Aging is not healthy. Fight it tooth and nail. This month’s Fitness magazine featured a quiz that asked its readers to discover their “real” age based on their levels of physical fitness and their weekly diets, warning those who are secretly old that it will negatively effect their hair, skin, and weight (I quit the quiz after it said I was 15 years old and then made a poorly received joke about regressing to my pre-menstrual years using the power of exercise. Work out so hard that you become a teenager again! Stop your period with fitness). The other two magazines were dotted with fleeting fearful references to avoiding looking older and ads for skin creams that will promote looking young. Erm, “health.” 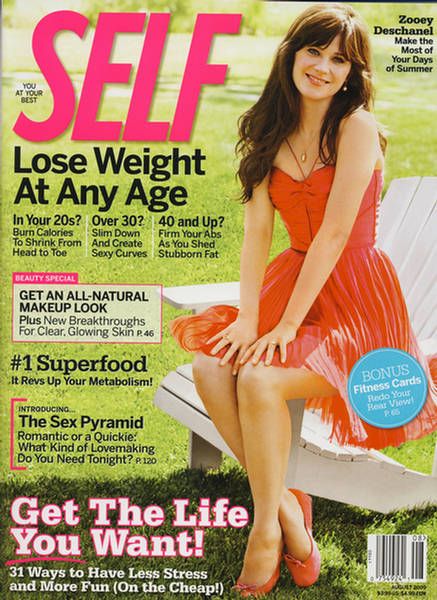 Every woman knows what “problem areas” mean, and if you only solve your “problem areas,” you will solve your actual “problems.” Women’s Health would really like you to look great naked, you know, for yourself. Fitness promises that cover girl and Olympic gold medalist Lindsey Vonn will share with readers her flat belly secrets. Because if Lindsey Vonn, professional athlete who makes money from using her body to accomplish physical feats that require a great deal of strength, balance, and concentration, cares about one thing, it’s having a fucking flat stomach. 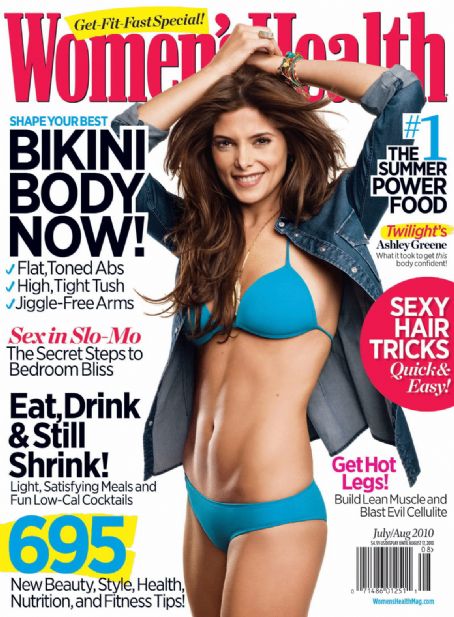 You are very stressed out about all of this. Stop that! Each of the three magazines offered tips to help their readers destress, because it’s assumed that between worrying about their problem areas, their sex lives, their slim down drives, and the precancerous cells coursing through their veins at all moments of the day, readers of women’s fitness magazines are on the edge of mental breaks at all times. Try some aromatherapy! Use some of these products! Why not do yoga and destress while toning, because you should Always Be Toning (even, according to Self while brushing your teeth.). About midway through Women’s Health, there’s a two page ad for an anti depressant, and no wonder. After pages and pages of text telling its readers that they’re too fat, too old, and undersexed, I’m sure their brain cells could use some chemical rebalancing. 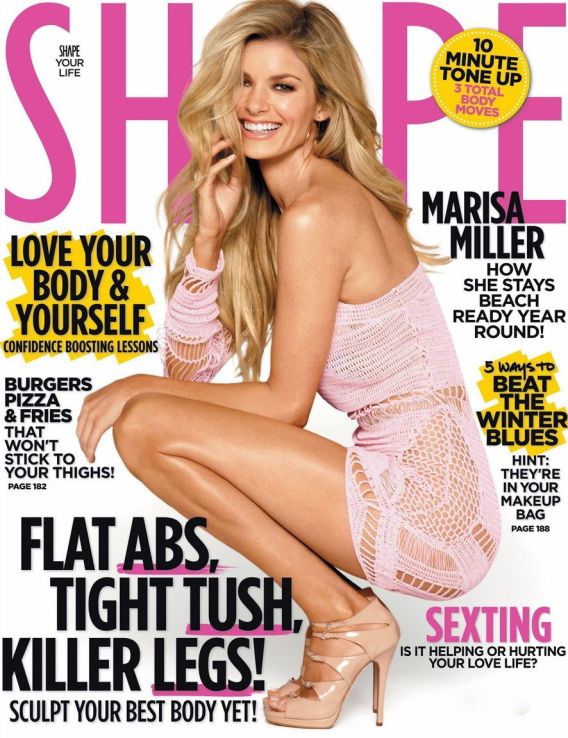 Women’s fitness magazines are packaged and sold as an alternative to the sex obsessed man pleasing tips of the Cosmos of the world, but they’re the same shit in a different package. They’re still telling us that the way to be happy is to be conventionally attractive and thin and firm and toned, to occupy the socially acceptable amount of space. They’re not about pleasing yourself; they’re about pleasing others, and their suggestion that they’re anything beyond that is insulting and condescending. Where’s the magazine that promises to help you squat 150 pounds by June? Where’s the guide to starting your own football league? Where’s the secret to eating foods that will satisfy you after pounding out a 10 mile half marathon training run?

These magazines are lying to us, and they’re expecting us to be okay with it, to keep buying and to keep accepting their assumption that when they say “fit,” we hear “thin.” We’re smarter than that, and we should stop rewarding them with our patronage.