Hey-o gaymos. This week, KC Danger went to Netroots and Chloe taught you how to behave. We discussed the politics of sex and regurgitated [ew] your own sex tips to y’all. Riese recapped The Real L Word and Pretty Little Liars. Becky has fashion for your queer summer and Rachel cooked with rhubarb. Yummmmm! Riese will be at BlogHer which is appropriate because she was featured in GOMagazine’s 100 Lesbian Women We Love for being the bomb. We sold Autostraddle Shirts again and I’m not going to comment on the availability because it’s a mystery but you can go look at a picture of Kelsey wearing one if nothing else. Before we get to the comments, take a look at our Group of the Week:

Calling all baby queers! sophieluff has a group for you. I can’t possibly explain it any better or make it sound any more enticing than the group description, so I won’t:

The Part Of Your World Award to jifener25: 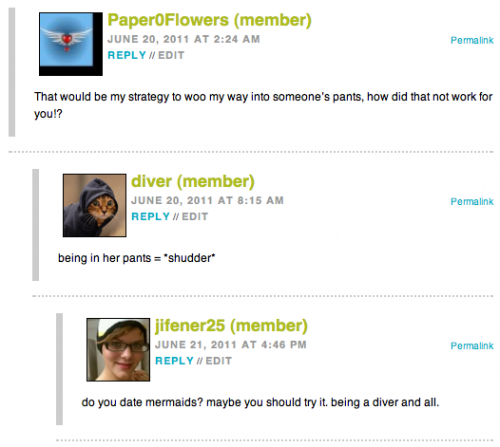 On Hey Lesbians! You, Too, Can Have Your Dress and Car Stolen By A Straight Lady:

The It Was Actually a Kitchen Supply Store Award to roszs: “Maybe she’d just borrowed the car to go to the U-Haul offices to arrange the next day’s rental?”

On Queer Latinas Have Specific Healthcare Needs, This Billboard Isn’t One of Them:

The Hair Cement Award to lilyv: 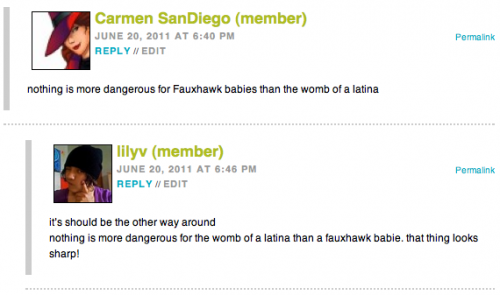 On Google Tastes The Gay Rainbow For Pride:

The Feudal System Revival Award to TheVegetarian: “Our future overlords can sure be adorable! You’ve won a loyal minion, Google.”

On Real L Word Episode 203 Recap: Back to Square One, Look What We’ve Become:

The Marissa Award for Marissa to KarmaLuna: “I think the show would be better if Marissa had been standing over the editor’s shoulders and calling them out for their stupidity.
Marissa: “You know what, this is crazy.”
Editor: “But Whitney–”
Marissa: “Do your job right!”
Editor: “But the sex–”
Marissa: “TELL AN ACTUAL STORY!””

On Gay-Inclusive Immigration Reform Could Potentially Be a Thing:

The Except Cheesecake Award to Avery: 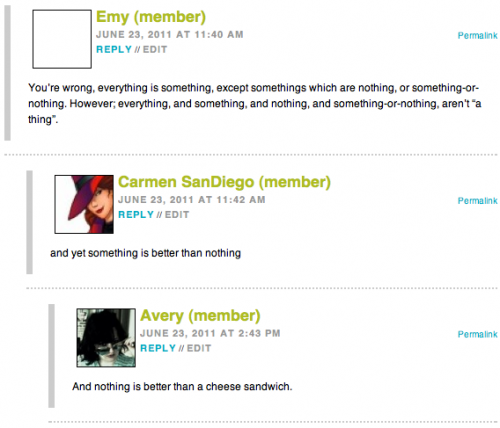