I have arrived. It has been a long and frightful(ly drunk) journey, but I did it. I am here in Minneapolis for Netroots Nation 2011, the progressive conference on online media to end all progressive conferences on online media. Where hashtags and iPads rule. Where lovers of social media, social justice, and all things leftist converge for three days to discuss strategy, tactics, and, of course, revolution. In fact, when Beyonce sang “to the left, to the left,” I think she was directing me toward Netroots. 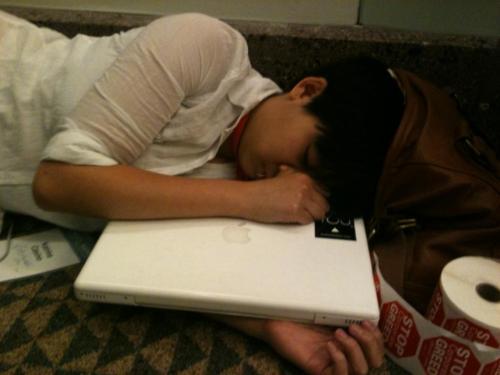 Contrary to what the title of this post may lead you believe, today was actually not the first day of the Netroots Nation Conference. Yesterday’s kickoff included sessions such as How to Be the Media, Our Progressive History, and What to Do When the President is Just Not that Into You, featuring Dan Choi (who, by the way, I served nachos to when he came to the restaurant I work at in DC. I also interviewed him at 2009’s National Equality March. We are, like, gay besties.).

Today’s sessions included an LGBT strategy session attended by members of The Bilerico Project, Feministing, and other alternative queer/feminist blogs. Not to mention motherf*cking Pam Spaulding of Pam’s House Blend. Dan Choi was also there briefly. I think he might be following me. The session also included members of the mainstream media, as well as policy-makers and organizers. And despite the fact that conversation was focused on highly- and frequently-discussed act of legislation (DOMA, DADT, ENDA, and UAFA) it was refreshing to find a diversity of voices willing to look past the surface of the issues. Individuals who recognize the ways in which issues such as class and race play into the queer experience. Individuals who realize that each issue is not just sweepingly political, but also deeply personal and who are willing to acknowledge that, yes, the LGBT community can be deeply divided, and to reconcile this, we must do more than seek equality, we must pursue liberation from the assumptions and prejudices that landed us with these problems in the first place.

Can you tell I’m having feelings yet? 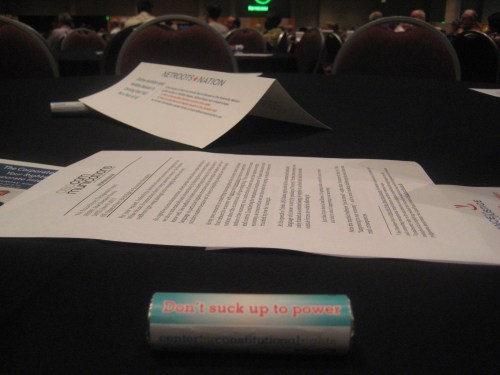 Take your advice from these mints: don't suck up to the man

And at the end of the day (the very end, like, even the part after happy hour), it’s not just about the workshops, the training sessions, or even the free lunch. It’s about the people who were there. It’s about this gathering of individuals who are all very aware of the fact that our struggle for equality continues, regardless of who we are or what our specific cause is. We celebrate our victories but understand that each triumph is the end of a battle, not the end of a war. We understand that organizing takes place in grassroots, but it also takes place in netroots (see what they did there?), and that as bloggers, journalists, activists, and users of social media, we are all affecting change.

Other highlights included free union beer (now I can justify my love of PBR beyond its golden trashy hipster goodness), a panel on a woman’s place in progressive politics (hint: it’s everywhere) and happy hour with a group of fucking rad organizers and associates who marched on Wal-Mart’s headquarters this past Thursday to demand respect for workers. 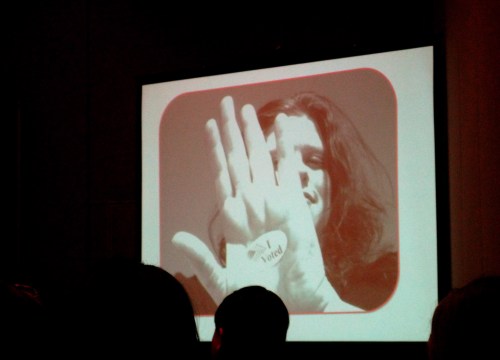 Stop! In the name of women in politics, the end of queer oppression, the use of collective bargaining, and the end of systematic injustice. Also, love.

I also met for lunch with Zack Rosen, David Castillo, and Heidi Barton Stink three bad-ass, queer, hilarious-as-f*ck mamajamas who you’ll hear more about tomorrow after our panel, Queer Media and the Alternative Revolution. And depending on how the Internet/technology feels about me, you  may even get a streaming video. You all are some lucky little hashtags, I hope you know that.

And speaking of hashtags, if a daily review isn’t enough straddle for your buck, I’m also tweeting the conference all day, every day at @kcdanger.

See all you little twitters bright and early!