June 24th was the night the New York State Senate passed a bill to legalize same-sex marriage and it was also the first night of New York City Pride Weekend. Our photos: 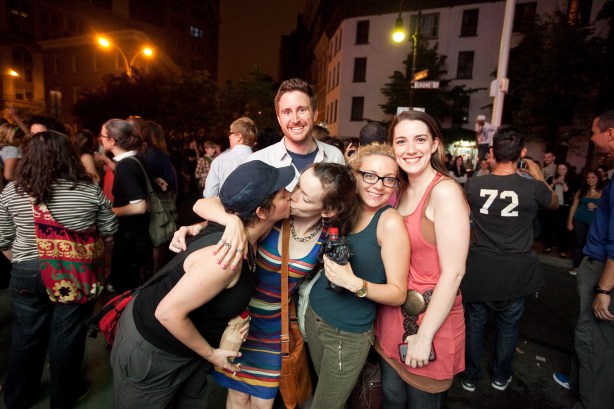