This is a very special FOT because it’s going up at midnight. We didn’t think anyone, including us, would be able to contain their Orange is the New Black feelings for that long. I mean, did you see Tumblr when the East Coast realized the episodes don’t drop until 3am their time?

Now I know not everyone can pause everything else in their life to consume this second season as soon as it is available and if that’s the case, let us know when you will have the time. My binge watching won’t start until Friday around 9pm. I have plans to get take out with a friend and hole ourselves up in my apartment. We haven’t decided how many we’ll knock out but the next day we’ll be in a park full of queer women who will probably have done the same thing the night before. Thus we’ll definitely need to have watched enough to keep up with the conversation. Don’t go out on Saturday and embarrass yourself. 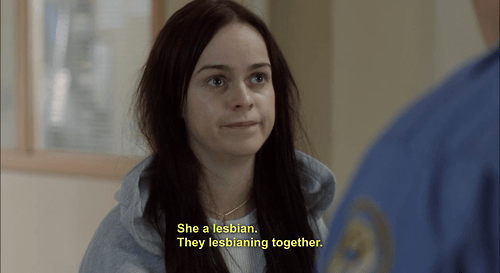 If you also have to wait a little bit to really sink your teeth in, then catch up on the many times we’ve thought critically about the show, that interview we did with Lea Delaria, that time we got a collective crush on one of the writers, that day Samira Wiley set the biggest thirst trap I’ve ever seen, or any of the moments Laverne Cox has been perfect. 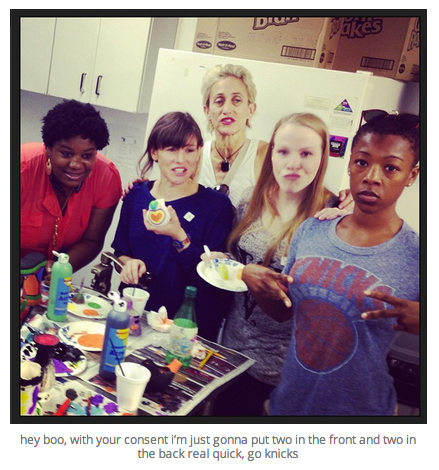 The other day Carly said, “The most important lesbian show right now is Orange is the New Black on Netflix from the creator of Weeds — ten years ago that sentence made no sense.” Well now it does, and I think the first season we were all caught off guard and discovered OITNB in our own time but this season we’re prepared to process together. I don’t really know what to say about spoilers other than don’t be an asshole but if you’re hanging around on this thread, you gotta know something is bound to pop up. We won’t be deleting stuff all willy nilly so enter at your own risk and seriously, don’t be mean. 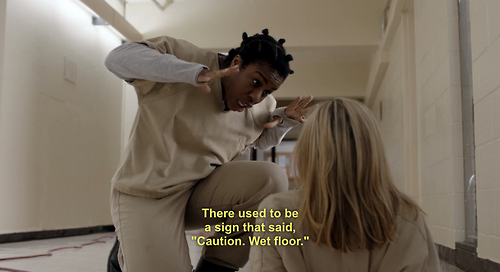 Consider this your home until you finish the season. Bookmark this page and return to it after every episode to update us all on your personal well being. I encourage you to post a photo with your snacks and/or a picture of the face you made after finishing each episode. If you have zero interest in Orange, we still want to hear about your day (but we don’t understand your life choices)! Let it all out and post a picture of you being over the rest of us.

2. Code it into your comment! Use the following code, and use a DIRECT LINK to the image. Your image link should end in .JPG or .GIF or .PNG or .CallMeWhateverYouWant even. I don’t care, but it should be an image suffix!

How To Post a Video In The Comments, Too:

3. Give yourself a high five, ya did it.