It’s here! We’ve printed our calendars and they are here, ready to be pre-ordered and shipped to you in time to give to ALL your friends as gifts! We’re so excited! Have a look: 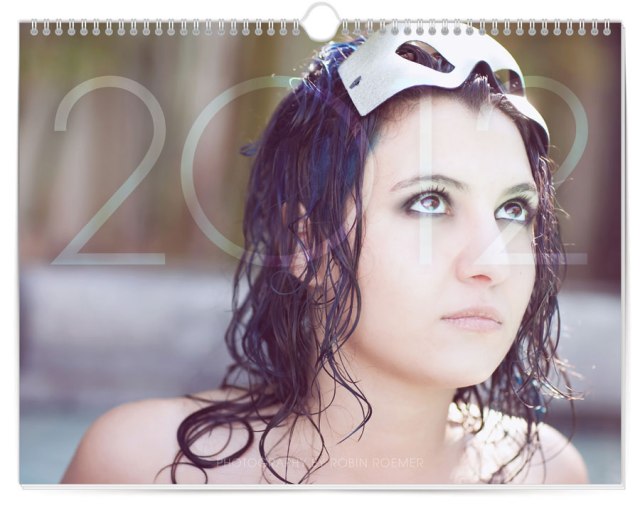 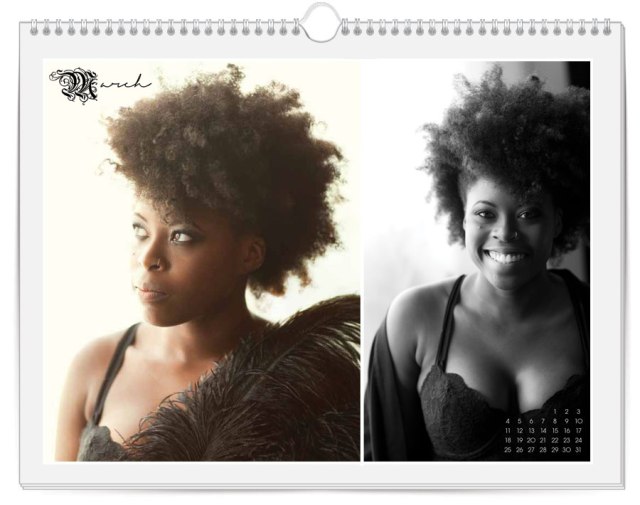 We’re super happy with our product this year. It’s a 12-page spiral-bound hardcover 8.5″x11″-sized book. Hang it on your wall with the built-in wire hook or use it as a decoration for your coffee table simply by turning the wire hook in. It’s super versatile. It’s high-quality. And we’re proud of it. 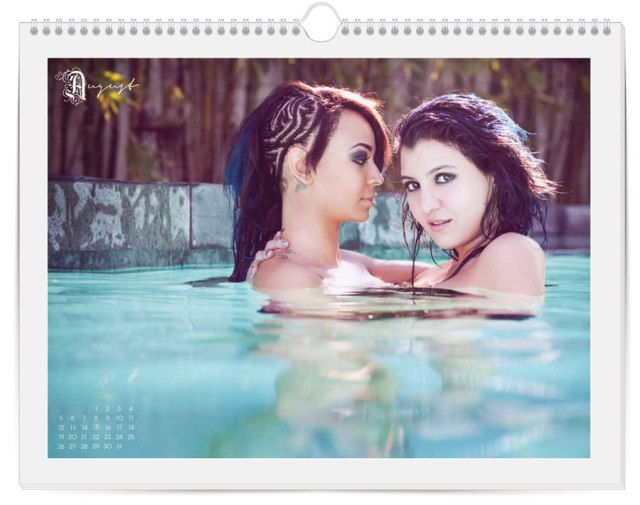 The 12 double-sided pages (24 total) include regular month pages as well as additional photo collages in between, so it’s like a timeless fancy photo book that also doubles as a 2012 calendar. 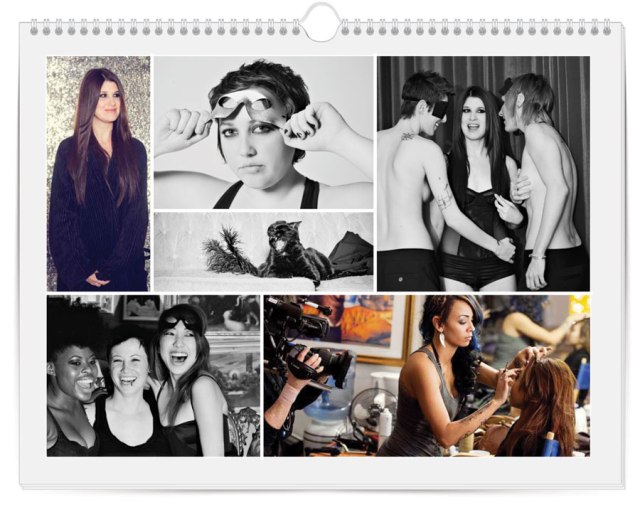 Like what you hear? We promise it’s a great way to spend $16* (plus shipping):

Get the 2012 Autostraddle Calendar here at our store.

*Preorder period is until November 21st – after this date,
the price per calendar will be $18. Get ’em while they’re hot.
We will ship these orders out the week of November 21st.

Your purchase goes towards helping Autostraddle exist for all of 2012! 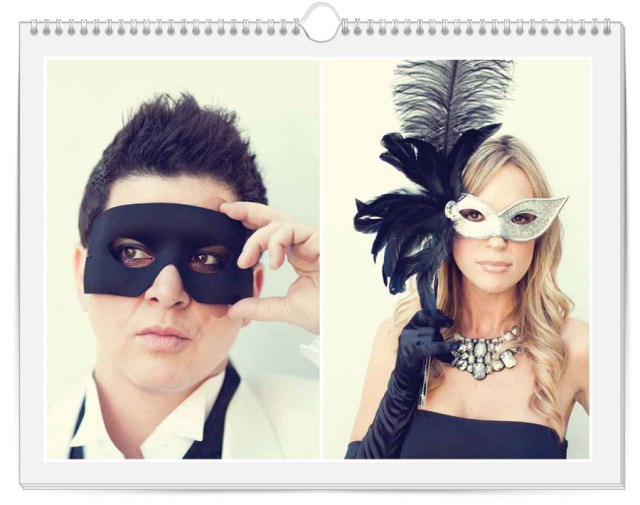 And, as always, thanks for supporting us and the things we make for you!

If you missed any previous amazing Calendar videos, now’s the time to catch up and meet the girls:

+Kelli & Ashley are January/February
+Luna & Michelle are March
+Julie/Brandy and Stacee are April and May
+The Real L Word‘s Francine is June
+ Kali from Cali is July
+Maya & Brandi frolicked in the pool together for August
+ and Lily & Jessica were a double September/October month video!

Our November ladies are Steffanie and Courtney: 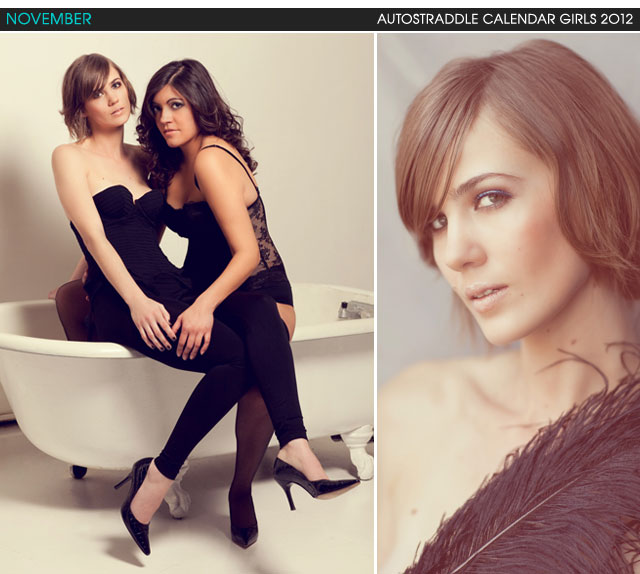 Steffanie, who is a total geek for comics and science fiction actually runs the show at a natural rock business. Who would’ve thought!

Courtney is an Alabama native and half American Indian! She’s proud of her heritage and proud to be a Los Angeles resident for 5 years now. She oversees production (aka is the Boss Lady) at a platinum jewelry company and she holds a Public Relations degree from the University of Birmingham. She’s the sweetest southern thing you’ll ever meet pretty much and we’re happy to have her on our team. 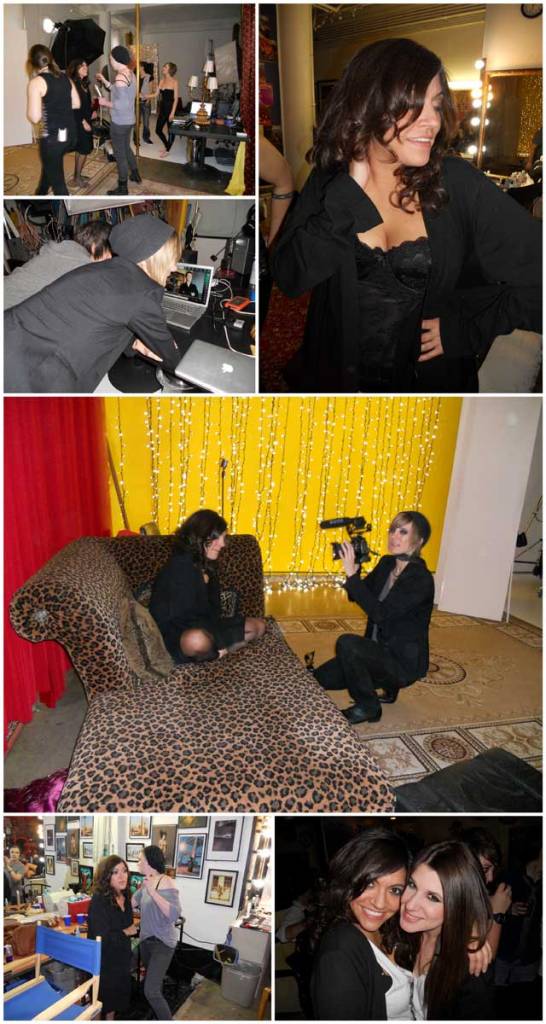 A look at some action behind the scenes, from top left: 1. chaos on set obviously,
2. Alex and Kelli reviewing some footage,
3. Courtney hamming it up for the camera,
4. Kelli shooting Courtney’s interview,
5. Courtney getting her hair did by stylist Kim,
6. November girl Courtney with October girl Jessica!