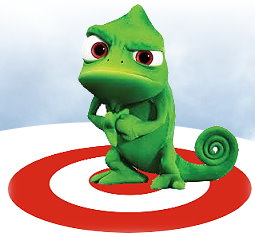 The vote on marriage equality in Minnesota this year is quickly becoming one of the most gripping current gay issues in the news. The fact that the unity and authenticity of so many families could be put up to a popular vote is of course bound to draw attention from both the media and individuals; what’s more surprising is that it’s putting the focus back on an older news story, that of Target’s involvement in gay issues.

At an annual meeting of shareholders this week, Target CEO Gregg Steinhafel made the announcement that Target as a corporation would “remain neutral” on the vote on marriage in Minnesota, where its headquarters are located. “Our position at this particular time is that we are going to be neutral on that particular issue, as we would be on other social issues that have polarizing points of view,” Steinhafel said.” Perhaps it’s surprising that the corporation had to make a statement on the issue at all; after all, how much do shareholders at an annual meeting really care about a multinational corporation’s stance on one vote in one state? Well apparently, when it comes to gay issues, they care a lot.

Despite what Steinhafel stated this week, Target has never really been “neutral” on the “polarizing social issue” of gay rights. It’s noted that “Target has a long record of supporting gay and lesbian causes, from offering domestic partner benefits, to being a major donor to Project 515, a group working to see that gay couples are treated the same as straight couples under Minnesota law.”

But then again, last year they also made a $150,000 donation to Minnesota Forward, an extremist anti-gay organization who was working to elect a pro-business but anti-gay governor. While there was an attempt at a boycott by gay activists, there was a question as to whether there would the backlash would make the company sit up and take notice, or whether it would go relatively unnoticed. But it seems like even if gay activists haven’t managed to bring the company to its knees, its shareholders are still taking its stance on gay issues very seriously, especially in light of the impending marriage vote.

Steinhafel apologized last summer for that contribution, and today he was asked about it repeatedly during Target’s annual meeting in Pittsburgh. After six shareholder questions on the topic, Steinhafel said, “Does anybody have a question relating to our business that’s unrelated to political giving? I’d love to hear any question related to something else.” No such luck. Steinhafel got a seventh question, and an eighth, then a ninth. He explained that Target has revised its donation policy since last fall, adding more oversight to the process and more input from employee groups. But he said Target would remain involved in making political contributions.

Combined with the fact that, according to the Wall Street Journal, Target may be losing its footing in the market in general, this doesn’t look good for the retail giant. Now that a dramatic backdrop of families fighting for legal recognition right next to their own headquarters is in place, Target’s donation history may finally be coming home to roost.

Slightly ironically, Target’s history of interaction with the gay community is largely positive; “Target has in the past been a major sponsor of Twin Cities LGBT Pride, where Target temporary tattoos and tchotchkes are ubiquitous. And the retailer will again be one of the prime sponsors of the monthlong series of events.” Steinhafel drives home that Target’s corporate policy has always been one of inclusiveness; but experts agree that its donation to MN Forward was a deviation from that policy, and it appears to have had consequences, even if its actions didn’t stem from active homophobia. Thomas Waters, advocacy chair of the Delta Foundation, an LGBT group in Pennsylvania, says:

“They acted in a way that was not aligned with their corporate values. That doesn’t make them homophobes, but it does call into question their value system,” he said. “Is their support for the LGBT community real? More likely, it is real, but there is a problem in the way the corporation acts and makes decisions regarding how they will use profits.”

It looks like Target is suffering from backlash about its injury to the gay community, betrayal of its corporate culture, and also a level of corporate involvement in politics and policy that many don’t appreciate. (That being said, Wal-Mart is considered a “Heavy Hitter” — which means they donate “overwhelming amounts of money in hope of influencing the political process”)

Mike Dean, executive director of Common Cause Minnesota, says “Target should stick to business and stop meddling in our democracy,” he said. “Target Corporation has failed to learn from the controversy last year by continuing to make corporate political donations.” It certainly seems like Target is failing to learn something. Finally aggravated at the shareholder meeting after continued insistent questioning on Target’s donations, Steinhafel snapped “I think we’ve sufficiently addressed that topic.” But it doesn’t look like anyone else is going to let it go.