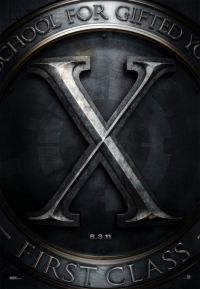 If you read comic books then you already know that the X-men tend to be one big allegory for civil rights (whether they be racial, national, ethnic or queer). For those of you who don’t read comic books, I’m sure it’s not exactly a stretch to see how in the “geez, mutant power scares other people/the government but also makes me awesome and special” we can just swap in sexual orientation/gender identity/general queerness. Yeah, not a big jump. Anyways someone on thinkprogressive.org wrote an article about X-Men first class saying just that.

More importantly, (as Louis Virtel pointed out on movieline.com) if you scroll down to the comments section you can see that, in response to commentators saying otherwise, X-Men:First Class screenplay writer Zack Stentz actually took the time to say the following:

Um, no offense, but you’re wrong. I helped write the movie, and can tell you the gay rights/ post-holocaust Jewish identity / civil rights allegory stuff was all put in there on purpose. Joss Whedon designed the whole “Cure” storyline in the comic books specifically as a gay allegory, and Bryan Singer wove his own feelings of outsiderdom as a gay man into the movie series. The whole “Have you ever tried NOT being a mutant” coming out scene in X2 isn’t even particularly subtle, while it is effective.

I think we can all learn a valuable lesson here. If you hate on gays/X-Men on the internet, the writer of Agent Cody Banks will tell you off.

Most importantly, this guy made a Youtube video totally relevant to this post (and the main reason I wrote it).