So my girlfriend and I were invited to a very serious Harry Potter-themed Halloween/birthday party. While neither of us have a lot of enthusiasm for H.P. (I know, I know, I’m sorry!) we knew enough vague facts to brainstorm some ideas. Like, the fact that there are owls. So I set to work on figuring out how in the world to make owl costumes that were a) recognizable as owls and b) customizable so that we would clearly be an owl couple rather than twin owls (kind of the same principles to apply when working out who can have which short alternative lifestyle haircut). I spent a lot of time looking at pictures of owls on the internet. And this is what I came up with! 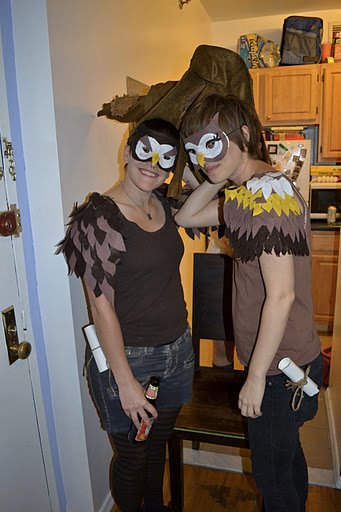 yes that is a sorting hat

This requires some planning. So first, trace the shape of the mask on a piece of paper, including the eye holes. Then, draw owl ears on it. Or rather, approximations of owl ears — owl ears are pointy and triangular, kind of like this guy has: 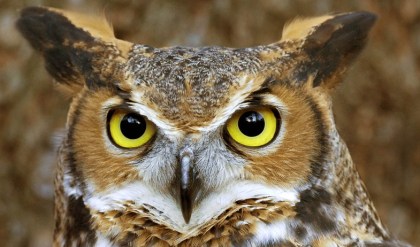 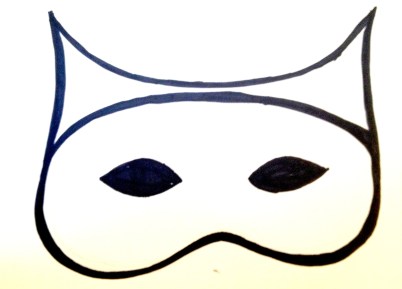 Cut the shape you just made out of brown felt, and glue it down to the mask. Make sure it’s pressed down into all the mask’s various curves. I made one in light brown and one in dark brown. 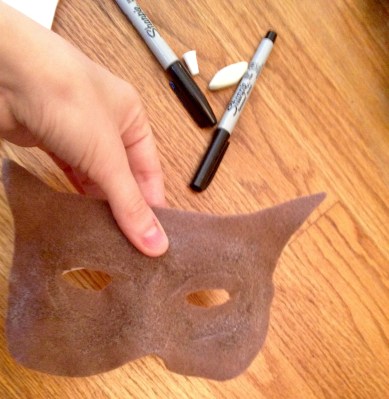 Now, return to your drawn template, and draw a figure-eight shape over the eye holes. Then cut it out in white felt. 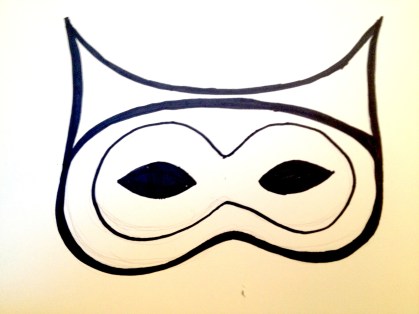 To make the nose, draw an ice cream cone shape where the nose should be, and cut it out in yellow felt. Glue it to the white figure-eight shape. This is also when you are going to customize the owl’s face. For mine, I gave my owl mask long brown eyelashes. For the second mask, I made triangular shaped eyebrows. 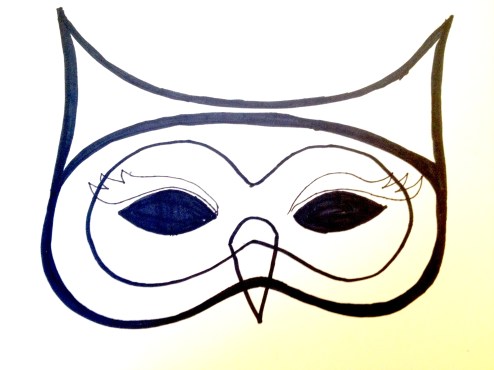 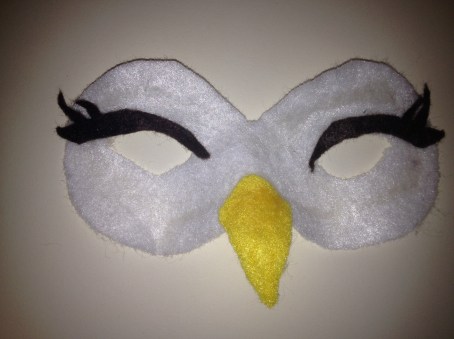 Now glue it down to the base of the mask, and you’re done with Part One! Just make sure the eye holes line up. 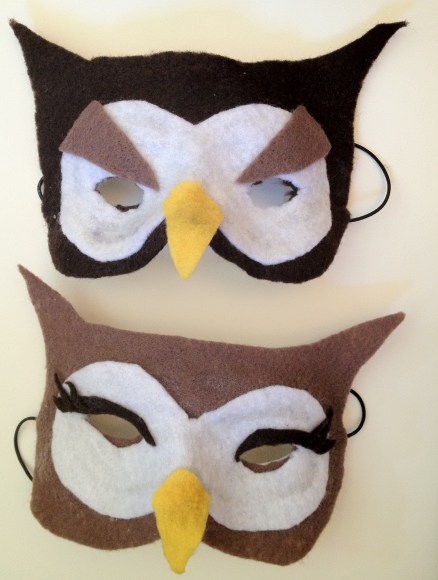 To make a wing, cut your felt into the shape of half of a heart. They should be big enough to cover about 2/3 of your upper arm. The pattern of the owl wing is completely up to you; owl wings come in a lot of beautiful, intricate patterns, and it’s pretty much up for interpretation (for the sake of these costumes). I cut felt into teardrop shapes for feathers and made two different designs for each pair of wings. One is alternating light and dark brown, and the other is kind of a star burst effect, starting with white at the tip and darkening to brown around the edge. 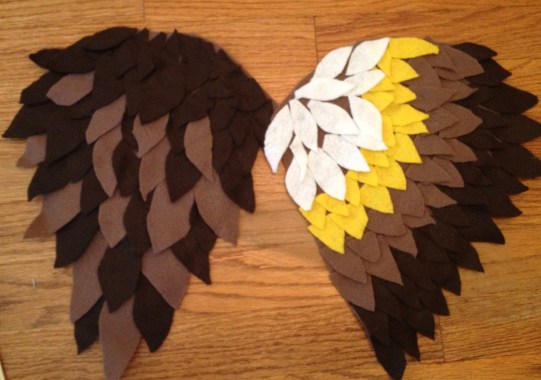 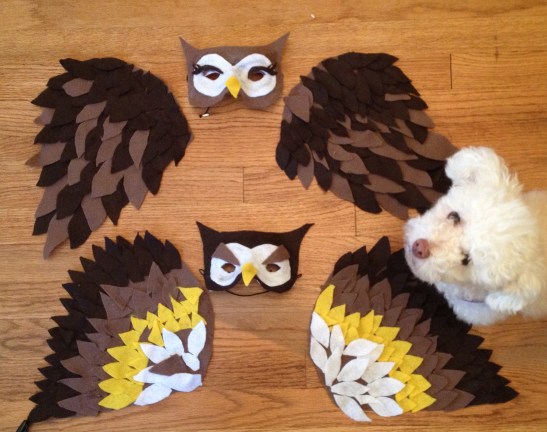 To wear the wings, just safety pin them to your shirt. So we’d look like we knew what we were doing, I made tiny paper scrolls tied with twine, and we carried them around like owls with letters from Hogwarts.

+ Rhianna and Katy Perry at the VMAs
+ Hothead Paisan and Chicken
+ Pam and Tara
+ Each other (do this only if you are okay with your friends rolling their eyes at you forever)
+ Gertrude Stein and Alice B. Toklas
+ Romi Klinger and Michelle’s high school reunion
+ Pebbles and Bam Bam
+ Any vintage couple from this list
+ Butches leaning on things
+ Calvin and Hobbes
+ Valerie Solanas and Andy Warhol
+ Thelma and Louise
+ Oprah and Gayle
+ Danny and Sandy from Grease
+ Michael and Stephanie from Grease 2
+ Drake and Nicki Minaj
+ Dolly Parton and Dolly the Sheep
+ Dolly the Sheep and Clone
+ Starbuck and Laura Roslin
+ Hilary Clinton and Michelle Obama, 2016 Presidential Elections