Hello and welcome back to another inning of A League of Their Own Style Thiefs! I’ve already told you how to dress like femme jock goddess Greta and the dreamiest pitcher on the planet, Max Chapman, who is a champion of what I call the “casual-hot” look. Next up to bat is Carson Shaw, so has come oh so very far from this: 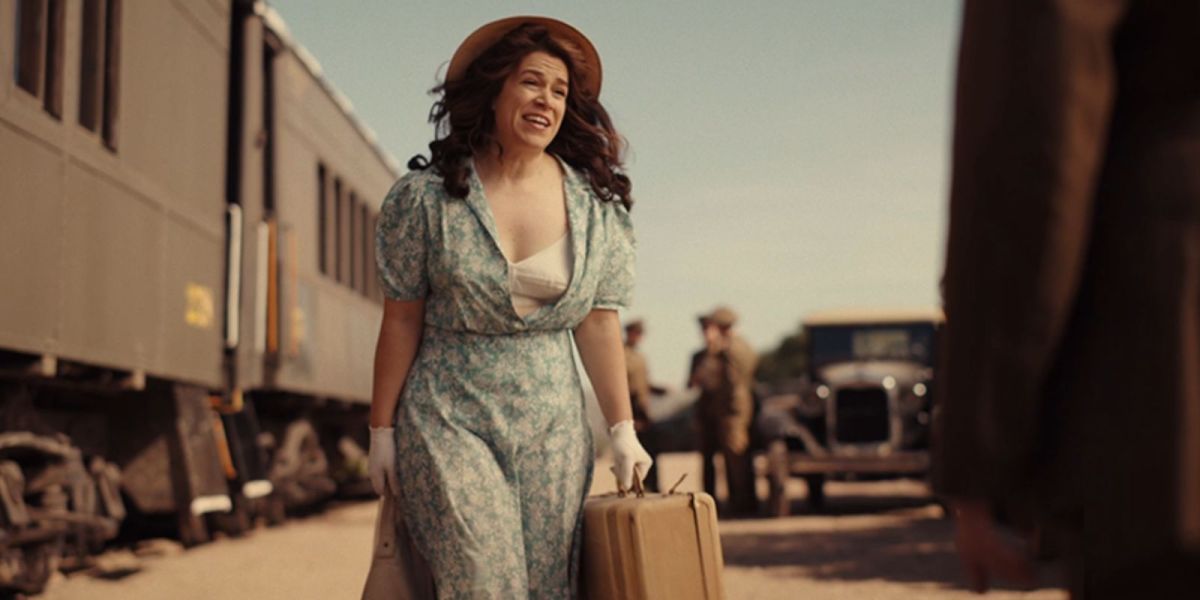 I said this in my Max Style Thief, too, but Max and Carson’s wardrobes throughout the first season are so fun because they really evolve. Their styles have an arc. Carson doesn’t shirk dresses entirely, but she does break out of the sort of demure housewife trappings of her previous wardrobe, instead turning to plaid shirtdresses and mixing in some pants as well. There’s a lot of plaid going on in her looks these days, and an abundance of plaid is also how I started coming out of the closet. You know what they say: Once you start putting plaid in the closet, you’re about to come out of the closet. (No one says this; I just made this up.) 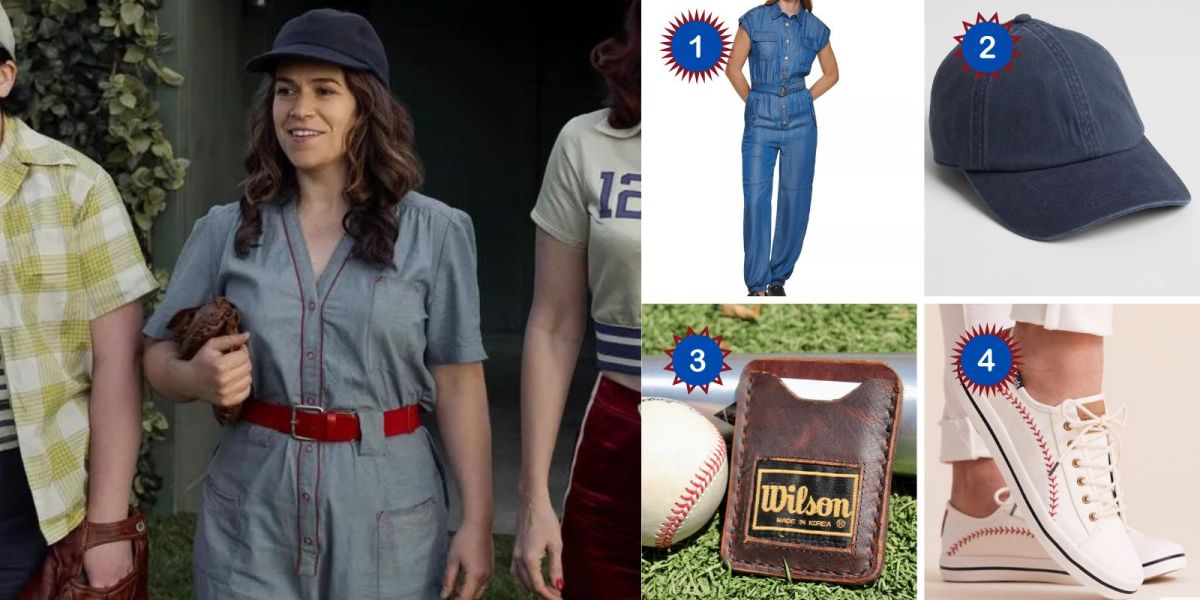 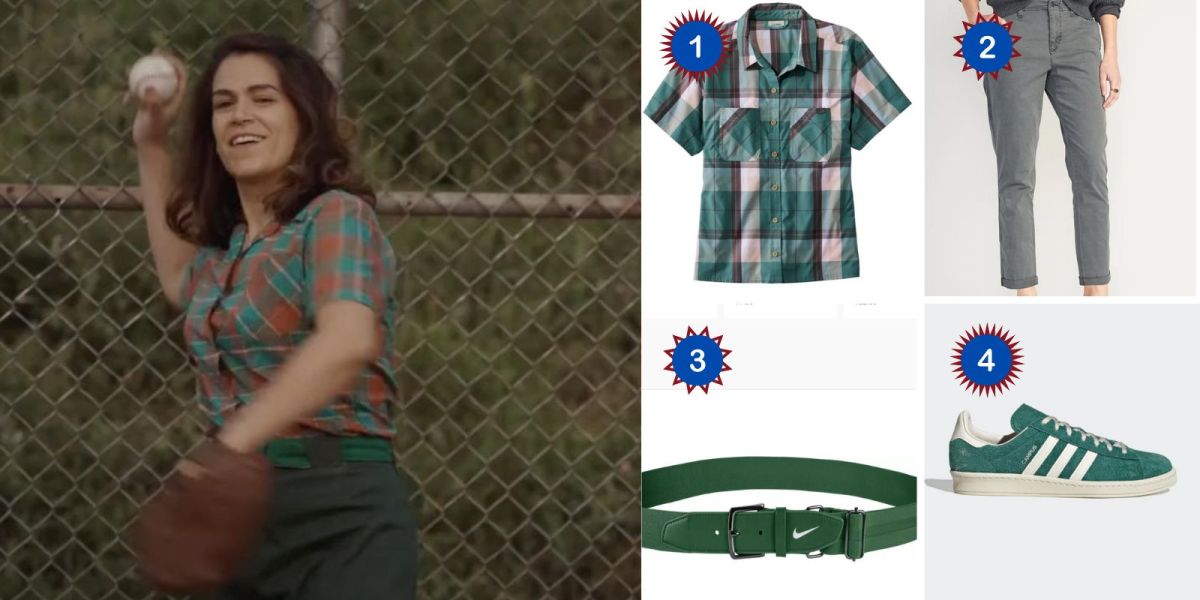 Are we brand-mixing with Nike AND Adidas in this look? Yes, yes we are. I don’t think Carson would really care about such things. Carson is a little chaotic, and I feel like this outfit captures some of that spirit while still at the end of the day being a cohesive look. Wear it to “have” “a” “catch” with someone cute, if you know what I mean (I don’t know what I mean). 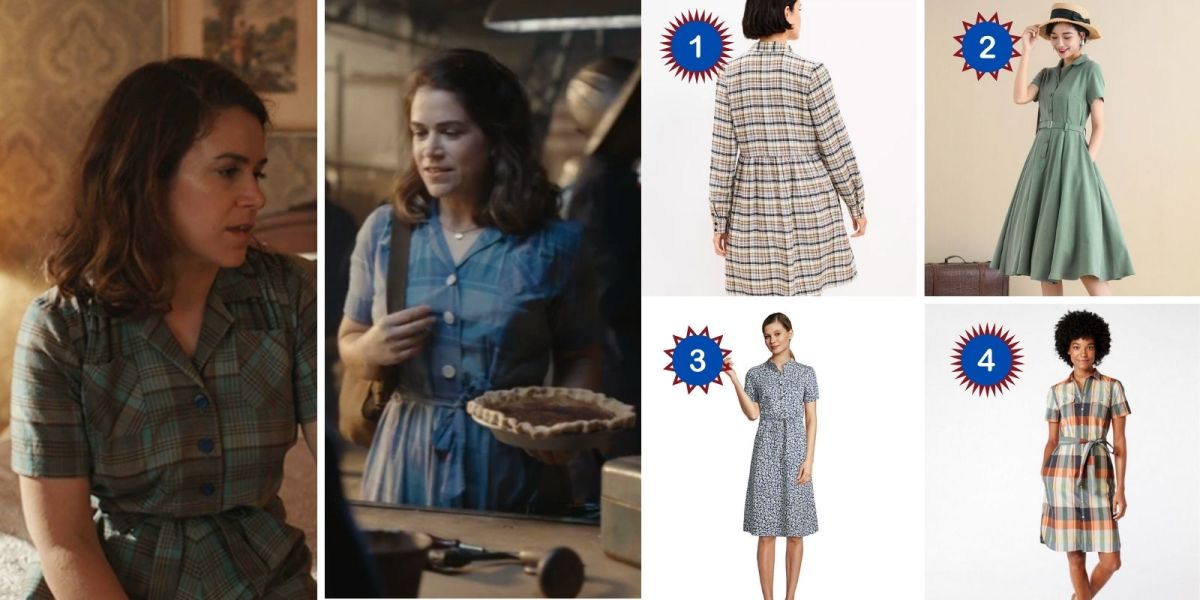 This really is the staple Carson Shaw look when she isn’t in something more casual like pants and a tee. What can I say, my girl loves a sensible shirtdress. The best thing about shirtdresses — especially ones that are patterned like hers — is that they’re super easy to style! Most of them have built-in belts/waist ties, and you can keep the jewelry minimalist. I found four different shirtdresses for you to choose from, so go wild! 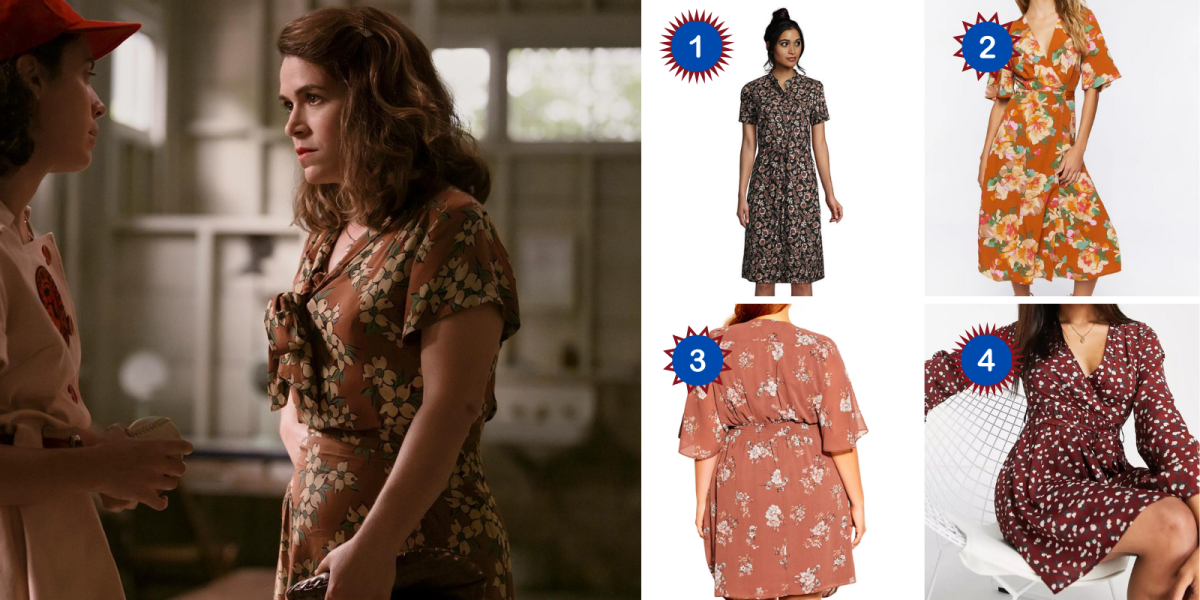 Okay, my favorite thing about this dress is that if you dialed up the reddish brown color of it to more of a deep red then it would look…exactly like something GRETA would wear. Whomst amongst us has not gradually absorbed elements of our partner’s wardrobe? Tis a queer tradition. But at the end of the day, Carson does wear much more muted and cool-toned colors than Greta. I’ve picked four dresses that feel distinctly Carson-esque but also modern. Dresses that may be floral or patterned and yet still have a tomboy-femmeness about them. Carson straddles a lot of lines, and I like that about her. I feel like the Carson of the modern era would wear a lot of skater dresses.

Thanks for joining me on another Style Thief journey! Next up, we’ll tackle Jo!