Hello, Bravo Dykes! Welcome back to another exciting round of me telling you about the latest queer happenings in the Bravoverse. Today, we’re talking Real Girlfriends in Paris, which isn’t exactly of the Real Housewives galaxy per se but thematically overlaps in that it is seemingly about a wealthy group of friends and the ways they cycle through hurting each other’s feelings and apologizing for hurting each other’s feelings. But these friends are all in their twenties or early thirties. So, no, sadly the “girlfriends” in the title refers not to queer partnerships but rather to the fact that these are young women who are also friends.

After watching the first two episodes of Real Girlfriends in Paris, I’ve concluded it’s basically Emily in Paris meets Summer House. The premise is…a bunch of young American women living abroad in Paris. It’s slice-of-life reality meets dating reality, much of the “plot” revolving around who the girlfriends are dating, hooking up with, etc. Girlfriend Anya is the self-designated “mother” of the lot, sporting her finest Madeline drag in every scene so that she looks like a caricature of an American woman living in Paris. This outfit? It’s so on-the-nose? Like “Paris outfit” clipart? No notes tbh: 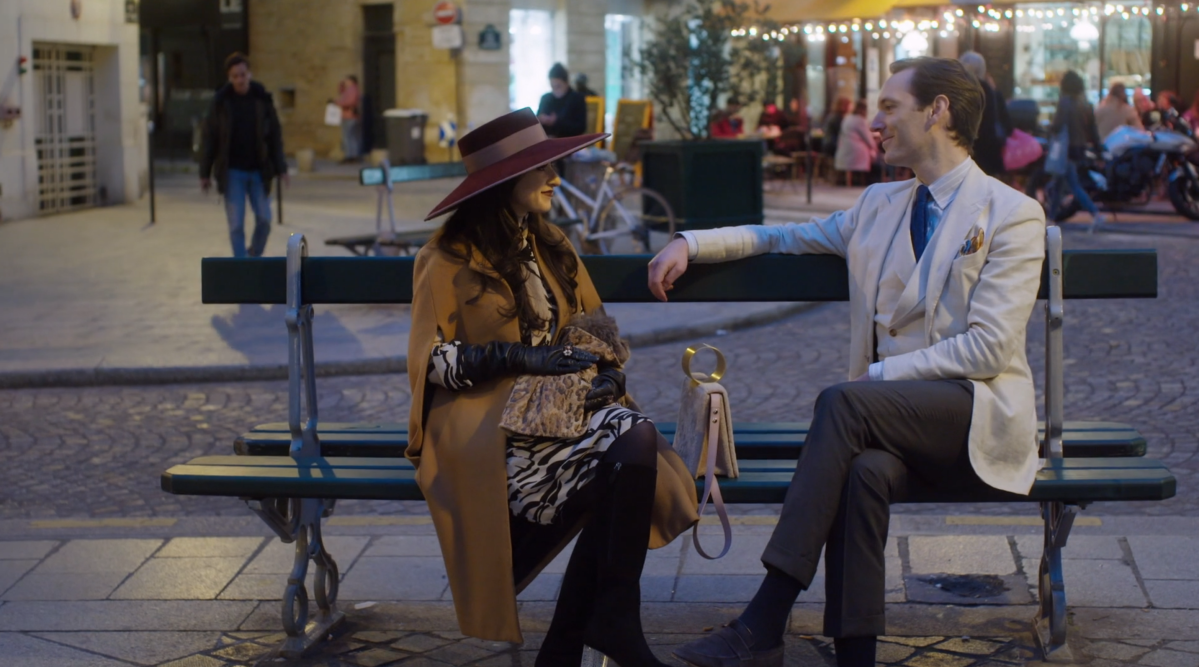 Now, I would have finally written a strongly worded letter to my father Andy Cohen — something I’m constantly threatening to do and never following through on — had a show with the words REAL GIRLFRIENDS in the title turned out to not be even a little bit gay. But thankfully, it won’t come to that. Of the six Girlfriends at the center of Real Girlfriends in Paris, at least one of them is bisexual. At the end of the first episode, Girlfriend Victoria comes out to the other girls, telling them she’s interested in Emelle, a woman she matched with on a dating app when she in LA. Only fellow Girlfriend Margaux seems to have previously known this information, but all of the Girlfriends vocalize their enthusiastic support for a very emotional Victoria.

Victoria’s nerves about coming out — which clearly have more to do with the cameras of it all rather than the other girls — stem from her conservative Texas upbringing and the fact that she isn’t really out to her family. She cries in the scene, and it’s one of the few emotionally authentic moments across the first two episodes. (Another involves a candid conversation between Girlfriend Adja and her aunt in episode two.) 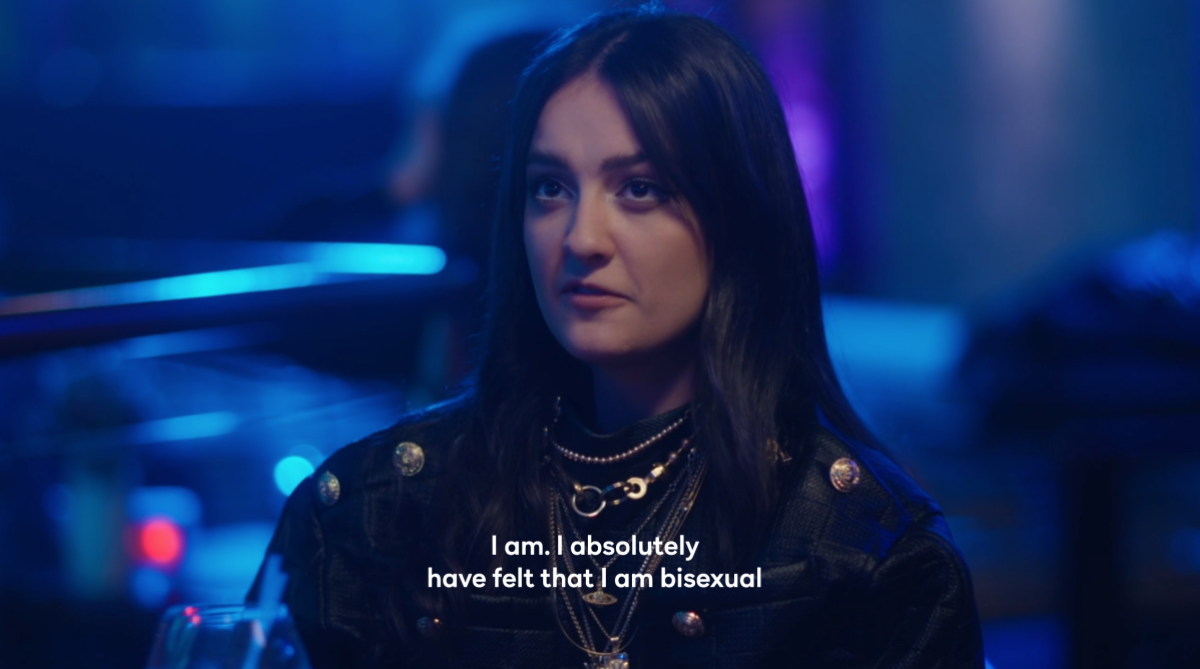 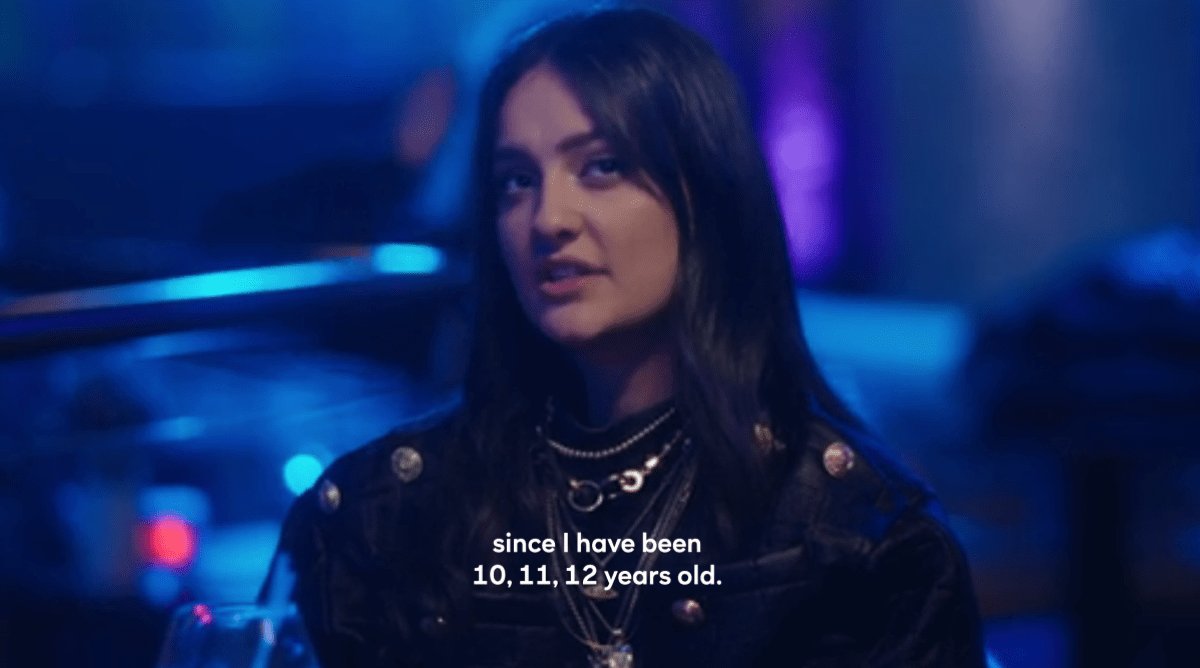 Through testimonials during both episodes, we learn a bit more about Victoria, who came to Paris to attend Parsons Paris and is now a fashion designer. At 21, she married a man, doing what she was taught she was supposed to do. He had an affair with one of her classmates in Paris, and she immediately kicked him to the curb and has since been exploring her bisexuality. She tells a group in episode two that she has known she’s bisexual since she was a teenager. In a FaceTime with Emelle, she shares that while she has had plenty of experiences with women she hasn’t really been in a serious relationship with a woman and isn’t out to her mother. Emelle shares that the way she came out to her mother was…because she was hooking up with her mother’s friend. A lot going on there!!!!

For now, Emelle is in Manchester, so any interactions between her and Victoria have thus far been limited to this one kinda stilted but also kinda cute FaceTime call. I did some Instagram snooping, and it looks like Emelle was in Paris at SOME POINT, so perhaps more face-to-face queer content is coming.

While I’m excited the Bravoverse has acquired a new bisexual (there are so many now!), I’m not totally sold on Real Girlfriends in Paris as a series. Almost immediately, some of the cast members have said food-shamey things in a way that evokes the the blatant fatphobia of early-2000s reality television. Any drama thus far has been tepid.

The Girlfriends’ lives are kind of boring, but they’re so convinced their lives are extremely NOT boring that it circles back to entertainment. I love my reality television with a dose of delusion and myopia. Like, yes, give me a 26-year-old whose main storyline is that her father has funded her entire life and she has never followed through on anything before and now he’s significantly reducing his monthly allowance for her so she can figure out her career (Girlfriend Margaux). Are there stakes? No! And yet, I will lap this shit up! But there needs to be some sort of playfulness to it; Margaux doesn’t need to be self-aware, but the editing should be. Where is the smash-cut sequence of her listing every project she has ever quit? Where is the overlaid chart showing her monthly allowance? Give me comedy, give me pizzazz, editors! Girlfriend Margaux’s “broken fridge” is played for an attempt at relatability when really it’s just a further indication of her privilege bubble (it turns out all she needed to do was flip the breaker switch). But the show doesn’t feel in on that point of view, so it falls flat. Again, I’m perfectly fine watching entitlement and privilege play out on television. I watch the entire Housewives oeuvre. I’ve just yet to figure out Real Girlfriends in Paris‘ point of view, and I think that’s because the editing and narrative are muddled.

Villains aren’t as common on these kinds of reality shows anymore, but you know what this show could use? A villain.

I’m willing to stick with show longer and see what happens. Bravo reality programs in this style especially struggle to get the ball rolling in their first few episodes, because they rely on viewer investment in group dynamics that take a while to establish. The cast has some standouts. Girlfriend Adja is immediately fun and has the quippiest testimonials; I can see myself latching onto her as the voice of reason on the show but also still someone who’s funny and drama-prone — a great combination for reality. Girlfriend Kacey’s reaction to getting ghosted by a professional handball player in episode two makes for one of those rare genuine moments, too. And I’m curious enough about the budding long-distance/online relationship between Victoria and Emelle that I will be tuning in and reporting back if anything significant occurs. As always, I’m on the lookout for any potential dyke drama in my reality television, and I hope Real Girlfriends in Paris delivers. Or at the very least, I hope it delivers something more than the somewhat stale baguette served in its first two installments.