This month’s (extra) Ask Your Friendly Neighborhood Lesbrarian is going to focus on what I’ve been yearning for, and probably a lot of you have too: comfort reads with queer characters to soothe you in today’s rough times. I’ve specifically picked books that are available in ebook format so that you can get a hold of them from the comfort of wherever your shelter in place is. Other than that, the eight books below differ wildly from each other. That includes essays, poetry, romance, YA, memoir, and more! 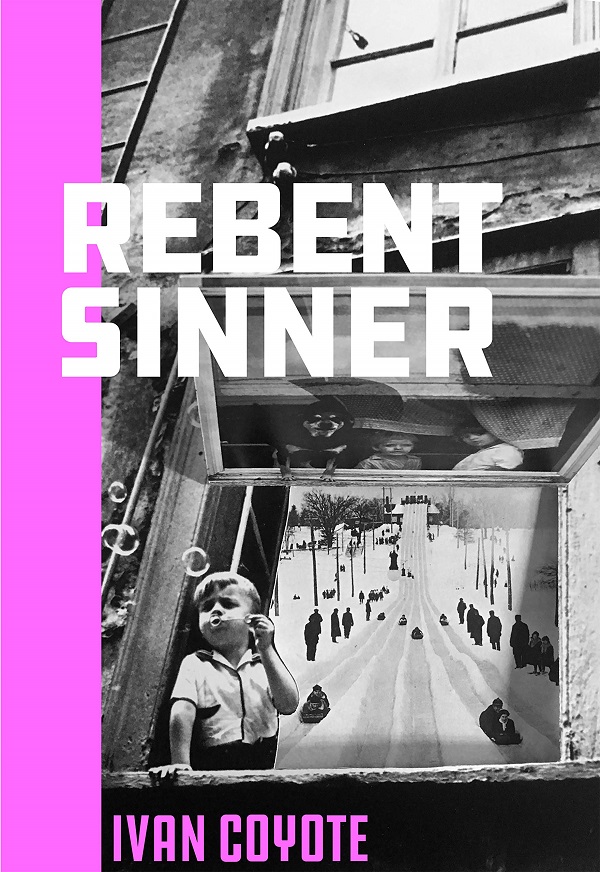 If you aren’t already familiar with renowned storyteller, performer, and author Ivan Coyote, now is a great time to pick up their latest collection of stories. There’s always a love of (queer and otherwise) humans in all their eccentricity that shines through in Coyote’s work, and Rebent Sinner is no exception. As usual, the book is a collection of personal essays, anecdotes, and other unclassifiable memoir adjacent writing. Rebent Sinner differs a bit in that it has an elegiac tone more often than their previous books, and Coyote lets out their righteous anger a bit more. But it’s still the kind of book that leaves readers empowered and feeling full of community. Coyote writes about talking to kids in schools about anti-bullying, being in the world as a queer non-binary person, being used as a spokesperson for diversity, searching for queer elders, travel, family, random human connections, and more.

A Place Called No Homeland by Kai Cheng Thom 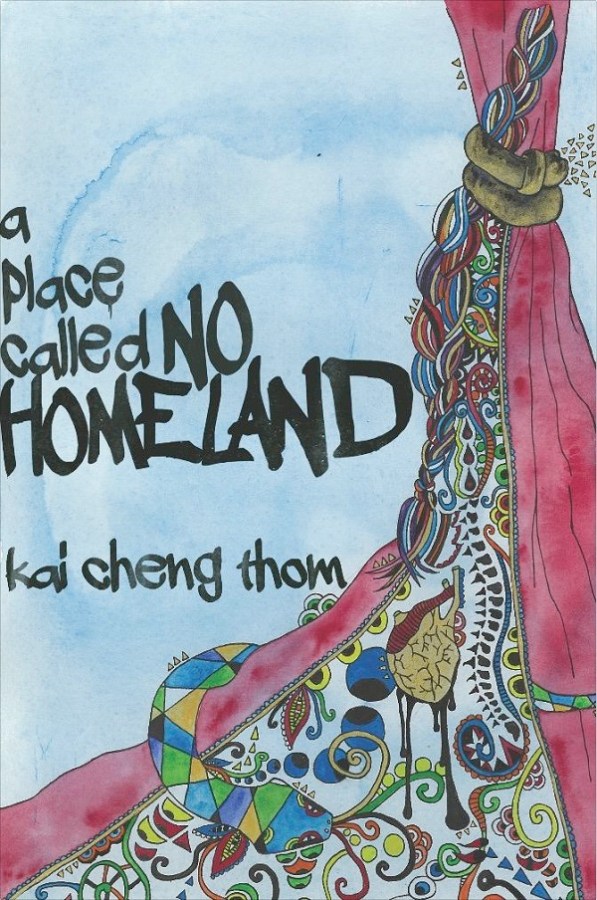 Multi-talented author and sometime Autostraddle contributor Kai Cheng Thom has written an extraordinary debut collection of poetry. They are poems with strong roots in oral traditions and spoken word, but they aren’t the kind of poems that seemed lost or out of place on the page. It just feels like she is right there in front of you! Her poems are alternately and sometimes simultaneously tough and tender as she meditates on family, race, being trans, femininity, trauma, relationships, community, sex, books, and love. Of particular interest for these times is the poem “your white cisgender boyfriend can’t save you from the end of the world,” where Thom declares that trans girls are the best apocalyptic heroes. She writes: “girl, you were born to live through the end of the world / and the end after that, and the end after that.” 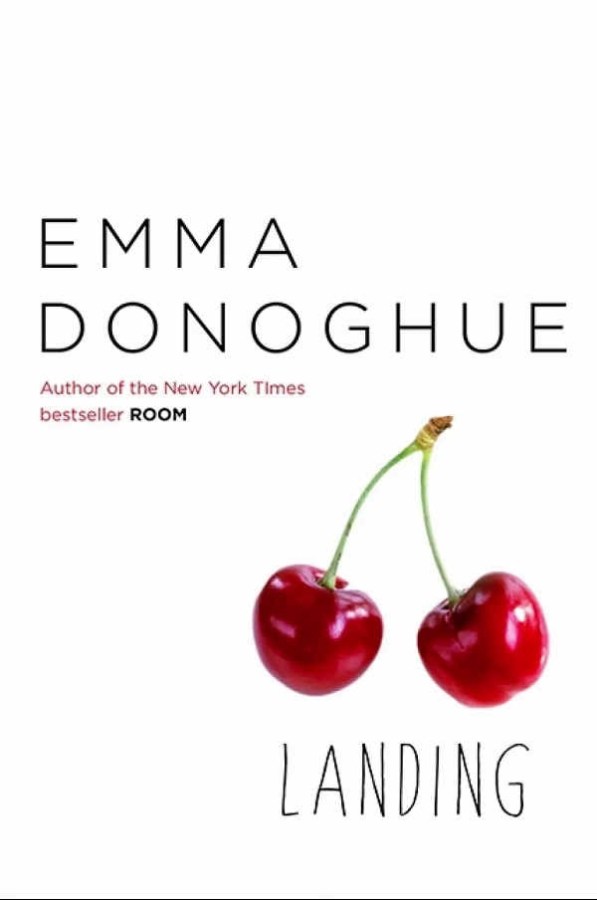 Landing is essentially humble bookish lesbian comfort food. It’s those very qualities, combined with Donoghue’s talents for dialogue, characterization, and old-fashioned storytelling that make Landing such a delight. The two women at the center of the love story have a lot of differences to contend with. On the one hand, Síle is a flight attendant from Dublin who thinks of herself as a citizen of the world. She’s 39. Jude, on the other, is a 25-year-old archivist born, raised, and still living in rural Ontario. The funny thing is, Jude is really an 80-year-old in disguise, whereas Síle still has the stamina of an 18-year-old. Also, Jude is a rural butch, and Síle is a classy urban femme. Donoghue’s secondary characters are just as quirky and delightful as Jude and Síle—in particular Síle’s best friend and self-declared hasbian Jael. 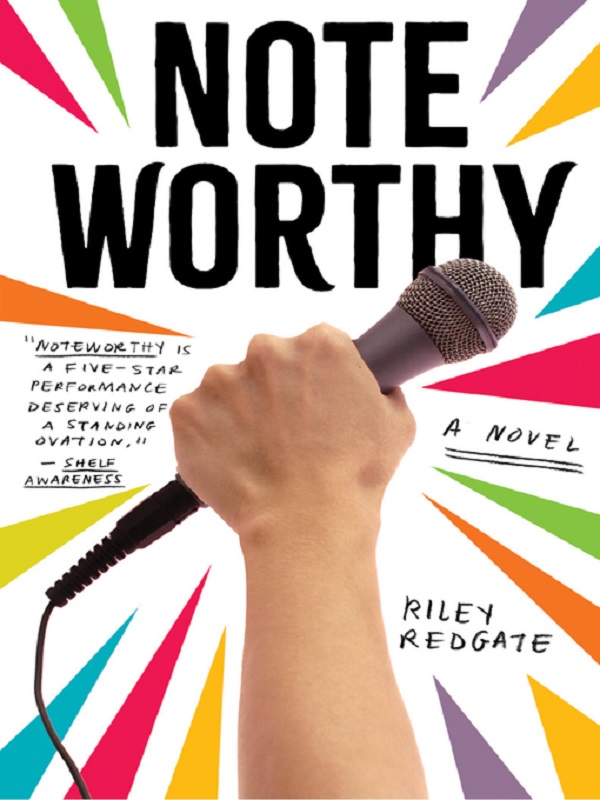 This very funny, achingly authentic YA story centers around … get ready … a bisexual girl who cross-dresses in order to get a spot in an all-boys a cappella group. Jordan Sun has a low Alto 2 voice, and when she’s rejected from the school musical for the third year in a row, she’s worried that her future at her performing arts school (and beyond) are in jeopardy. Thus she decides to take the drastic measure of trying out for the “Sharps” — dressed as a boy. It turns out that she fits in perfectly there, as a Tenor 1. How long is Jordan going to be able to keep the façade going? What is going to happen to her crush on a girl? What about her crush on a boy? What will happen to the friendships she’s made with the guys — as a guy? Chinese American queer representation, complex discussion of gender, and a story featuring cross-dressing that doesn’t pretend that trans people don’t exist!

To the Moon and Back by Melissa Brayden 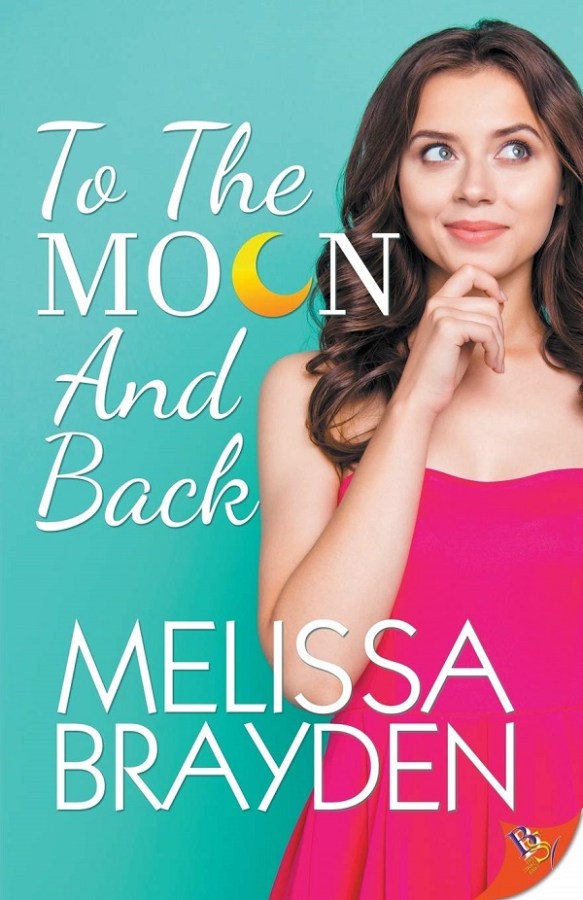 Feel-good romance is always reassuring to me, as I think it is for many people. Prolific lesbian romance author Melissa Brayden’s latest, To the Moon and Back is just the ticket. Lauren Prescott abandoned her dream of being an actress after one too many failed auditions, but she has found success as the stage manager for the McAllister theatre. Their latest production, however, might spell some difficulty for her. Fallen from grace celebrity Carly Daniel has been cast. Carly is entitled, never on time, and stubborn. Also: Lauren is unfortunately very attracted to her. Carly’s only agreed to do this play on the advice of her agent, who’s trying to salvage Carly’s thriving film career that she ruined by non-stop partying in her 20s. When something happens to Carly’s co-star, should Lauren take the opportunity to revisit her dream? And how will acting together affect whatever is growing between them? 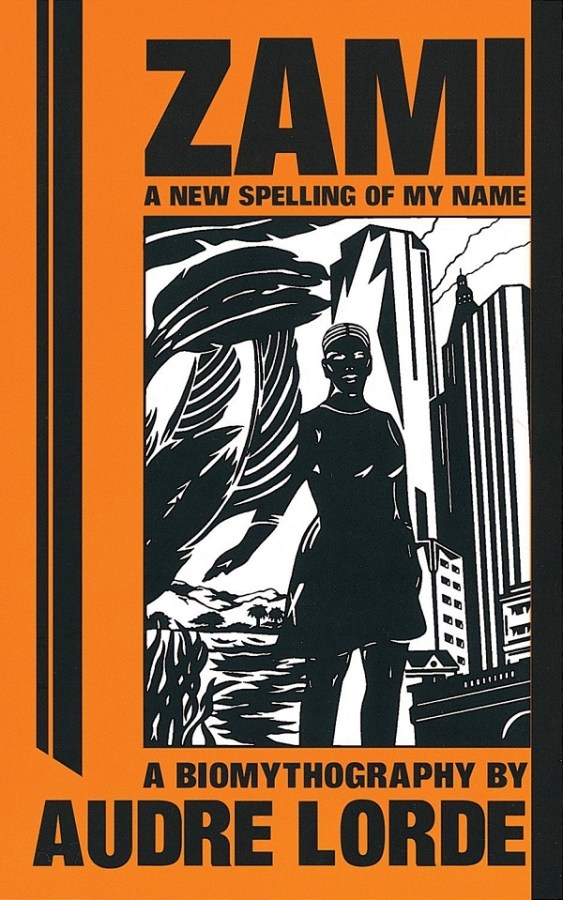 Take comfort in the legendary classic “biomythography” that is Audre Lorde’s Zami. Lorde tells the (semi-fictionalized) story of her life so far, from graphic memories of growing up in Harlem to her Black lesbian coming of age in the 1950s. Lorde’s characterizations of the women in her life — like her mother, first female friend, first girlfriend — are incredibly rich. The descriptive settings of time and place like 1950s New York City, Mexico City during the McCarthy era, and Grenada during her mother’s early life are just as lush. She writes “Every woman I have ever loved has left her print upon me, where I loved some invaluable piece of myself apart from me-so different that I had to stretch and grow in order to recognize her.” Zami is a beloved classic for many reasons; above all, it’s the poetry of her language that brings this already vivid work to life. 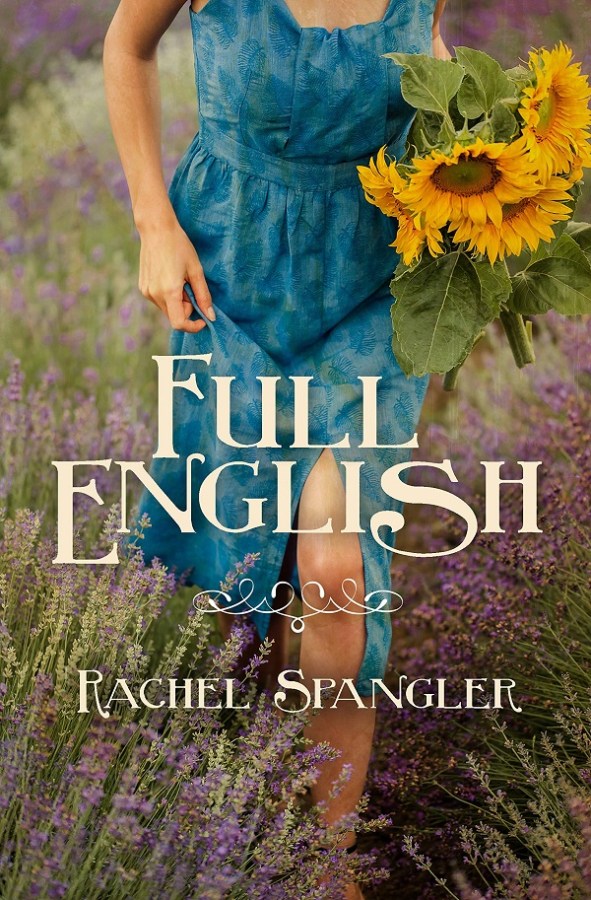 This romance has a cozy, quaint Britishness about it. In the wake of a terrible (public) divorce, best-selling author Emma Volant decides that what she needs to do is leave the US and hide for a while in a small town in the North East of England. She doesn’t know anyone there and she’s glad of it. But when the mischievous locals find out there’s a celebrity author in their midst, they get the local pub’s bartender Brogan on board to get Emma out of her shell. Brogan is protecting her heart just like Emma — but for different reasons. Despite their developing friendship and obvious mutual attraction, it doesn’t seem like either is in a position to start a serious relationship. Low angst, just gentle growing and healing! 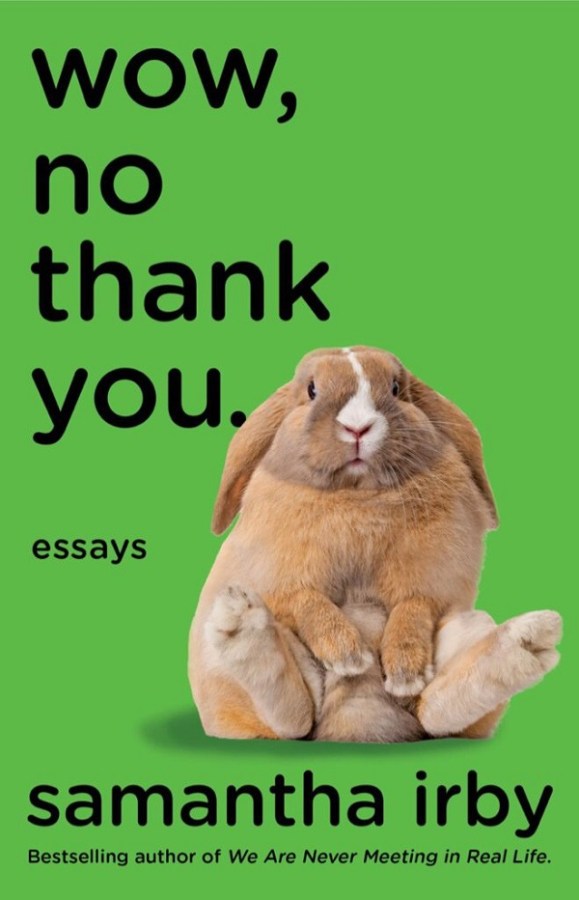 Is there any better comfort than humor? Honestly it feels like Samantha Irby’s latest collection of essays arrived just in time so that we can distract and soothe ourselves with side-splitting laughter. Irby picks up where her life is at now, writing about her now “bourgeois life of a Hallmark Channel dream,” which includes living with her wife and step-kids in a Blue small town in a Red state. But don’t worry, Irby still has bad date stories to tell: friend dates! She also writes about working as a writer on the TV show Shrill and meeting with LA TV execs as a “cheese fry-eating slightly damp Midwest person.” Irby is the kind of effortlessly funny self-deprecating author who is able to make just about any topic — blood, poop, tears, skincare, money, aging — hilarious. Check out Kayla’s full review on Autostraddle.

This list is just a few of my recommendations for queer comfort reads. But what everyone reads for comfort is different! Please share your own comfort reads with queer characters in the comments.

And if you have any requests for queer books for upcoming Ask Your Friendly Neighborhood Lesbrarian posts, let me know! You can send me an email at stepaniukcasey [at] gmail.com, comment below, or write in an A+ message.