If you read my guide to making your own A League of Their Own costume earlier this week, then you are well aware that I am far from a DIY maven. My approach to making your own Halloween costumes is a little mix of lite DIY elements that don’t require too many skills and taking the time to search for pieces at thrift stores or that are on sale online. I also tend to prefer elements/clothing that can be used beyond the costume! Sometimes, it’s easier — and cheaper — to just buy a ready-made costume. But they’re also often cheaply made and will only be worn maybe once or twice. Spirit Halloween works in a pinch, but there’s something I enjoy so much about the process of cobbling together my own costume and giving it some personal touches. So today, I’m going to tell you how to put together your own Yellowjackets Halloween costume.

So! There are a few routes you can go with a DIY Yellowjackets uniform. If you want to dress like a specific character, I made a fashion guide for adult and teen Taissa that could provide some inspiration. It’d be really easy to dress as adult Misty: transparent frame fake glasses ($25), cat or owl print scrubs ($22, but you can get them for cheaper at CVS or Walgreens), and — if you don’t have her signature curls naturally — a wig (with some finessing, I think you could make a wig meant for a Bad Sandy Grease costume work). Adult Nat would be easy, too. You might even already own the components for it in your closet, but if not: ripped black denim shorts (on sale for $49), a Pixies shirt ($27), and black Doc Martens ($170). Live somewhere chilly? Throw some ripped black tights underneath. You could also channel Van in a co-ed naked soccer shirt ($24) and cargo shorts, but I regret to inform you that my girlfriend already epitomized this look soooo good luck trying to beat her: 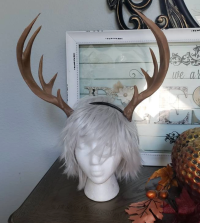 I recently dressed as the Antler Queen for my Yellowjackets-themed 30th birthday party, so lucky for you, I already have some tips and tricks! After a failed attempt at making my own antler crown, I went with Etsy. There are some very realistic — and therefore expensive — options like this $110 antler crown. I went with something less realistic but both cheaper and also less obtrusive. I didn’t want to be knocking into people or things with giant antlers, so this $33 crown was for me.

I shopped around ASOS for a 90s-style floral dress and found one that was cute and comfortable for $34. If you want something a little closer to the style Lottie actually wears when we first see her place antlers atop her head (which, if you remember correctly, was actually Laura Lee’s dress!), look for a white dress with pink flowers that buttons up. The goal is a Laura Ashley-style dress without paying Laura Ashley prices. 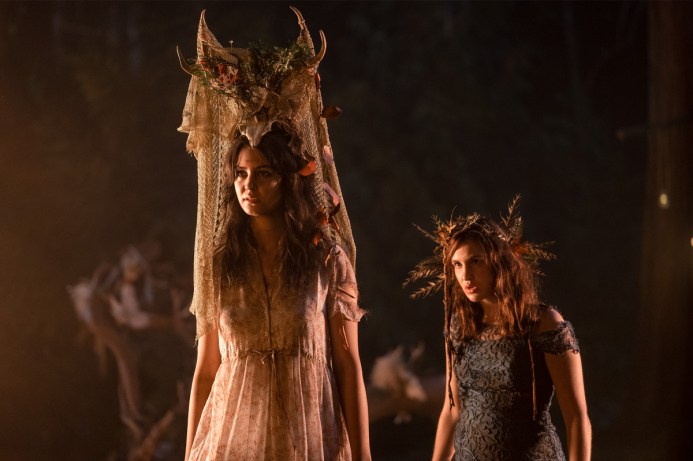 The “Doomcoming” episode of Yellowjackets lends itself SUPER well to a group costume! Gather your fellow cannibal queers and shop together for your bacchanal looks! Fall/winter is not the easiest time to find floral printed dresses, but you could hit up some thrift shops or sales sections to find clothing from last spring/summer. Online, you might be able to find some options, too. Or, if you are able to find something cheap enough that you don’t care about destroying it or already own a dress you were planning on getting rid of anyway, then you can really lean in a add rips and dirt stains (with costume makeup or makeup you already own) to make it look like you’ve been running and howling through the woods. Make your own flower crowns as a group activity or buy them premade from Etsy.

And don’t forget the most important part: fake blood. I somehow always own at least a few tubes of fake blood at all times. You never know when you might need to whip up a last minute costume, and fake blood comes in handy for that. Slather some on your faces to make it look like your crew has just finished a tasty meal. 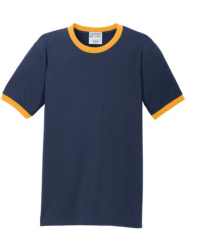 Don’t want to go the Spirit Halloween route but still want to make your own Yellowjackets-esque soccer costume? Easy! Couple a customizable sports shirt with an iron-on patch. Or get a plain navy t-shirt from Michael’s craft store and iron on the patch along with yellow iron-on numbers and letters spelling out Yellowjackets, your name, or a character’s name. Buying with a group? You can buy these navy shirts with yellow trim in bulk. There are a lot of patch options on Etsy to easily customize a uniform. Hit up the sales rack at Dick’s for navy athletic shorts (or get these $15 mesh shorts from Target) and wear athletic socks and sneakers that you perhaps already own! If you want to splurge, it looks like there are some unofficial Yellowjackets lettermans available on Etsy for around $50. Youth soccer balls — while maybe not regulation size — are cheaper and good enough for a costume. Or maybe you can borrow a soccer ball from the soccer gay in your life. Throw some yellow ribbons in your hair like some of the Yellowjackets did at the pep rally before their lives went sideways. On that note, to spice up this group costume, you COULD still apply fake blood. Why not? Get creative. I’m delighted by the mere thought of a bunch of queers dressed like cannibalistic soccer players. Warms my heart.