This week has been full of action from OPEN THREAD Friday to Caturday morning comics to Sunday Funday.

Though Autostraddle isn’t queer cosmo, we’re still wondering what Raven-Symoné is up to and who gets to shop organic with Ellen Page. Because #vapidfluff.

But wait, there’s more! DeAnne Smith advised us on  “playing it cool,” Ali taught some basic HTML that will skyrocket your commenting skills and Stephanie proved beyond a reasonable doubt that potstickers are delicious.

On In Which We Are Accused Of Being “Cosmo For Queers”:

The Meow Showing At A Theater Near You Award to Nats:

The Holy Babe Ruthless Award to Other Claire: 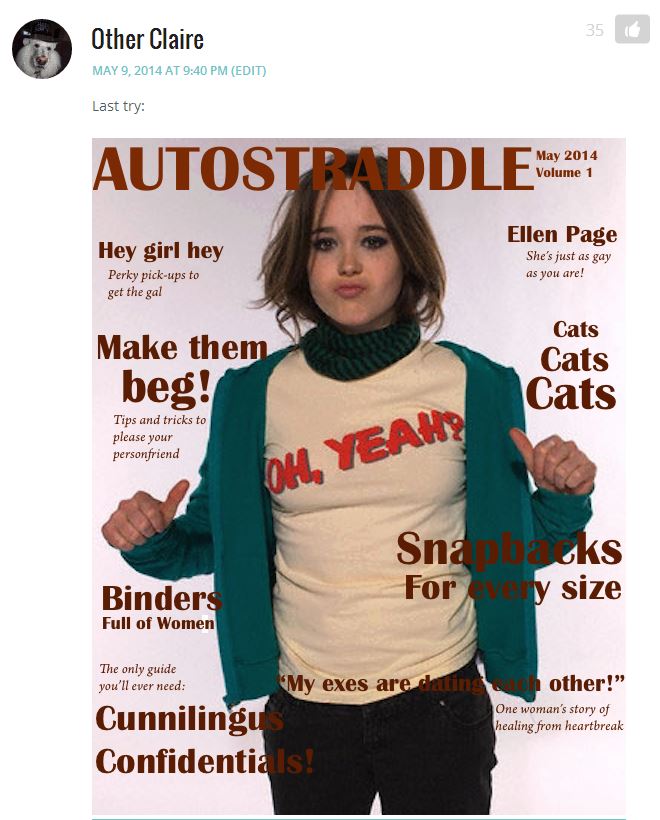 On 14 Locations Conducive To Lesbianism According To 1954′s “Female Homosexuality”:

The But What’s Wrong With Medium Jars? Award to Bia:

The ALERT ALERT Award to angrynaps:

The Touched By Greatness Award to Sarah:

On There May Be Two Sides to Every Story; That Doesn’t Mean They’re Both Important:

The Yes, A Thousand Times Yes Award to Vallya and Victoria: 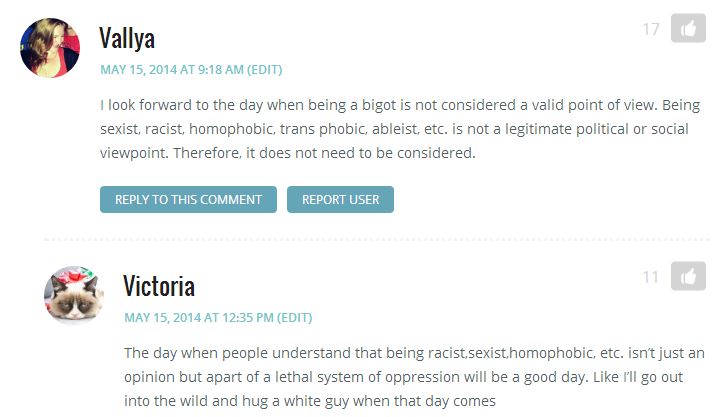 On Check Out the First Three Issues of Ms. Marvel Right Now!:

The Smell of Shell Award to Heather:

On Everybody’s Getting Married in Arkansas This Sunday Funday: 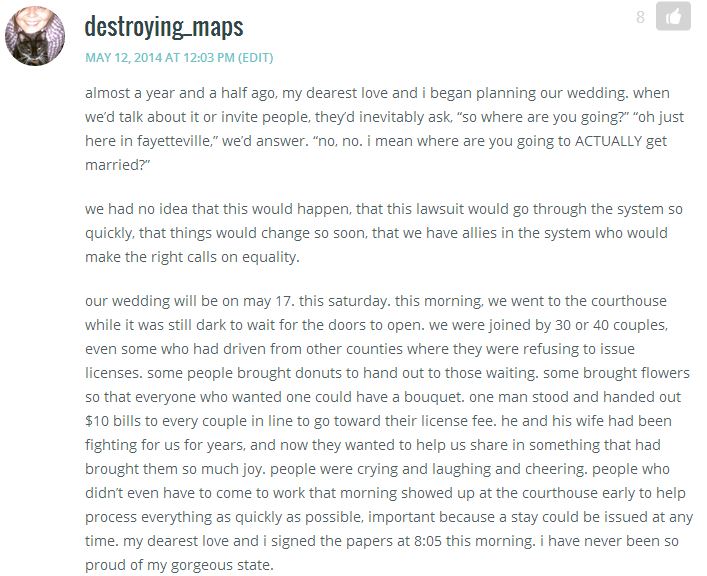