Today Idaho became the latest state with a ban on same-sex marriage to have it declared unconstitutional by a federal judge. Four same-sex Idaho couples had filed a lawsuit against the state, and Judge Candy Dale ruled on the side of their argument that banning same-sex marriage violated the rights guaranteed by the Due Process and Equal Protection Clauses of the constitution. Sue Latta and Traci Ehlers, Lori and Sharene Watsen, Shelia Robertson and Andrea Altmayer, and Amber Beierle and Rachael Robertson, the four couples who are plaintiffs in the lawsuit, have a range of experiences: two of the couples are already married, but in other states, and Idaho refuses to recognize their marriages; two couples are raising children together. As long as no higher court intervenes, the state can no longer enforce any laws that restrict same-sex couples from marrying, nor can they refuse to recognize marriages from out of state. 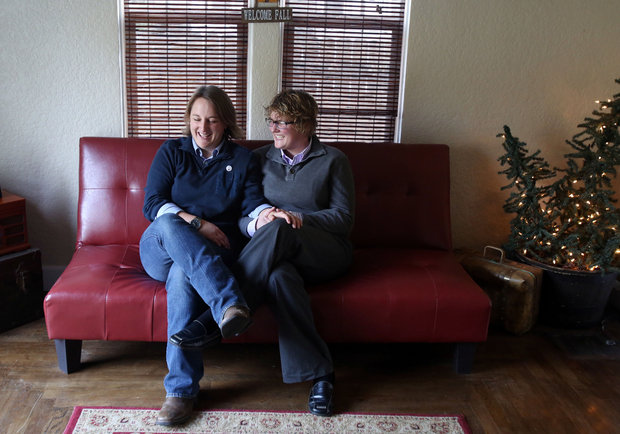 Lifting a ban on same-sex marriage isn’t the same as legalizing it, and couples who want to marry will likely still face obstacles. It’s also entirely possible that a higher court will intervene; last year Utah’s same-sex marriage ban was lifted, but the Supreme Court later reinstated it at the state’s request. Governor Otter has been vocal about his desire for a stay in this case, even before the ruling was made today. He’s declared that he’ll take this case to the Ninth Circuit Court of Appeals, and if they don’t agree with him, to the Supreme Court. Part of Otter’s argumentation is that an immediate stay is ultimately better for the same-sex couples of Idaho than what’s happened in states like Utah, California or Michigan, where a brief period of legal marriage was later halted by a stay, creating a situation where some couples married before the stay was enacted. This seems like a flawed argument, since most, including the couples themselves, agree it would ultimately be best for them to be able to marry and use their constitutional rights.

Legal battles like the one in Idaho are a reminder of how complex the legal terrain remains for same-sex couples who wish to marry, even after the repeal of DOMA. It seems that if Governor Otter has a say — and he does, as governor — it will be a while before any Idahoans in same-sex couples are able to marry. But this is ultimately an important positive step for marriage equality in Idaho, and with as much perseverance as these plaintiffs and many other activists have shown, suggests that legalized same-sex marriage equality is an achievable goal.