Hello, doodlebugs! This week I started drawing again so I finally bought a Moleskine sketchbook — I wanted to see what all the hype was about. Turns out it was actually a good purchase because I am filling it with lots of lovely pictures! Here’s the news we missed while I was at the art supply store.

Blinding You With Science

+ A new documentary project called Do I Sound Gay? is exploring the idea of what it means to have a gay-sounding voice and how people resist or cope with social norms about voices. “The goal of the film is to de-stigmatize the term, and eliminate the stereotypes and homophobia surrounding the distinct vocal style.” The film is set to feature celebrities like Tim Gunn, David Sedaris and George Takei, but the project’s creator David Thorpe is seeking funds through KickStarter to make the film happen.

+ According to a study from the Chinese Academy of Sciences, reactions to pheremones influence the way gender identity is perceived.

+ A recent Advocate op-ed brings attention to the fact that bi erasure even happens at pride and other supposedly LGBTQ-friendly spaces. It’s super important to remember that there are many communities with in the LGBTQ umbrella that are still underserved and underrepresented. According to the op-ed:

That’s correct, bi people are the least supported and least served minority group within the entire LGBT ecosystem, with just 0.01% of all LGBT funding directed toward bisexual projects or programs since 1970. There is not a single national bisexual health initiative, even though bisexual people are the largest group within the LGBT community, nor does a single LGBT organization provide bisexual specific health services for the health concerns we consistently report experiencing (see 10-year summary of data here).

It’s fantastic that NYC Pride and L.A. Pride have both taken steps to be more transgender inclusive and transgender-affirming. I desire a world where all gender identities and expressions are treated with dignity and respect, but it must not come at the expense of more bisexual lives.

Stories That Will Leave You Frustrated

+ Nintendo is experiencing a great deal of backlash for its decision not to allow simulated gay marriages in its game Tomodachi Life.

A Nintendo representative told the Associated Press that the company “never intended to make any form of social commentary” with its upcoming release, Tomodachi Life. In the game, an avatar called a “Mii” can go shopping, visit amusement parks and do just about anything other than marry another avatar of the same sex.

Even after a social media campaign to get the company to change its mind, Nintendo won’t back down. Its rationale: “The relationship options in the game represent a playful alternate world rather than a real-life simulation.”

+ Kentucky’s latest argument against same-sex marriage comes from Attorney Leigh Gross Latherow, who claims that same-sex marriages will cause a drop in birthrates. But we will never know exactly how that logic works.

+ A Congressional quota could place LGBT people at a higher risk of being held in immigration detention centers in the US.

LGBT immigrants live at the intersection of two marginalized communities and face multiple forms of profiling. They are therefore more likely to come into contact with law enforcement through policies such as HIV criminalization, police using condom possession as evidence of prostitution, and the targeting of transgender women for alleged sex work, or “walking while trans.” As a result, these immigrants are at increased risk of detention under dragnet immigration enforcement policies.

People are Resisting and Writing About Discrimination

+Elixher interviewed a sorority woman about her experiences in a black lesbian sorority, specifically talking about the stigmas and challenges of being a lesbian in a Greek culture seeped in tradition. Brandynicole Brooks, a member of Kappa Xi Omega, said:

All organizations, not just LGBT organizations, have room to grow. But when specifically talking about lesbian sororities, I think we need to make the effort to be more visible in our community beyond mixers, parties, and fundraisers. We need to have a voice in the wrongs that are being geared toward our communities.

+ The UK’s Crown Prosecution Service is offering new guidance to jurors and telling them not to believe common “myths and assumptions” about rape when hearing cases.

As long as victims feel like they are either going to be ignored or maligned by the legal system, then we will never be able to address the systematic violence perpetrated against women in the UK. Perhaps before expressing outrage that the UK was deemed the most sexist country, we should look to our own house and acknowledge that our legal system does a shockingly poor job of protecting victims of sexual offence.

+ Here’s a roundup of some fierce women with inspiring words about sexual assault prevention and victim blaming.

+ Activists and legislators in Houston, Texas are trying to pass the Houston Equal Rights Ordinance (HERO), which “would cover employment, city contracting, housing, public accommodations and private employment at businesses with at least 50 employees on the basis of both sexual orientation and gender identity.” 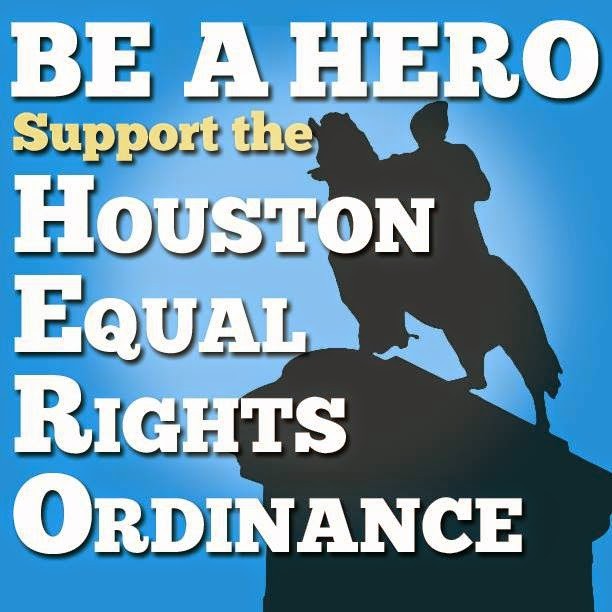 According to the study, 53 percent of LGBT workers nationwide still hide their identities, with 35 percent feeling compelled to lie about their personal lives to maintain the secret. This is true in spite of the fact that 81 percent of non-LGBT respondents feel that their LGBT colleagues “should not have to hide.” It makes more sense in light of the fact that 70 percent of those non-LGBT respondents believe “it is unprofessional” to discuss sexual orientation and gender identity in the workplace.

+And by Oprah’s food I mean Starbucks’ Teavana chai lattes that donate 25 cents from each cup to the Oprah Winfrey Leadership Academy Foundation. If one were to critique this partnership, it would be completely valid to question why the percentage of money donated is so low, how helpful Oprah’s school actually is, or to analyze the consequences of Starbucks’ ventures into corporate ethics. It would be slightly less reasonable to attack the product’s commercial for featuring lesbian moms. But alas, a conservative website slammed the ad, saying that Starbucks has “sold its corporate soul (…) to the homosexual agenda.” Can’t we just drink our overpriced tea in peace?

+ In Immokalee, Florida, the women’s group of the Coalition of Immokalee Workers gathered with their families to celebrate Mother’s Day and write letters asking Publix to join the Fair Food Program. This is the group’s fourth year spending Mother’s Day advocating for rights and respect. Says one letter:

As mothers, we do not make enough to fully support our family.  And the little that we do make is not easy to earn:   We work under the sun and rain of Florida.  We do everything so that you can have tomatoes:  we plant, we tie up the plants, we harvest, and then we do it all again the next season.  In spite of all that, it seems that you do not understand and do not want to hear the voice of farmworkers.
Publix profits from the sweat of those of us who work in the fields.  We deserve respect and we deserve a fair wage.
Now is the time to join the Fair Food Program to protect the rights of workers and ensure a fair wage, with the penny per pound that 12 other corporations are already paying.  What are you waiting for, Publix? 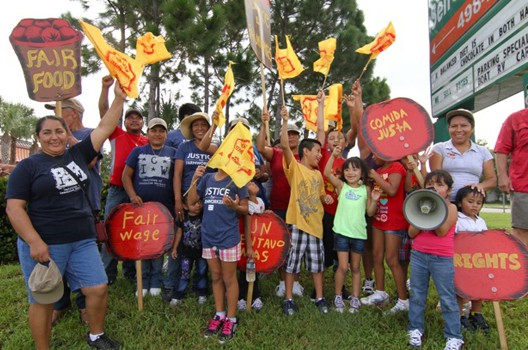 + Remember when Intern Grace wrote about Robin Roemer’s awesome new photo series last week? Well, if you are in the LA area then you have the amazing opportunity to see the “New Hollywood” YouTuber portrait gallery on display! The series is awesome because it contrasts today’s celebrities with glamorous old photography style, kinda like this: 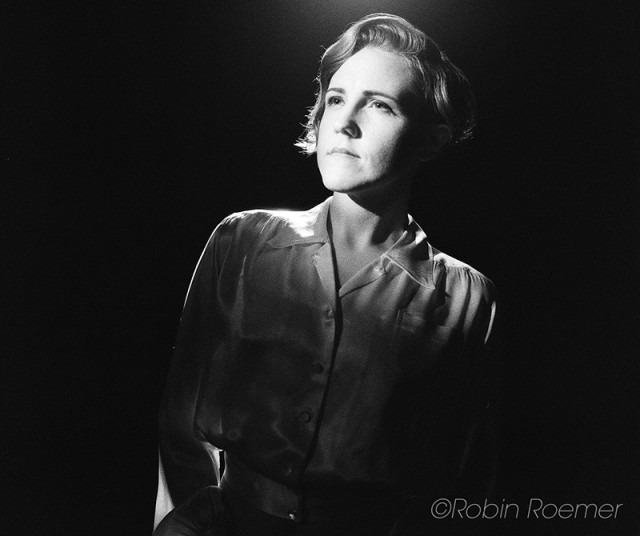 If that strikes your fancy (let’s be real how could it not?) then you should clear your schedule for this Friday, May 16 at 7pm and make sure you’re at Rebel’s Ark at 7568 Melrose Ave. to see the photos in person!