When they’re actively soliciting votes, the Grand Old Party is all over the headlines — gaffe-ing up a storm, inventing science, and faking soup kitchen photo ops. But have you been wondering what everyone’s favorite elephants have been up to lately? Here are some highlights from this week! (In all seriousness, I think it’s important to keep track of this stuff, even if it hurts sometimes.)

Yesterday, Senator Lisa Murkowski (R-Alaska) became the third Republican senator to come out in support of gay marriage, via an op-ed on her website. In the article, Murkowski describes how meeting a lesbian couple with four adopted kids led her to believe that their family should be afforded the same rights and recognitions as “traditional” ones. She also explains how this decision fits into her Republican beliefs:

“I am a life-long Republican because I believe in promoting freedom and limiting the reach of government.  When government does act, I believe it should encourage family values.  I support the right of all Americans to marry the person they love and choose because I believe doing so promotes both values:  it keeps politicians out of the most private and personal aspects of peoples’ lives – while also encouraging more families to form and more adults to make a lifetime commitment to one another.” 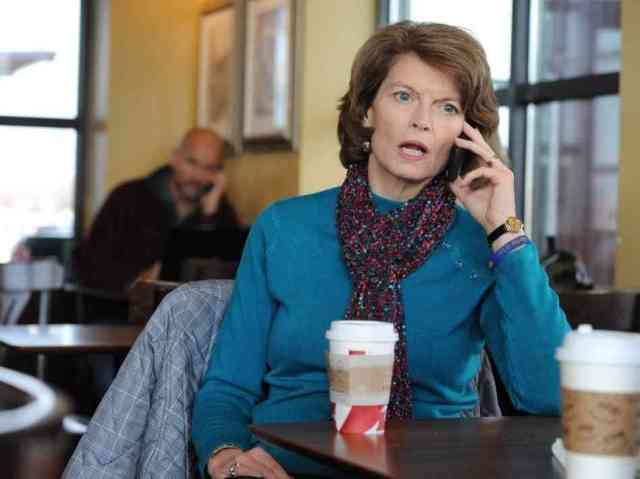 LISA MURKOWSKI DRINKS SOME FAIR TRADE COFFEE; HAS THE GAYS ON THE PHONE {VIA NPR}

Murkowski joins Senators Mark Kirk (R-Illinois), who made his evolution public in early April, and Rob Portman (R-Ohio), who was the first to come out of this particular closet when he announced in mid-March that learning his son was gay had caused him to reverse his position on the issue (the ghost of Ronald Reagan has also chimed in affirmatively, via his daughter Patti Davis). Earlier this year, Hansen wrote a great piece about how conservatives jumping on the gay marriage bandwagon is way better than when they try to pop its tires, but doesn’t guarantee their support when it comes to other measures of equality. As she puts it, “What will [happen] when they can’t attach the keywords “commitment” and “conservative values” to these issues? Will they still care that we exist and need protections?” Murkowski’s willingness to flout the party line in this way makes her more of a friend to gays than most of her fellow party members, but as with the two who came before her, her reasoning suggests she might be a fair-weather one.  (It’s worth noting that she voted to repeal Don’t Ask Don’t Tell, though.)

Meanwhile, as individual Republicans begin to see tiny glimmers of light, the party as whole remains firmly stuck in darkness — and probably will for quite some time. As Washington Post columnist Michael Gerson points out, it’s going to be very hard (though maybe not impossible) for Republicans to “become more socially inclusive without becoming socially liberal” and therefore alienating their base, which is still largely made up of religious conservatives. Jeb Bush has decided that a good plan is to stand firm on their positions, but change their language so that they sound more inclusive, sane, and fun at parties. He’s been saying this since the GOP’s April breakdown of the 2012 elections, when he recognized the country’s “growing divergence of opinion” on marriage equality and suggested that his party should “talk about it with a different tone,” perhaps one designed to lull people gently to sleep while they continue to quietly block legislation that could save lives. The GOP also hopes to win over young people by “making abortion funny,” because millenials only respond to sarcasm and tweets (“unfortunately… this is the generation that we’ve been dealt,” the speaker explained). 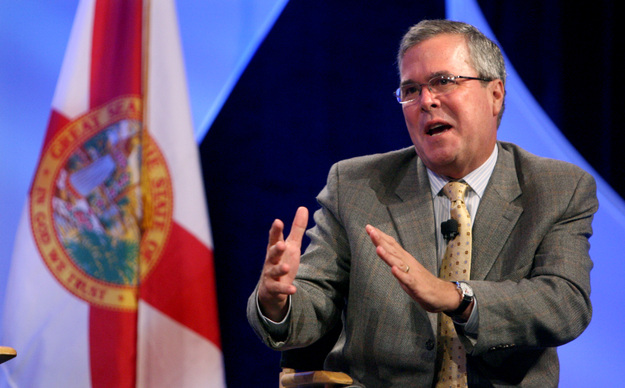 JEB BUSH WEIGHS THE PROS AND CONS OF BEING NICER

An A+ example of this commitment to darkness comes from the Idaho Republicans, who recently decided to try really hard to keep “sexual orientation” off the list of protected categories in their state’s anti-discrimination laws. Gay people in most of Idaho can still be fired, evicted, or denied service for no reason; as cities begin to change that, state Republicans are trying to stop them. Republican Resolutions Committee chairman Cornel Rasor explained the “reasoning” behind this attempt, saying that he doesn’t want gay people to be able to use businesses as “a platform for [their] lifestyles” and citing a fear that a gay worker might “come to work in a tutu.” The only good part of learning about this was that I also found out that Idaho is governed by someone named Butch Otter. Sadly, he is a Republican dude, and not an otter that looks good leaning on things.

BUT MAYBE CINDY MCCAIN CAN SAVE US ALL?

On Monday, Cindy McCain received the Trevor Project’s annual Hero Award. Cindy McCain is the wife of Senator John McCain and, while she has been a vocal supporter for basic gay rights when much of her husband’s party won’t even go that far, she hasn’t really DONE much. The Trevor Project, like many organizations that need news coverage and money, makes weird award choices sometimes (Katy “Ur So Gay” Perry won last year), and people are wondering whether this one makes sense. Professor and activist Michael Bronski is mad, calling the decision “pandering”:

“Cindy McCain has said a few things in support of same sex marriage that seem to me to fall under the rubric of supporting basic civil rights. Some people don’t do that, like her husband. But have we reached the point where national groups are rewarding people for doing low-level basic common decency? Thanks for not kicking us in the head again!”

Lawyer and activist Linda Hirschman sees it instead as symbolic: “These powerless but culturally iconic figures like first ladies can help the movement. They are adding a patina of respectability to a movement that was disempowered.” 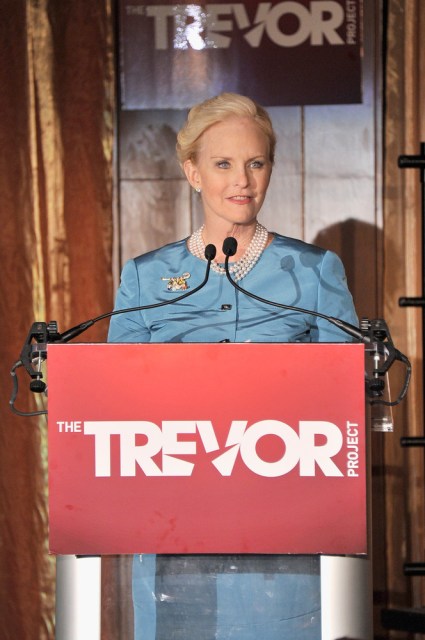 CINDY AND TREVOR SITTIN’ IN A TREE

Although her husband Senator John McCain, who has actual political power, has always opposed marriage equality and “has not contemplated [his] position changing,” Cindy McCain and her daughter Meghan have been vaguely pro-LGBT for a while, in that ‘posing for “NO H8” pictures’ kind of way. Cindy McCain supported repealing Don’t Ask Don’t Tell way back in 2010, but then withdrew her support at her husband’s request.

Most interesting to me was the surprising prediction McCain made after the ceremony: “You’re going to see a major turn” in 2016, she told The Wrap. “By the next presidential election I think this* will be an issue that will be very much agreed on by both parties.”

*It’s unclear whether “this” referred to marriage equality or gay rights in general; the fact that news outlets don’t seem to realize the difference is frustrating.

McCain’s optimism is nice, probably too nice (kind of like last year, when she told CNN that most Republicans “believe in equality for all,” a statement that flies in the face of the GOP’s polling numbers, talking points, and actual legislative choices). But hey, maybe she’s onto something. After all, last time she and her husband disagreed — in 2010, when DADT first came up for repeal — she acquiesced, withdrawing her support for the repeal after “what can only have been a challenging conversation” with Senator McCain. But Cindy, not John, ended up on the right side of history. For all of our sakes, I hope this little spousal tiff turns out the same way.