Happy Halloween! If you still don’t know how you plan to dress up, may I suggest Mitt Romney or Frankenstorm? Speaking of which, I hope you all are safe and have someone with whom to cuddle up and/or a hot date recap to read. Of course, it’s understandable if weather stress has prevented you from being as Halloween-ready as you’d like to be. 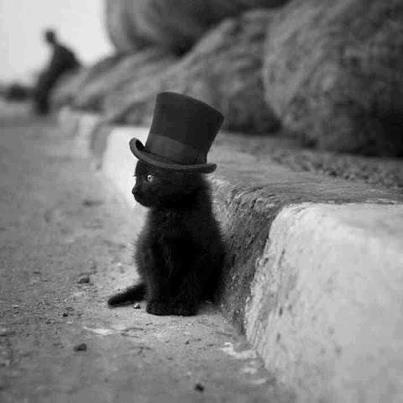 Luckily, if you want to scare someone while putting in minimal costuming effort, I have an easy fix: just go trick or treating at Pastor John McTernan’s place, and when he opens the door, make out with your girlfriend! It’ll be enough to send him running for his backup generator and emergency water supply. See, the pastor did some wonky math and came to the conclusion that Hurricane Sandy is the gays’ fault. I’m not going to quote him because I’d prefer to keep this article a safe, idiot-free space and besides, you don’t need to read his exact words to know how ridiculous they are.

I wish I could easily dismiss McTernan as just another bigot saying bigoted things, but ignoring facts and science in favour of ideology is far from uncommon in America these days; in fact, I’d say it’s a theme this hellection season. Gays cause hurricanes and rape doesn’t cause pregnancies, but climate change? So last election. Everyone is over An Inconvenient Truth. Climate change is a so-called science you outgrow after your pot-smoking, Occupy Wall Street days. If you want to be taken seriously, à la Mitt Romney, you put on a suit, say some things about God and family, and reassure everyone that you will “fight for oil, coal, and natural gas.” This way, the Koch Family will give some money to the Tea Party who’ll give some money to you. 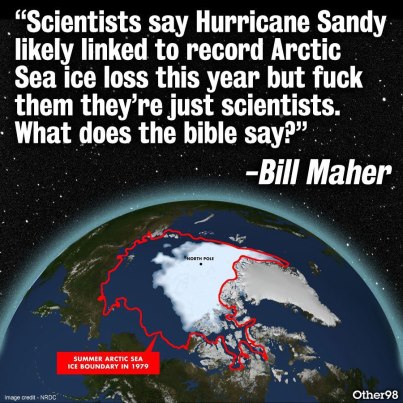 I’m not a scientist and therefore can’t definitively say that Hurricane Sandy was caused by the rapidly melting Arctic ice or unnatural warming of the ocean, but I’m thinking maybe, just maybe, pollution and climate change should’ve gotten a little more air time this election. Mitt, however, isn’t in this to “slow the rise of the ocean or heal the planet,” and on his watch it’s likely that the federal government’s disaster response would weaken in favour of privatizing disaster relief. Romney thinks it would be “immoral” for the government to spend money on disaster relief without cutting the budget elsewhere. That’s right – for Romney, the government belongs in your vagina, not in disaster relief efforts.

Well, Happy Halloween to you! Between Frankenstorm and this hellection, it’s sure to be a frightful one! 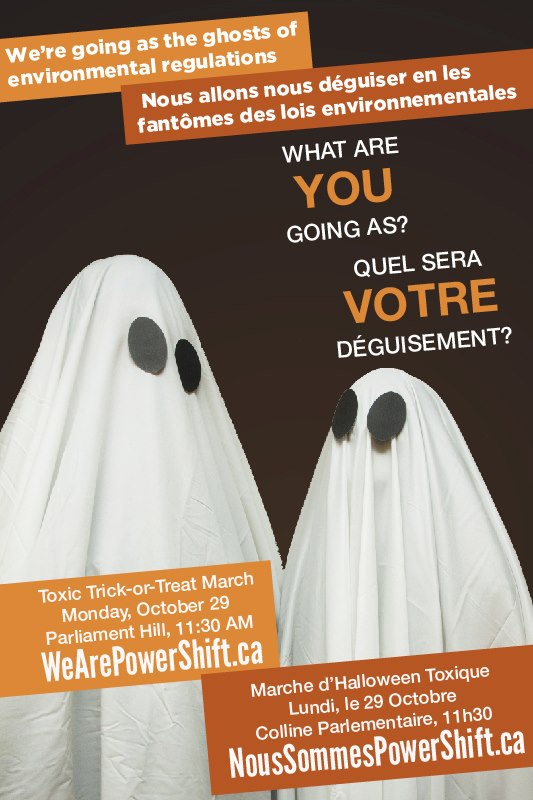