Conservative Republicans have begun to come out in number with support for same-sex marriage. Senator Rob Portman gained a lot of respect when he came out in support of same-sex marriage because his son is gay. In an Op-Ed Portman wrote, “One way to look at it is that gay couples’ desire to marry doesn’t amount to a threat but rather a tribute to marriage, and a potential source of renewed strength for the institution.”

Charles Murray, a conservative political analyst, shocked Republicans by the dozen at CPAC (Conservative Political Action Conference) last week by expressing his support for same-sex marriage as well. In his speech, he explained that his four children, ranging in age from 23 to 43, voted Democrat in the last election. Why? Because they were disenchanted with the Republican party, not because of Romney, but because “They consider the Party to be run by anti-abortion, anti-gay, religious nuts. With gay marriage, I think the train has left the station.” 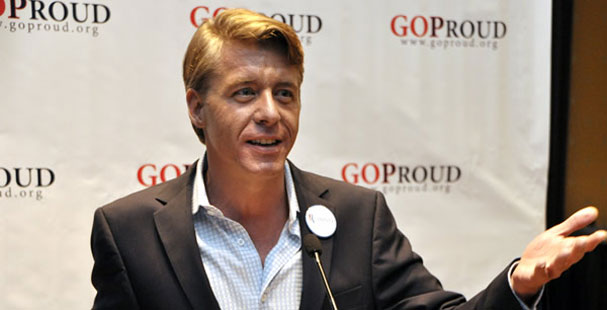 GOProud’s Jimmy LaSalvia, being proudly gay and proudly Republican.
via {New Now Next}

This year, CPAC actively snubbed well known gay Republican groups Log Cabin Republicans and GOProud. Instead, a libertarian group, Competitive Enterprise Institute, got around the exclusion by hosting their own panel entitled “A Rainbow on the Right: Growing the Coalition, Bringing Tolerance Out of the Closet” and invited Jimmy LaSalvia of GOProud and representatives of other LGBT-friendly Republican organizations to speak.

It’s a big deal for Republican politicians to come out in support of same-sex marriage after running their chances in the last election into the ground with bigoted campaigns. The GOP is currently a dying party, with most of the party’s support in rich, old, white men. Americans have proven they don’t want to vote in Republicans who are bigoted idiots, or else Todd Akin would have won by a landslide. 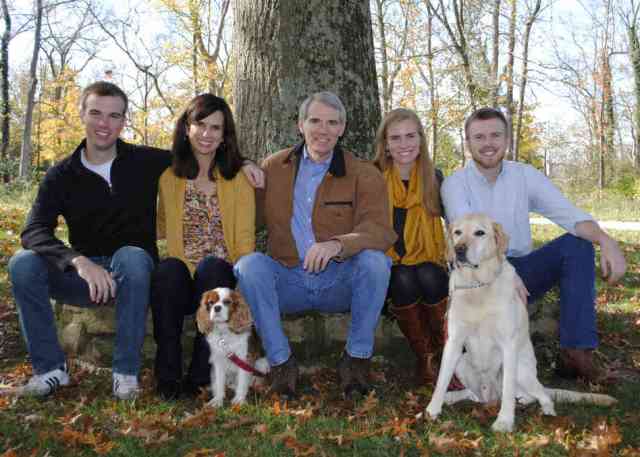 Senator Portman’s family includes a gay son and really adorable dogs and he’s okay with that.
via {NPR}

I do believe knowing members of the LGBT community does certainly affect the way you think about allowing them basic civil rights, as Senator Portman pointed out. In fact, because of Portman’s prominence on the subject recently, CNN has even gone so far as to name a new analysis of marriage equality support “The Portman Effect”, meaning, if you know someone who identifies as LGBT, you are more likely to be in favor of marriage equality.

Calling this kind of support “The Portman Effect” is erring on the side of absurd. It’s not particularly groundbreaking for conservatives to say marriage equality is fundamentally conservative. Jon Huntsman had equal rights in his political platform during the Republican primaries. Ted Olson, one of the lawyers fighting against Prop 8 who also worked for George W. Bush, wrote a piece in 2010 about how marriage equality is in line with conservative ideals, and the Young Conservatives started Freedom to Marry after recognizing that marriage equality works with family values, an inherently conservative notion. What is groundbreaking is that this support is coming out after Republicans had such an anti-gay, sanctity of marriage agenda in the last election.

In the interest of full disclosure, please be aware that I am pro-marriage equality and completely in favor of anyone declaring that they support the rights of same-sex couples to get married. Straight people who want to get on the bandwagon are welcome, in my eyes.

However, what is happening with the Republican party’s new support seems to have, at best, ulterior motives to it. Republicans are unabashedly pandering to the lesbian and gay community with this support. They want to be reelected, or even just elected in some cases. Do they honestly believe we deserve equal rights or are they attempting to distort marriage equality to fit into the social framework they’ve constructed around the nuclear family as the highest achievement for American citizens?

If you believe that the end justifies the means, then don’t worry; I do believe we’ll see marriage equality soon. But at what expense?

Sally Kohn wrote on the same subject, “The conservative moral argument for marriage is that marriage is good and good people get married and ‘law-abiding, patriotic, gay Americans’ are good people.”

We are garnering Republican support as long as it looks good for them to be a little progressive to young voters and at the same time, as long as we stick to the conservative definition of and idealization of marriage. There’s a lot of contingencies there. I’m afraid this adherence to the conservative definition of marriage may or may not actually help our cause in the end. 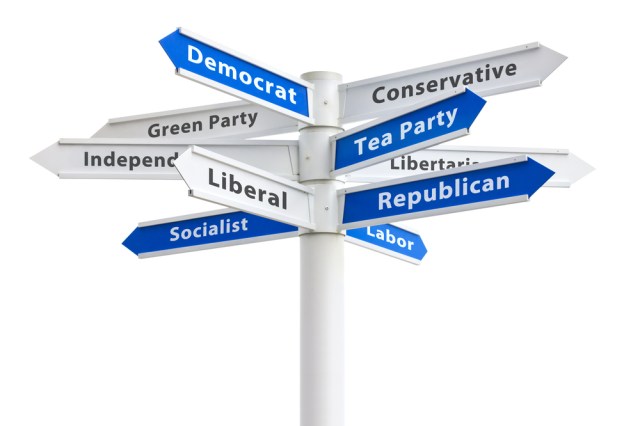 Marriage is in many respects a failing institution. Divorce rates in America are at 50% according to the CDC. Will allowing the gays to marry one another revive the institution of marriage, as conservatives in America are touting? Let’s not get ahead of ourselves. The one thing we can be certain of is that marriage equality certainly can’t hurt heterosexual relationships and won’t cause divorce rates to be any higher than they already are. For example, in Massachusetts, marriage rates are currently higher than they had been before 2004, when same-sex marriage was legalized. But assimilating to the conservative idea of the nuclear family might end up ruining the actual perks of marriage equality if we’re all divorced in the end anyway.

Marriage equality is important because it negates one of the most immediately visible differences that separates gay humans from straight humans: the ability to be with our partners regardless of the gender of the people we love. But marriage equality is not the be-all-end-all of the LGBT civil rights movement. It is a step forward, it is not the entire fight. The conservative framework being constructed here is leaving out a lot of Americans in need of some serious protections that marriage equality simply won’t afford, like single mothers, transgender men and women or people living in poverty. This new married ideal may actually hurt some other minority groups to which many queer people belong, because Republicans are already pushing marriage (not just the same-sex version) at the expense of many other programs, including welfare.

When marriage equality passes, we’ll be able to marry, but at the same time we can also be fired from our jobs or kicked out of our houses in 29 states. What will Senator Portman and Chuck Murray’s support be doing when they can’t attach the keywords “committment” and “conservative values” to these issues? Will they still care that we exist and need protections?

Until Republicans are willing to go beyond accepting same-sex marriage for the sake of their reelection campaigns and instead realize that the entire system is deeply flawed for all members of the LGBT community, we have to keep fighting for true equality, not just the marital kind. For the same-sex couples who can’t wait to put a ring on it, there’s every reason to be excited for this step forward. I just hope all of our newfound allies will still be around when the dust settles and the system still need changing.