Hi, fireflies! Did you miss me last week? I missed you! But if you picked last week to write the perfect comment, DON’T WORRY!

Depending on who you ask, a Double Double is either an order from In N Out Burger, or an order from Tim Horton’s — but today, it’s also a double edition of the Comment Awards! And just in time for Pride Month!

Last week, a VERY important list came out: The 50 Lesbian and Bisexual TV and Film Characters With the Dyke-iest Swagger.

Ready to have queer sex for the first time? Luna (and Autostraddle) are here for you!

Drew interviewed THE Daniela Shea about playing Max on The L Word, and about making a world in which true queer liberation is possible. This interview gave me such hope!

Sci-Fi stars got Pride Month off to a great start by coming out!

Need some Pride merch? Buy an LGBTQ+ t-shirt from an LGBTQ+ business!

And last week, Sally helped us find the queer romcom character in all of us. (This is a platonically! perfect! quiz!)

Carmen interviewed Lena Waithe (!!!) about the new season of Master of None.

I did not like the movie Army of the Dead but I DID very much like Tig Notaro’s green screen acting in Army of the Dead. Kayla’s got everything you need to know, right here.

There’s going to be a new Rugrats! Phil and Lil’s mom is a confirmed queer person, played by Natalie Morales! As a die-hard Rugrats fan from childhood, I have no idea what to make of this information!

The L Word: Generation Q now has a summer premiere date! WHAT HAPPENS TO SOPHIE AND FINLEY AND DANI, I NEED TO KNOW! I mean it’s fine, it’s chill, whenever.

On I Still Can’t Believe a Sixty Second Scene from “The OC” is My Gay Root:

The Right Back Where We Started From Award to Alexandra:

On The 50 Lesbian and Bisexual TV and Film Characters With the Dyke-iest Swagger:

The Category All Her Own Award to Dawn Denbow’s Lover Cindi:

On What Is The Meaning of This Dianna Agron Gay Smooching Instagram Photo?!

The It’s Been 84 Years Award to Elizabeth, Heather Hogan and msanon: 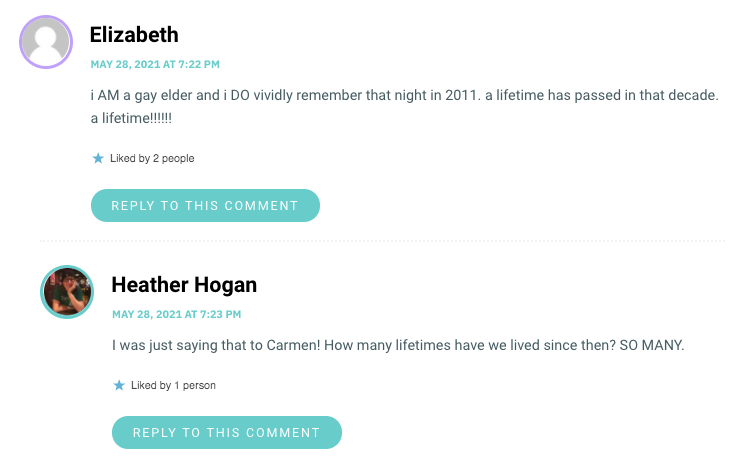 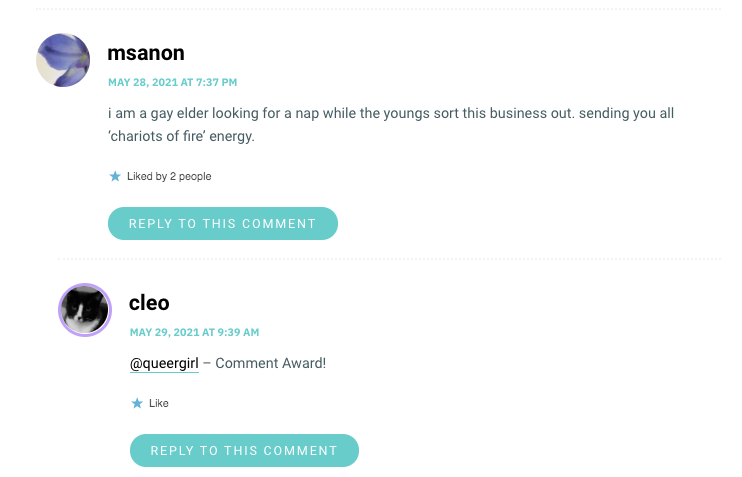 On Daniela Sea On “The L Word,” Gender Identity, and Imagining Queer Liberation:

The Connection Award to cph:

On Queer Horoscopes for June 2021: Buckle Up:

The TPS Reports Award to September:

The Top Off Award to Chloe, Brittany Mitchell, and Allison St. Rock: 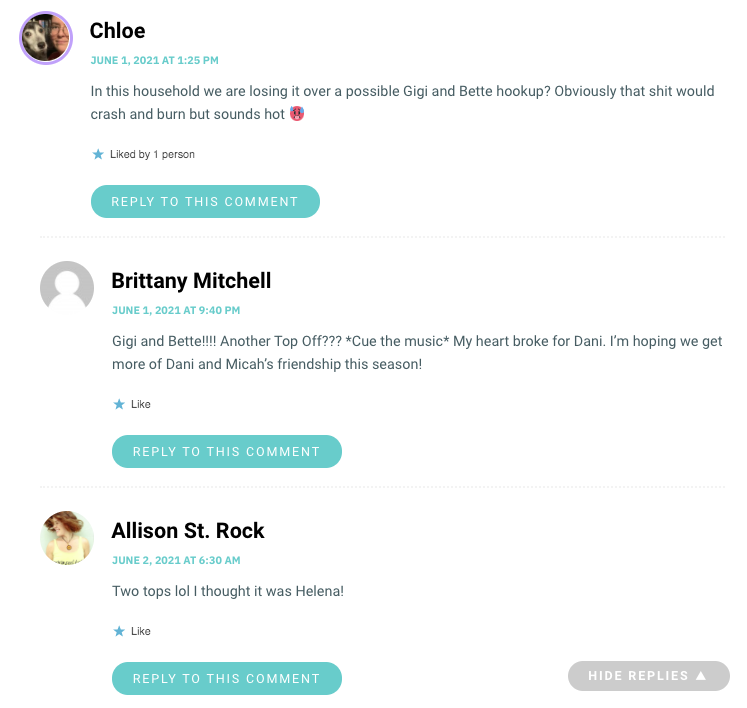 On Quiz: What Job Would You Have in a Lesbian Romance Novel?

The Lois Lane Award to Excellence to Marissa H: 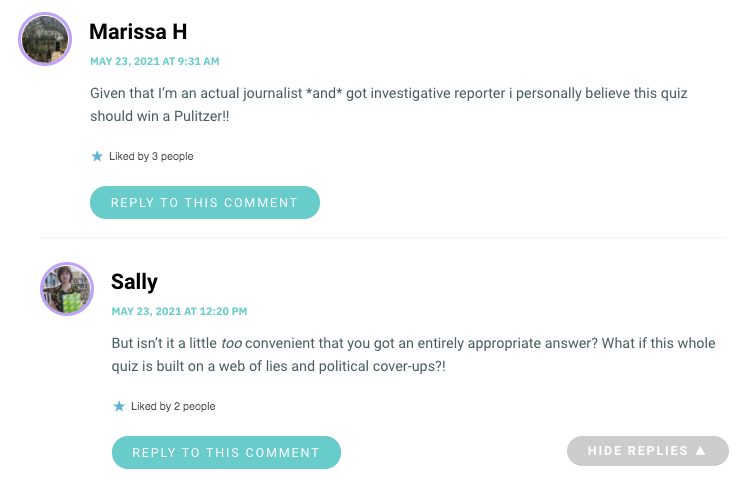 And the Home for the Hallmark Holidays Award to msanon: 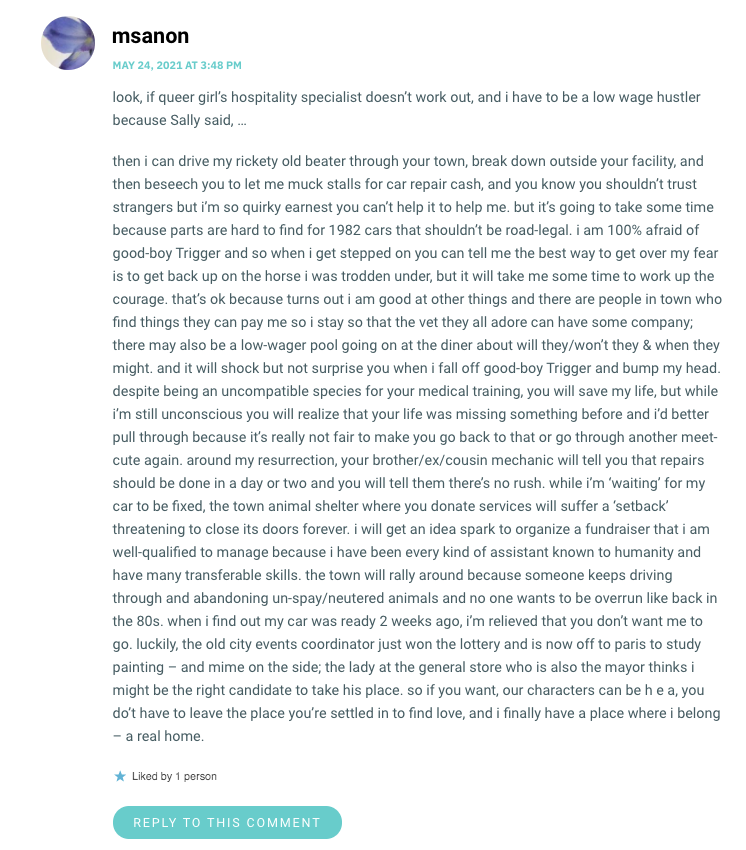 The Singin’ In The Rain As I Fiddle On The Roof Award to Gina: 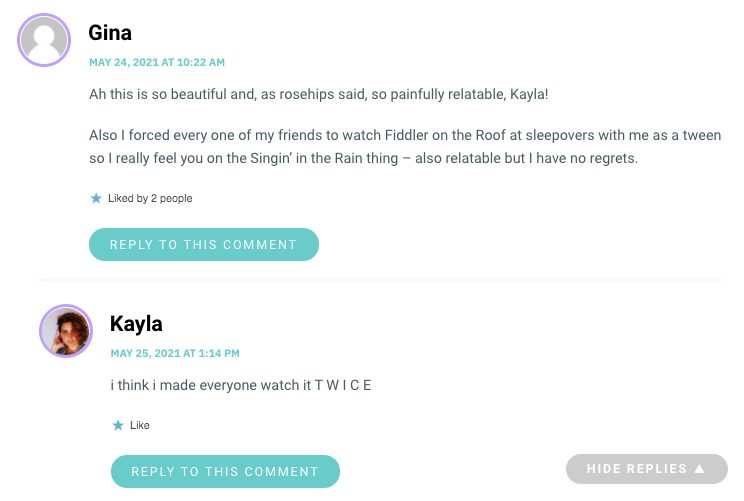 The Burden to Bear Award to shamblebot:

And the Butch Please Award to Chloe:

On Lena Waithe on “Master of None” and Making Messy Beautiful Black Lesbian Art:

The Masterclass Award to Gina:

On Your Questions About Tig Notaro in “Army Of The Dead,” Answered:

The Swaggerverse Theory Award to Harper: 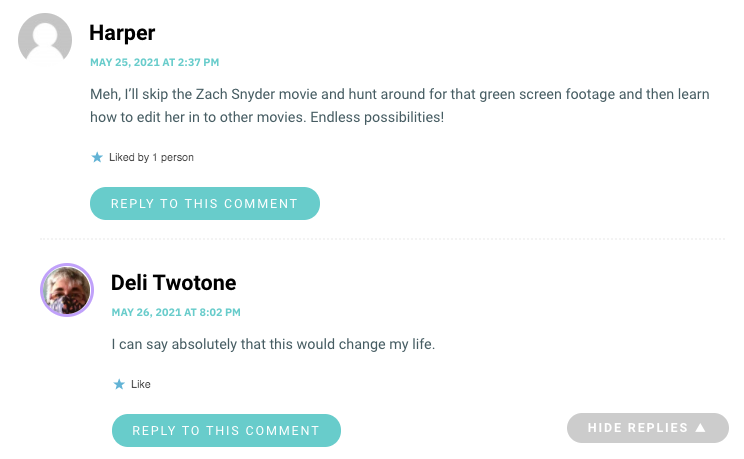 The Portrait of Drew In Paris Award to shamblebot: