Here’s what happened this week: We’re all rooting for Kandy Muse and her lesbian moms on RuPaul’s Drag Race. On Wynonna Earp, shit is starting to get real for girls, guys, and gays of Purgatory! Nic spent the entirety of this week’s Batwoman yelling “BLACK WOMEN THOUGH!!” and honestly, we don’t blame her. On Riverdale, Cheryl Blossom is living out her own lesbian gothic fairytale. There was an Alice and Callie make out session (and no, that’s not a typo!) on Good Trouble. And did we mention, SUPERGIRL IS BAAAACK!

A lesbian love triangle gets lost within a murder mystery on Netflix’s The One. Bombay Begums centers the queer South Asian story we’ve been missing all along. The documentary What Will I Become is in pre-production and will tackle trans masculinities and the nuances of misogyny. And for a straight up shot of gay joy going into your weekend, Niecy Nash joined Red Table Talk to talk the real sweet shit about her marriage that you do NOT want to miss.

Riese is still on that L Word beat. First on To L and Back, we’re up to episode 605 (almost the end!!) and she also created the greatest quiz about the greatest show of our generation, “Which L Word Character Are YOU?”

It’s the first week of the month, and you know what that means: What’s Gay and New and Streaming on Netflix, Hulu, Amazon, HBO and Peacock in April 2021?

And in the biggest news of all… Our March Madness Sweet 16 just dropped!! Don’t forget to vote for your favorite ships, you’ve got 48 hours to go!

+ This is NOT GAY, but as one of the few straight couples I have ever cared about, I legit screamed into my hands when I heard Mark Sloan’s voice on last night Grey’s Anatomy. I’m glad that Lexie brought him back for the ride. Two things: 1. Mark does mention Arizona and Callie, seemingly they are still back together living it up in New York off-screen (maybe I’m stretching here, but a fan can have her dreams!) And he also reminds us (cry!!) of their earlier divorce. 2. That was some mighty excellent green screen work on Chyler as Lexie, in my opinion. — Carmen

+ Manifest is back. Yay? Saanvi, our resident queer, is working at a clinic and crying in closets, but no other queer activity yet. I’ll keep you updated. — Valerie Anne 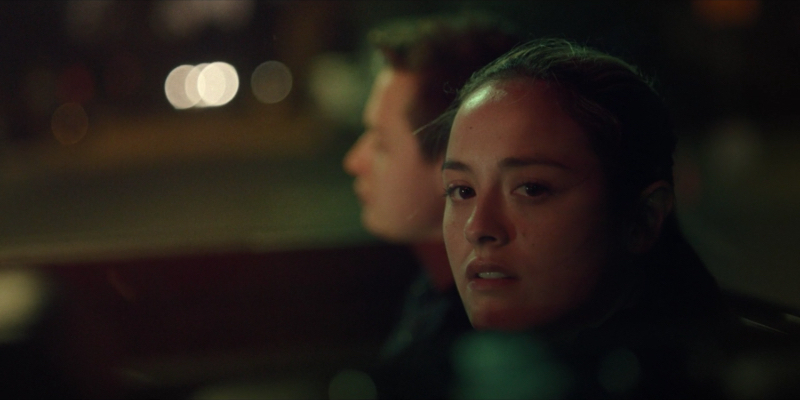 “Remember in season one when Delilah had a baby? That was so random.”

I hope that’s what I’m saying in a few years as Genera+ion finishes its fourth and final season. I hope the framing device that weakened this lovely new show — and dominated its finale — is just a blip in an otherwise great run. Because God what a silly diversion from all the things this show is doing well!

The previous pair of episodes gave us so much time with its talented cast. The character dynamics are really fun to watch and I loved living in its super queer Gen Z world. But all of that gets hollowed out when the show creates scenarios beyond the believability established by its own tone.

Look, a school trip to San Francisco (from Orange County!!) to go see Paris is Burning that turns into a party at a motel is not exactly believable. But it works within the world of the show. But the character who cares most about reproductive justice having no idea she’s pregnant? Her commitment to giving birth IN A MALL? Every single character on the show being present as they hand off the baby to a fire station? It’s just silly. And, worse, it does nothing substantial to deepen Delilah’s character or any of the characters involved.

The problem isn’t just that this storyline doesn’t work nor that the characters act in ways that oppose our understanding of them and their relationships. It’s also that it takes away from the other, more meaningful storylines. Eight half hour episodes is not a lot for an ensemble show. And while this finale does give Chester’s storyline a worthy conclusion, it totally ignores Greta and Riley.

The penultimate episode ended with so much drama for our queer girls and none of it is addressed beyond Riley thinking about texting Greta. It feels like such a betrayal of the characters and their relationship to not close out this chapter of their lives.

But the infrastructure is all there for a truly great show. Formally it’s stellar and again the cast is fantastic and while the plotting is frustrating the moment-to-moment writing is really strong. Genera+ion has already been given eight more episodes to be released sometime later this year — I hope they start trusting their potential.

Nancy Drew 209: “The Spell of the Burning Bride” 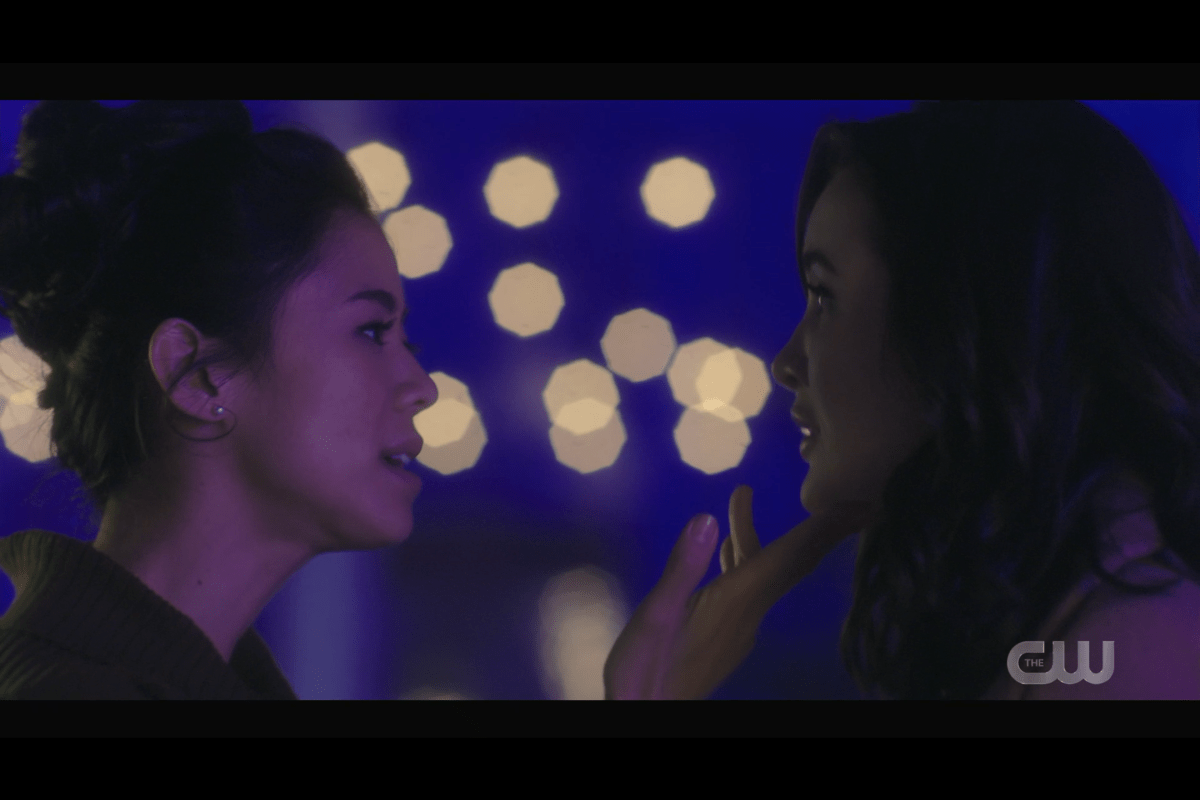 I don’t know how Odette knows all the best fanfic tropes considering she is an old timey lesbian but I’m here for it.

It seems George and Odette are starting to get a better handle on this whole body sharing situation, so Odette got to have a night on the town this week, with Bess as her chaperone to make sure Odette doesn’t throw George’s body off any cliffs. Ace calls it a date and Bess tries to deny it but when Odette gets ready she can’t help but have hearteyes for the ghost girl.

They go ice skating together and it’s very cute and oddly romantic and since Lisbeth hasn’t made an appearance since Bess ditched their last date, Odette has no qualms about being sweet on Bess and I have no qualms about shipping it. Bess is a little nervous but she seems to be falling for Odette too. She also has an empathy for Odette that the others can’t, knowing the hardships present-day queer people face and knowing it was exponentially worse for Odette in her time.

Also, this is neither here nor there but Nancy ripped a dress off someone in this episode and I overheated just a little.

Anyway, by the end of the episode Bess admits that even though Odette is using George’s body, Bess can see something unique in Odette, and she’s starting to catch feelings. I’m sure it helps that George is not hard to look at. But considering how mad George got that Odette made her get publicly drunk, I’m not sure when she’ll be let out for a field trip again. Also, Bess and Odette dating would end up requiring some unique consent conversations, but I trust them to address that. I think a perfect solution would be to find a new body for Odette to inhabit, but I have a feeling we’re going to have to lay the ex-Aglaeca to rest eventually.