Everyone is buzzing about Google+, myself included. And I do mean buzzing, like, I have a contact high from how much I like it. If you’re just getting caught up to speed, last week Google unveiled its remarkably polished, ambitious follow up to Google Buzz — the company’s last crash-and-burn social media experiment– and Google Wave, the one before it (that Autostraddle may or may not have collectively broken once upon a time). Google+ is poised to take on Facebook in a big way (especially now that some third-party apps can whisk your Facebook stuff right over to Googleville), and it looks to deliver on that promise. 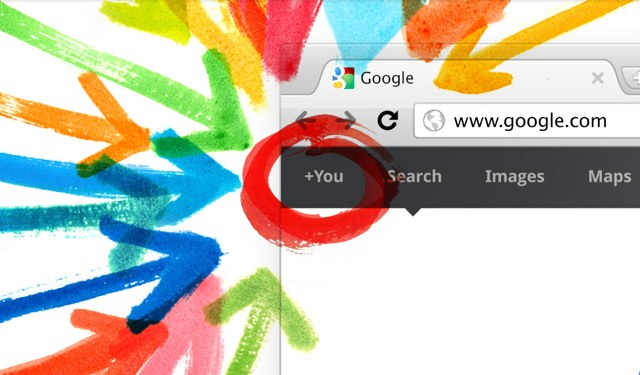 While everyone wanted to like them, Wave was awkward and buggy and Buzz had furious privacy-conscious users lining up at its HQ with pitchforks and those torches that always seem to burn forever in the movies. I was initially a proponent of Wave, while my noble fellow ‘straddlers and most of the sane interweb quickly grew to loathe it (click that Wave link above for proof). Both products seemed rushed and generally not fully thought out, and when you’re Google, there’s just really no excuse for that kind of half-baked nonsense.

That’s exactly why Google+ (or G+, because typing out that double ‘o’ gets old fast) is a breath of fresh air. Not only is it polished, thoughtful, and intuitive…it’s big. Google seems to want to tie every feature in the Googleverse into the service. Plus is even coiled up innocently in a navigation bar atop Gmail, beckoning you to to get sucked in. Well, I for one have happily gone down Google’s social rabbit hole. The service offers approximately everything I’ve wanted in a social network.

If you haven’t tooled around in Google+ yet, here are a some major highlights to get you revving your Googly engines in no time!

Circles are the conceptual framework that differentiates Google+ from that other social network — you know the one that dude from Harvard made. Just when we thought Facebook was the be-all-end-all, Circles recasts the online social fraternizing scene entirely. Circles allow you to sort all of your contacts into groups that you name from the get-go. As soon as you friend someone on G+, you’re going to want to plunk them down into a Circle of your choosing. You can name Circles whatever you want (the possibilities are endless — I suggest a Dante’s Inferno-themed hellscape!) Sort them into work, friends, family, and acquaintances (boring); sort them geographically; sort them by variations on their respective alternative lifestyle haircuts — whatever you want! People will never know what your Circles are called. A Circle can have 40 members or just 1. They’re very flexible. 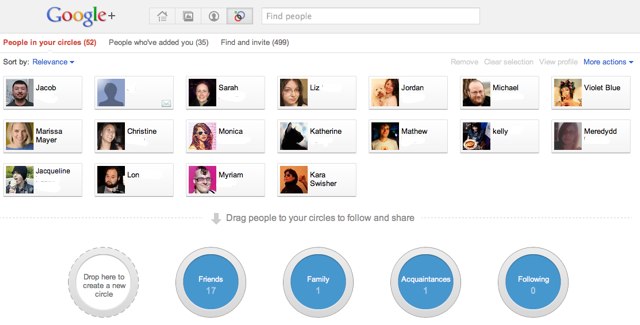 Once you’ve got your Circles in order, you can selectively share stuff with ’em (or with individual users by typing @ followed by their name/Gmail address). Don’t want your Mom to see your impressive collection of empty whiskey bottles or what you did last night? Just share it with the Circles you’re comfortable with, like your Asymmetrical Haircut Circle, or even select the friends who helped drink all that whiskey.

The Stream is essentially your Facebook News Feed. It’s where everything goes on, and you can sort it by Circles too, if you want to see what a specific group of people are up to. Photos, status updates, shared stories — it’s all here. 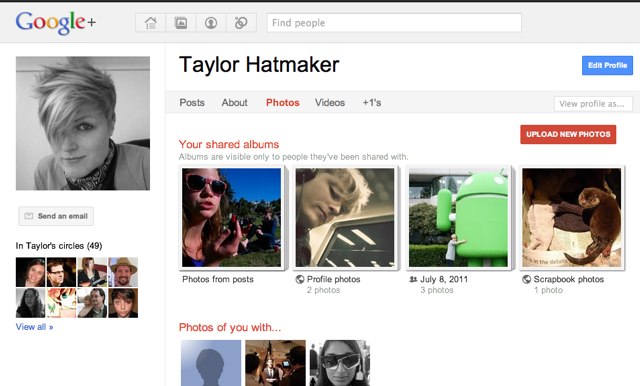 Hangouts are the icing on the cake. Group video chat isn’t incredibly new, but the Hangout feature is amazingly slick from the start. I am notoriously averse to both voice and video communication, but I’ve been lurking around in these group video chat sessions almost every day since G+ went live. Using Circles, you can strike up a Hangout sesh with up to 10 people. There’s a traditional text chatroom option on the side, so you can retain your seeming eloquence while letting people see your shiny, lovely faceparts if you want. Everyone’s video feed is displayed at once, but the featured voice chatter switches automatically based on who’s talking. Cool right? Beyond that, an extra-extra bonus feature lets you switch to share YouTube videos, all in the same window. As a group, you can curate your own weirdo video sessions, all from the same window.

This is an awesome feature that gets extra awesome for a) Android users and b) anyone who already uses Google’s photo storage service Picasa. Photo sharing is beautifully integrated into Google+, and like everything else (this time around), there’s a big focus on privacy. You can upload photos through the web-based service, share them with whomever you want, and tag them too. Again, you can use Circles to control who sees what, based on your own preferences (or indiscretions).

If you often snap photos on an Android phone, you can set the official Android Google+ app to support “Instant Uploads” in the settings menu. This will automatically sync all of your photos to your Google+ account in the background, then you can either keep them private or shoot ’em off to anyone you want at your convenience. You might take a hit in battery life if you’ve got this feature turned on. If you notice your juice is running low faster than usual, you can specify that you only want Instant Uploads to happen when you’re plugged in and charging.

Google+ is rocking my world right now, but an online ghost town isn’t fun for anybody. Only time will tell if the service will be able to lure enough users away from Facebook to sustain itself, but let’s do what we can to populate Google’s lovely little social world. You’ll be hearing more of my Totally Pro G+ Thoughts soon, but in the meantime, why not explore?

Do you need a Google+ invite? Are you already on there, cruising around in the big Googly void? Leave your Gmail address in the comments (the first part will suffice, so you don’t get spammed to death) and go to town with those queer lit-themed Circles!

Note! If you’ve been invited since you last commented, pay it forward and toss an invite to someone else (or 50 someone elses) on the list! Yeah!