OUR BAD: Google came out with an apology for wreaking havoc on our inboxes last week! Who knew they had it in them?

GOOGLE ISP: If you were too busy panicking about your email overlord invading your privacy to notice, Google also announced that they’ll be transforming into a competitive fiber-optics based internet service provider. I hope they pilot their plan in my neighborhood, because I hate my ISP with the fiery loathing of a thousand suns. 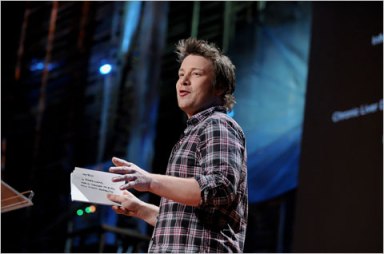 TED 2010: The TED 2010 Conference for “Ideas Worth Spreading” showcased all manner of cool folks talking about cool stuff, like Ted Talks usually do. Adorable Brit Chef Jamie Oliver took the $100,000 TED Talk award for his efforts in food education for kids. He’s so precious.

CREEPER CAMP: The ESRB pulled a totally creepy, hilarious description of Dead or Alive: Paradise for PSP, a horrifyingly creepygross game that found its way onto their ratings site with this:

“This is a video game in which users watch grown women dressed in G-string bikinis jiggle their breasts while on a two-week vacation. Women’s breasts and butts will sway while playing volleyball, while hopping across cushions, while pole dancing, while posing on the ground, by the pool, on the beach, in front of the camera. And as relationships blossom from the gift-giving and volleyball, users may get closer to the women, having earned their trust and confidence: users will then be prompted to zoom-in on their friends’ nearly-naked bodies, snap dozens of photos, and view them in the hotel later that night.” 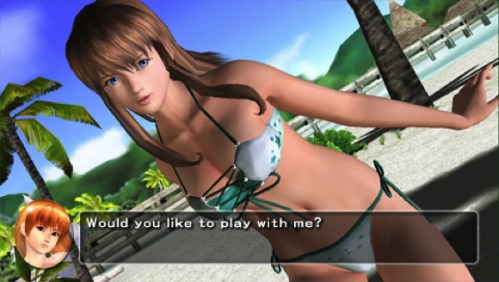 Er. I can’t possibly imagine who this game is geared toward, aside from proto-pedophiles. This is like pedophile/peeping tom training camp. As though that skill set wouldn’t come naturally to the creepers who’d want to buy this. 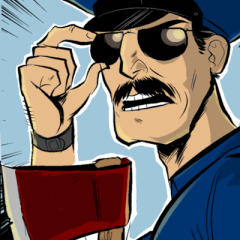 AXE COP: You’ve probably already had a look at Axe Cop, an extremely literal, extremely amazing cartoon making its viral rounds on the interwebs, but if not, you really you shouldn’t miss it.

Talented cartoonist Ethan Nicolle teams up with his 5 year old younger brother to absolutely hilarious, strangely successful ends. Nicolle basically illustrates whatever his younger bro says verbatim and it’s ridiculous and brilliant and why didn’t someone think of this sooner?

XBOX CRIME SCENE: A San Antonio resident was taken into custody this week after a fellow Xbox Live player in Canada overheard them planning a violent crime at their school. That Canadian deserves an achievement, for serious.

HEAVY STUFF: Super innovative, hyper-real PS3 exclusive Heavy Rain makes its debut soon, as the gaming community waits with bated breath to see what kind of reception a game so full of gritty realism might find. 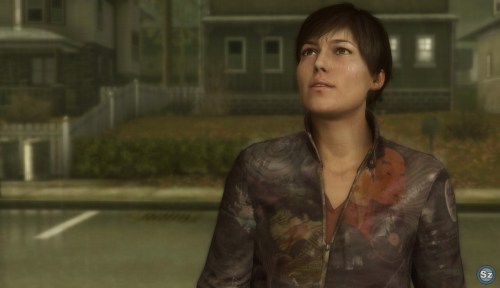 SAUSAGE FINGERS: If you’ve ever been frustrated about your gloves coming between you and your iPhone’s touchscreen when it’s chilly out, I’m sure that using a finger-shaped piece of meat as a stylus is not the solution you had in mind. I wish I could forget I ever saw this, but apparently this is actually happening in South Korea. 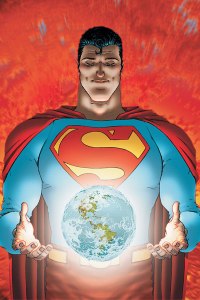 SPIDEY SENSE: Not only is Spiderman coming back to theaters all new & improved, but he’s coming back on July 3, 2012, in 3D! And hey, while we’re at it, if Wes Anderson directed the new Spiderman, what the hell would that look like? Check out this totally bizarre but perfect fake trailer created by some damned talented fans. That Owen Wilson impersonation is right on: Wes Anderson’s Spiderman

SUPERFRANCHISE: In other comic-to-screen crossovers, director Christopher Nolan (of Batman Begins & Dark Knight fame) will “mentor” the Superman film franchise reboot. That isn’t quite as good as directing, but anything Nolan touches turns to gold as far as I’m concerned. Even if he doesn’t touch it all that much.

GOD OF WAR III: A new God of War 3 trailer shows you what Kratos is up to these days. He looks pretty busy.

MOON NO-GO: Looks like we won’t be taking another stroll on the moon any time soon and that totally sucks, guys. Quick! Let’s divert all of our Homeland Security funds to NASA! But is manned space exploration really necessary in this day and age? 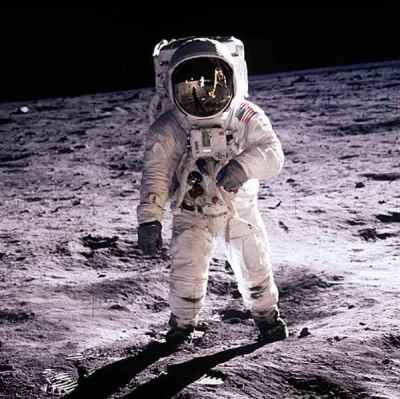