I was a big Disney Channel kid. Honestly, even now as I write this, I am listening to Olivia Rodrigo, so in many ways I am still a (gay) Disney Channel kid. And when I came out at the ripe old age of 20, I was embarrassed that while my queer peers had spent their teen years watching edgier, queerer content like Degrassi, South of Nowhere or even The L Word itself, I had been deeply invested in the unfolding drama between Demi Lovato, Miley Cyrus, and Selena Gomez taking place largely via YouTube and graphic tees.

We’ve talked about how instrumental the Disney Channel Original Movie was to our sexualities and which DCOMs are the gayest, but actual queer women are virtually nonexistent on the Disney Channel. (It’s only been in the last few years that someone came out or two boys kissed in live-action programming on the network). Queer women in Disney projects appear more frequently as animated characters: the first bisexual character on the Channel, but also as a split-second appearance of a couple in Finding Dory or a one-eyed cop.

But while the Disney Channel may not be known for its gay characters, one thing it is known for is launching the careers of some of today’s biggest stars. And not for nothing, a lot of those stars have turned out to be extremely queer! Luckily for today’s teens, more and more of these stars are coming out (or dispensing of the idea of “coming out” as any specific label) while they are on the Disney Channel, making it much easier to be a queer Disney kid these days — and maybe saving them from sharing my experience of being self-conscious at queer parties a decade from now. 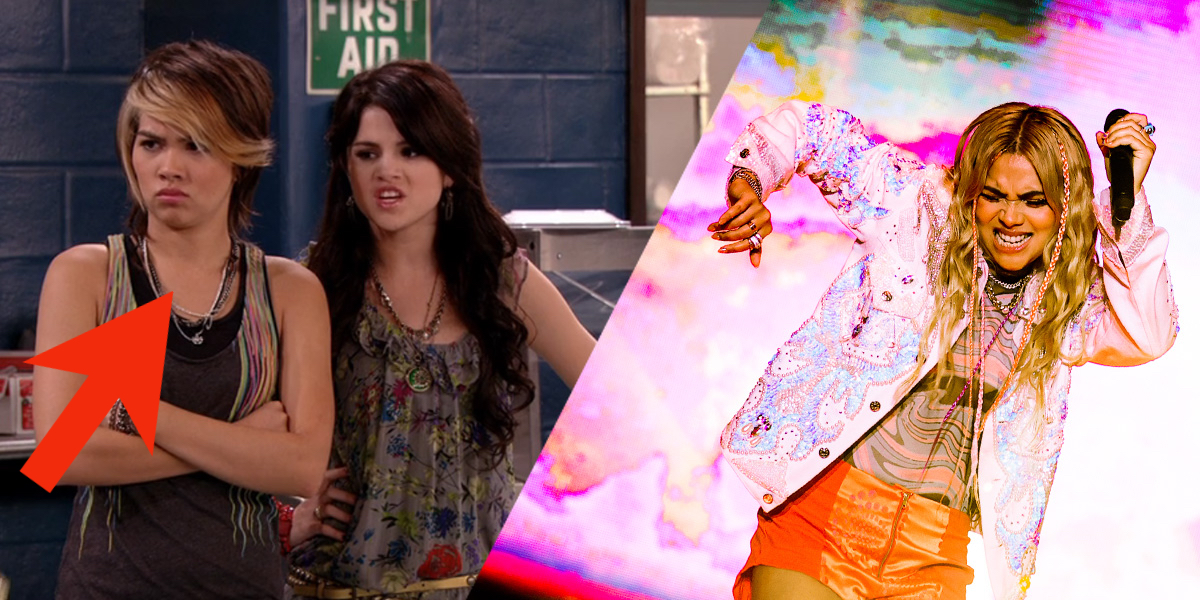 Before she was known as Lesbian Jesus, she was playing a troublemaking wizard (gay) in a small arc on Wizards of Waverly Place and played Stella, the lead guitarist (gay) in the titular band of the DCOM Lemonade Mouth. 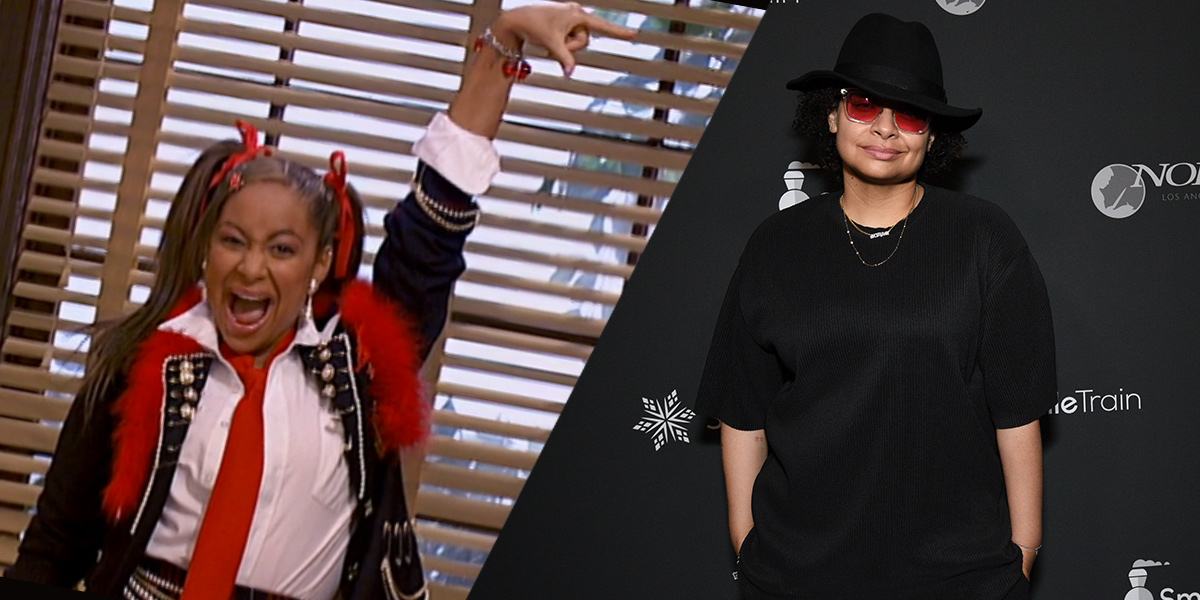 First let’s give it up for one of the hardest working homos on this list, because Raven was truly everywhere on this channel. Despite Raven herself coming out in 2013 and getting married last year, we recently learned that the character of Raven has not and never will identify as queer, not even in the reboot.

I find that just a little hard to believe because babes, the fashion on That’s So Raven? Setting aside the fact that it would absolutely destroy on TikTok right now, it’s all just so gay. The patterns, the textures, the accessories — a maximalist femme dream playing out before my 12-year-old eyes every week. 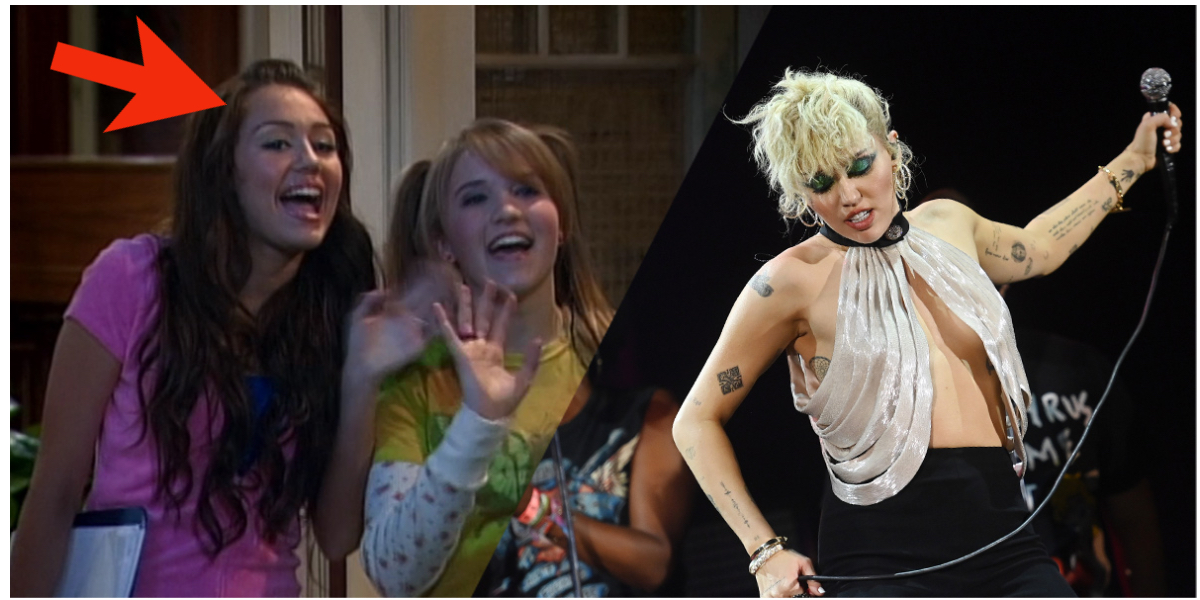 Miley Cyrus was at the center of much Disney Channel celebrity gossip in my day, from her feud with Demi Lovato to her role as one of the founding members of the Jonas Brothers Ex-Girlfriend Club (many members of which appear on this list, just…saying…)

Though the gayest character on Hannah Montana, the show that made Miley mega-famous, was obviously Miley’s bff Lily (homegirl wore combat boots to the beach, like, as a standard), Miley herself came out as not heterosexual and then as pansexual in 2015, though she got an equality tattoo in 2012 (as is legally required of all good allies!). She’s been a culture vulture and made some deeply… questionable comments about sexuality, while also continuing to deliver gossip-worthy activity, like her parking lot kisses with noted Kristen-Stewart-ex Stella Maxwell and starring in this Kaitlynn Carter essay following their much-discussed yacht trip and subsequent breakup. As of last year, she seems to ID as “gay as fuck.”

(Sonny with a Chance, Camp Rock) 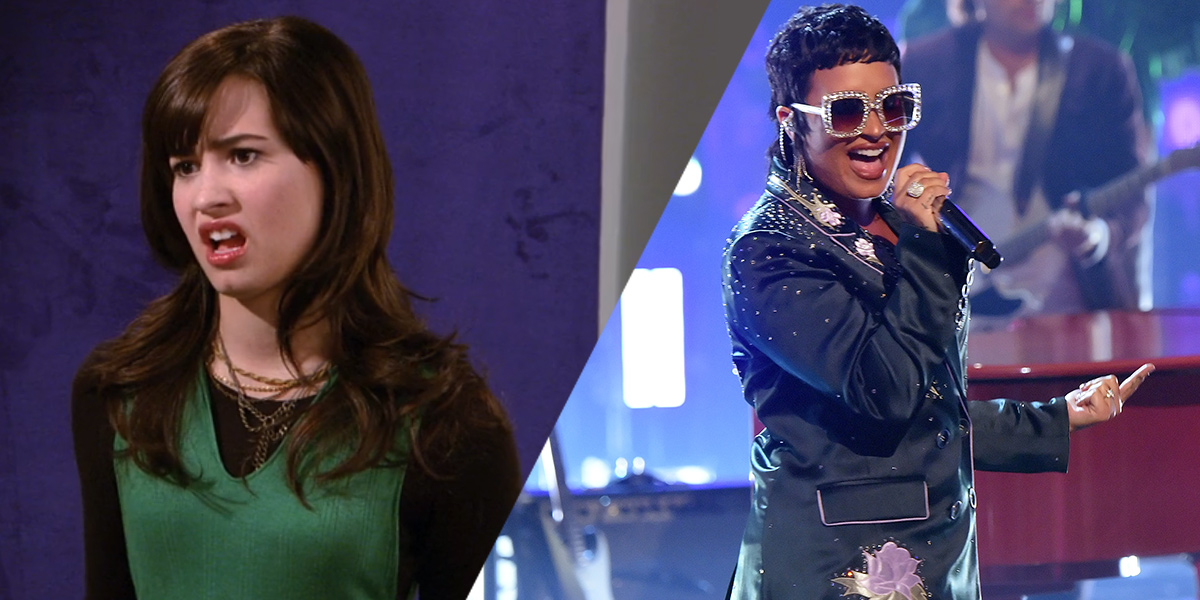 Demi starred in Sonny With a Chance and, of course, ran vocal circles around The Jonas Brothers in Camp Rock, bringing the choppy bang mainstream in a spiritual predecessor to the shaggy cut that is currently in favor with white queers today! Despite playing Santana’s love interest on Glee in 2014, releasing the gayest song ever written “Cool for the Summer” in 2015, and making various comments about sexual fluidity and experimentation throughout the years, Lovato didn’t officially come out until 2017 as pansexual (thank you to Stef Schwartz for her intrepid reporting on this matter), and this year as non-binary. 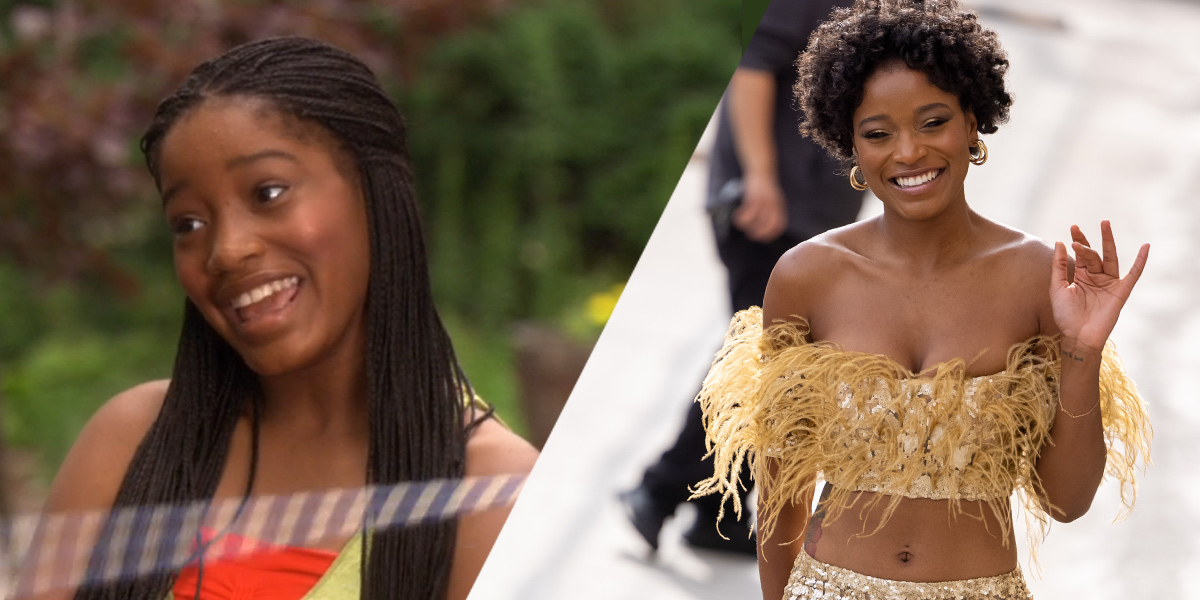 The red-carpet host of this year’s Met Gala? The lead of Disney Channel Original Movie Jump In!? Sexually fluid and making the rules for herself? Baby, that’s Keke Palmer! Ultimately, Nickelodeon was the network that gave her a series (True Jackson, VP), but the DCOMs do not lie. 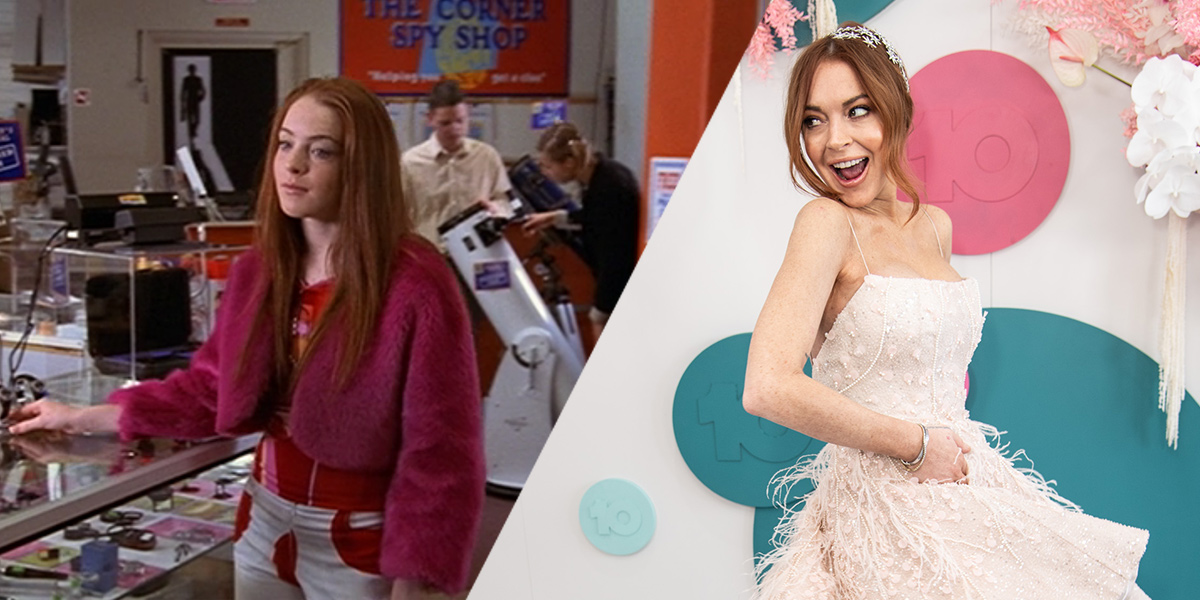 Another one and done DCOM star, Lindsay Lohan was the (impeccably dressed) lead in Get a Clue. I assume everyone knows that she dated Samantha Ronson, but her long and famous feud with Hilary Duff (over, of all people, Aaron Carter) has firmly entrenched her in The Extended Disney Channel Gay Chart! 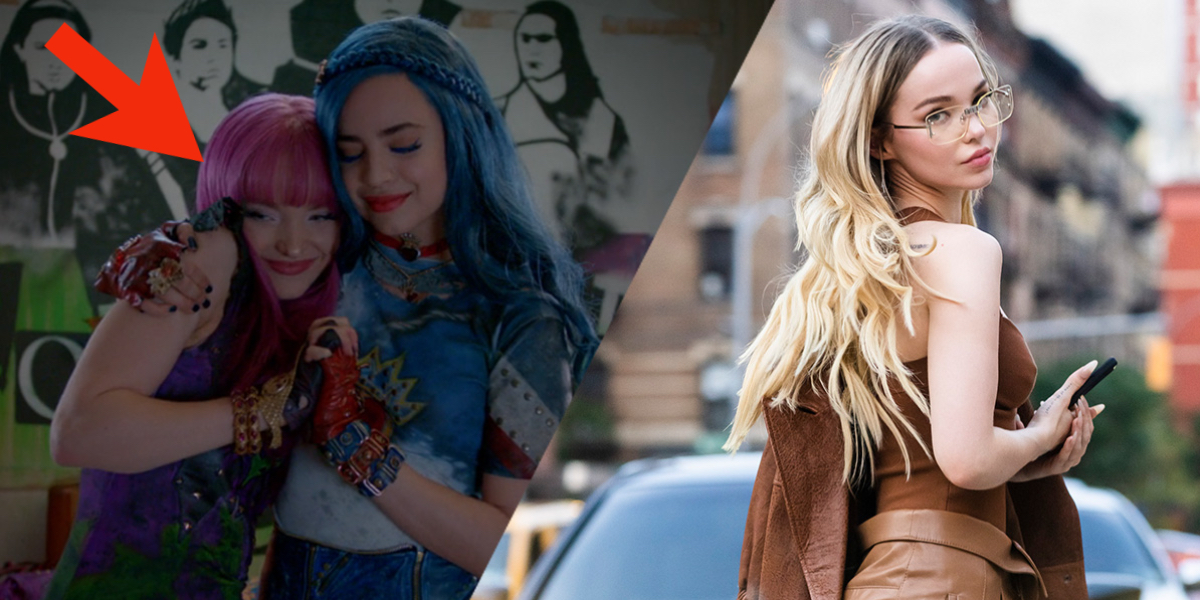 Dove made comments about being queer before her official coming out as bisexual on Instagram Live, which she discussed with Gay Magazine this year! She’s claimed that all of her Disney Channel characters (TV star Liv and overachieving basketball player Maddie – the twin sisters she played on her show, and Mal in the Descendants franchise) have been queer, and yes, she reads fanfiction of her and Sofia Carson’s characters in Descendants, Mal and Evie (the daughters of Disney villains Maleficent and The Evil Queen).

While Dove’s co-star Sofia Carson isn’t officially out, she also ships Malevie (though she prefers #Mevie) and thinks Janelle Monae in a rainbow dress is a “mood” to which I say, same. 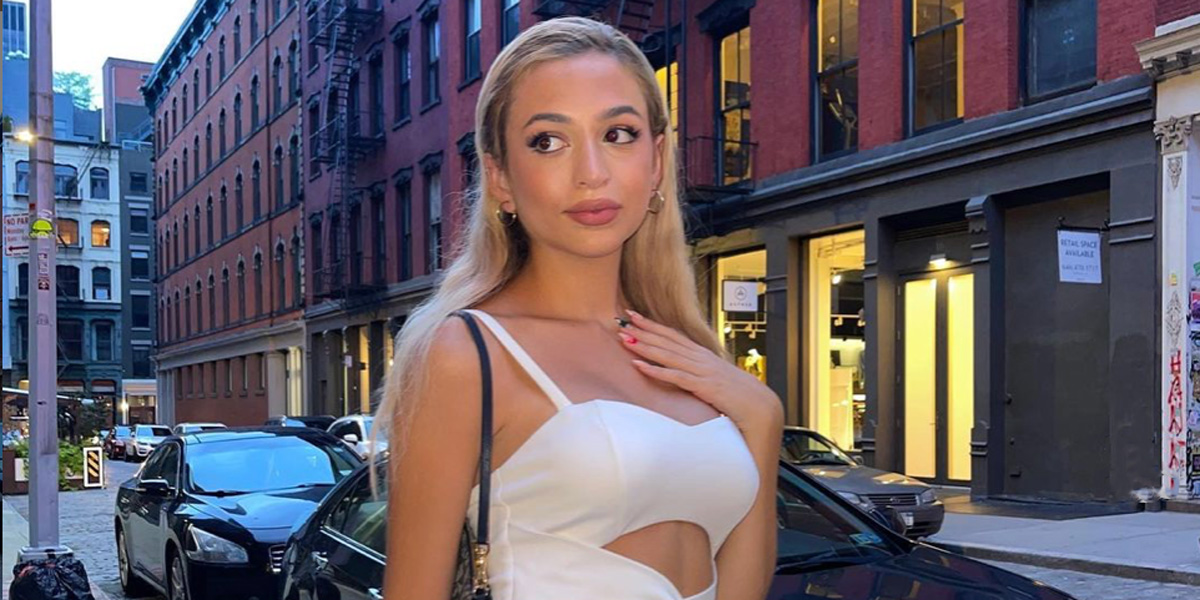 Josie Totah never led a Disney Channel show, but had arcs in both Jessie and Liv & Maddie and was on Glee, which you know is sort of in the same emotional universe as many Disney Channel shows (if we’re all being honest with ourselves!).

She came out in 2018, has appeared in the reboot of iCarly and the reboot of Saved by the Bell, both of which we also loved for making our childhoods even gayer, and is pretty consistently putting us to shame on Instagram. 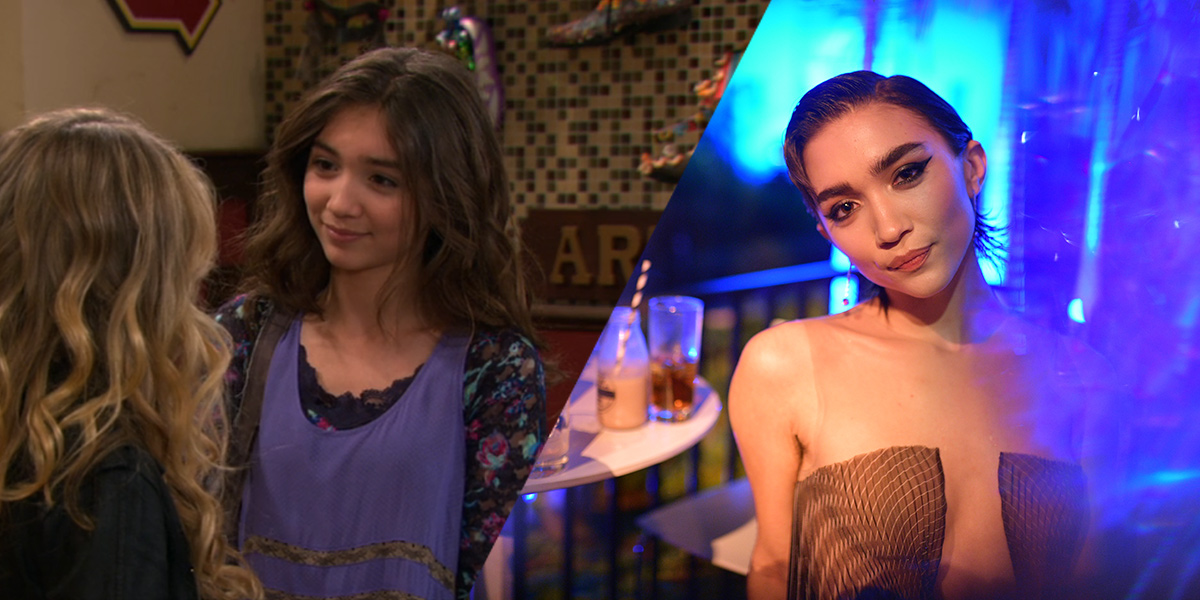 Rowan Blanchard publicly came out as queer at the age of 14 while she was the star of her show, the updated-for-the-millennium reboot of Boy Meets World, making her, I think, the only lead of a show to be out while starring on the channel. 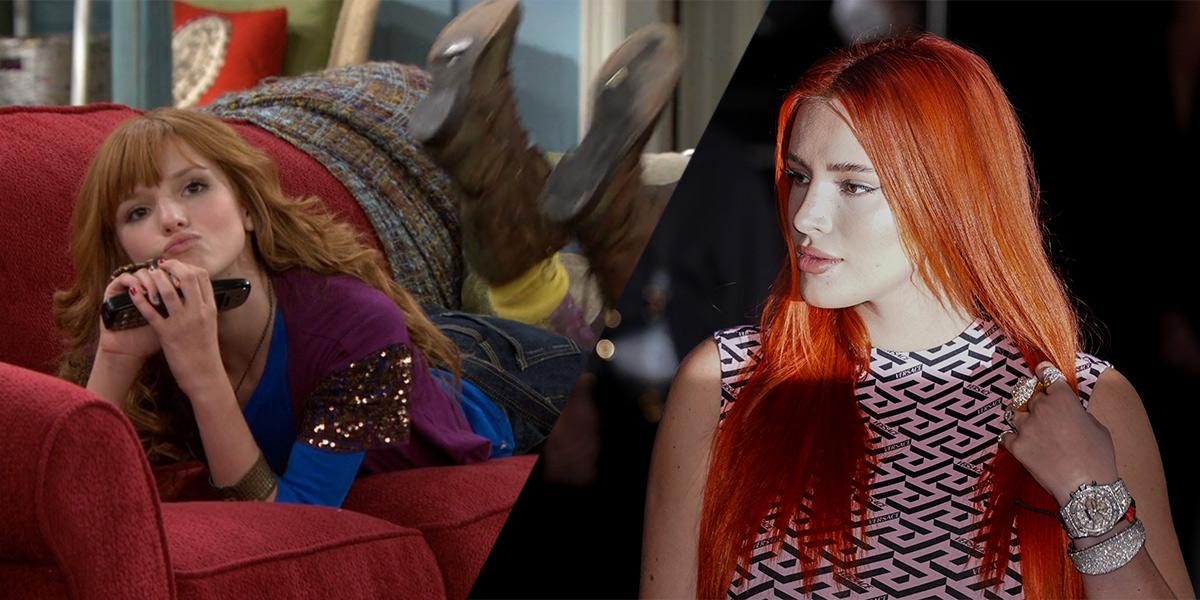 After leaving Shake It Up, the dance-themed show she starred in with Zendaya, Bella followed in the Miley Cyrus footsteps of quickly shedding her child star image and becoming mired in controversy. She came out as pansexual, very publicly dated (and shared a lot of post-breakup Twitter drama with) Tana Mongeau (and MOD SUN, a musician I simply refuse to know anything about), and pulled that OnlyFans stunt. 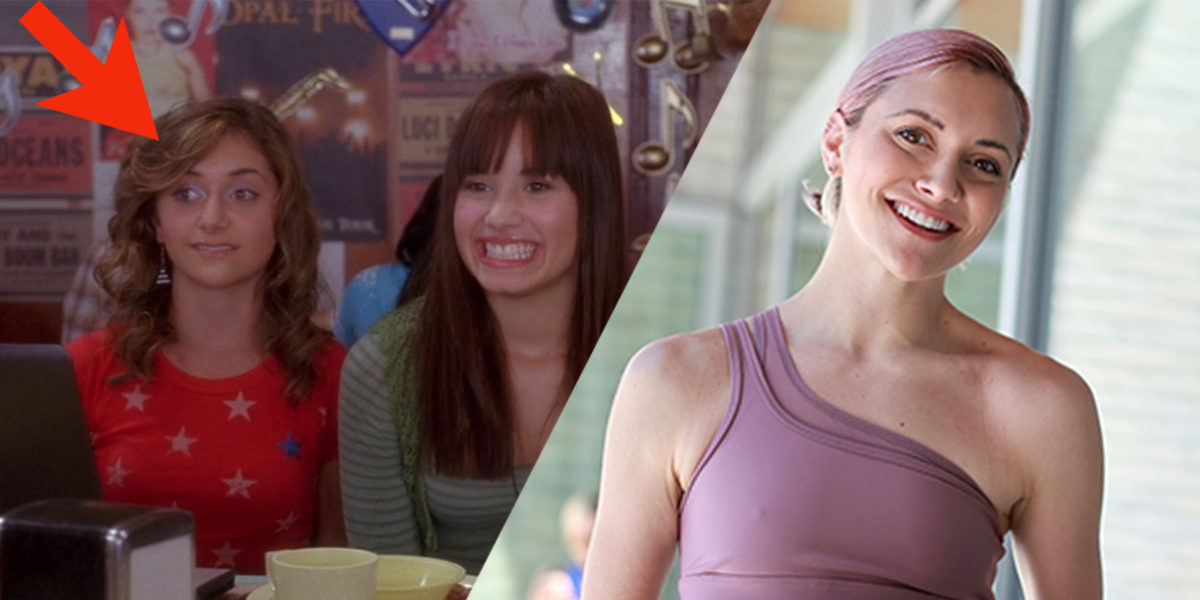 Perhaps better known for dancing in Missy Elliott music videos, Alyson has been in a whole host of Disney Channel projects, as well as the actual host of a weird interstitial show on Disney Channel called Mike’s Super Short Show. Honestly, many of her roles pinged queer for me, but she came out in 2018, then made this absolutely perfect shirt, and now has a gay ol’ time on TikTok.

When I tell you that I would happily and cheerfully sit through commercial breaks as a child hoping for Mike’s Super Short Show to come on, I hope you understand why. I finally do! 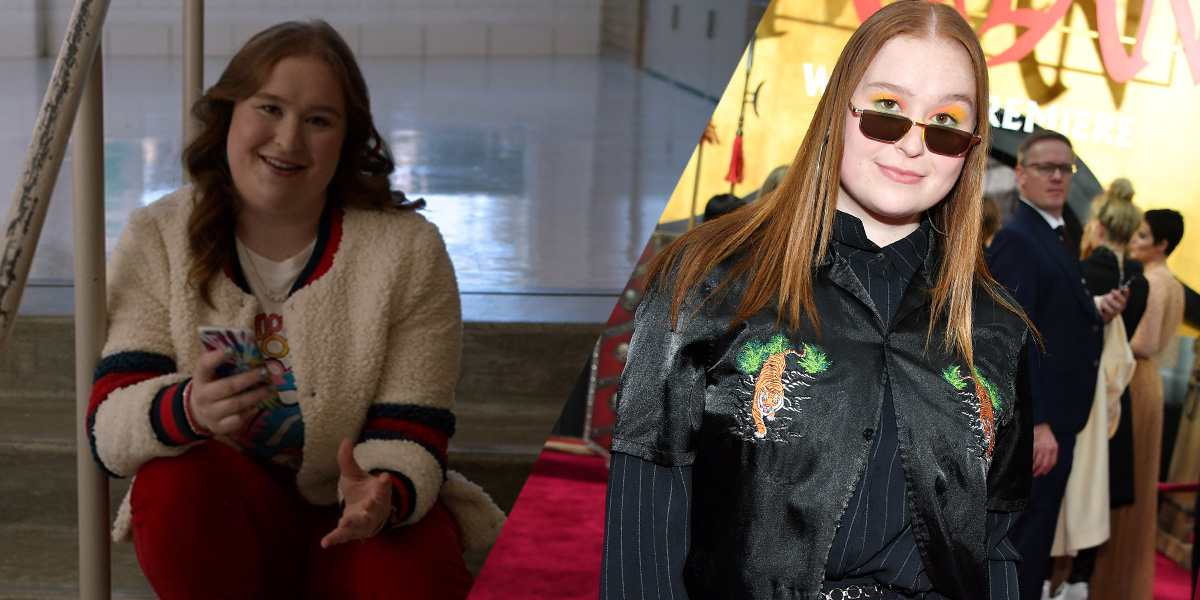 Julia Lester stars in the newest entry into the High School Musical franchise, and loves hanging out with this pansexual flag. (And though the show technically airs on Disney+, I’m counting her as a Disney Channel star because back in my day that was where High School Musical content aired!)

Fellow HSM stars Joshua Bassett, Larry Saperstein, and cute IRL couple Joe Serafini and Frankie A. Rodriguez all identify under the LGBTQ+ umbrella, meaning the majority of the teen cast of that show identifies as queer, finally representing theater kids the way we should always be represented. 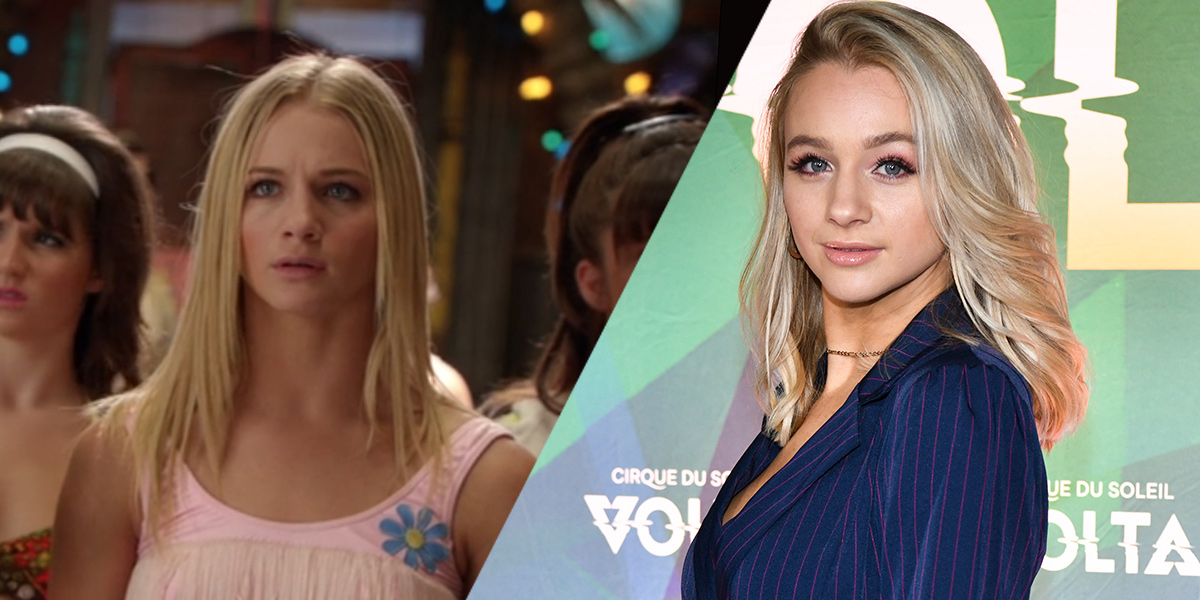 The former cast member of Teen Beach Movie and contestant on So You Think You Can Dance (another of my high school obsessions) got married in 2017, and talked to The Advocate in 2019 about having to come out before she got married. Tangentially, SYTCYD contestants often end up on Dancing with the Stars these days, which this season of course features another former child-star JoJo Siwa in the show’s first-ever same-gender couple!

The extremely talented Auli’i Cravalho, who voiced Moana, came out as bisexual! Casually, over TikTok, as the teens do.

I’d be remiss not to mention Selena Gomez (another noted Jonas Brother ex-girlfriend), who not only – as Mey Rude said in this round up of gay pop songs from 2017 — “plays gay real well” but who is also very close friends with Julia Michaels — close enough friends to kiss onstage, and get matching tattoos offstage. Kacey Musgraves wisely once said “follow your arrow wherever it points” and Selena says hers forever points to Julia’s? Hm.

At press time, Zendaya, wearer of incredible suits, is not officially out as any specific label, but we remain hopeful.