Josie Totah, who’s been acting since 2012, first entered our specific lives in 2015 when she was cast in Glee as the youngest-ever member of New Directions, a Midwestern singing club notoriously thirsty for gimmicky additions to their ranks. Child tyrant/genius Myron Muskovitz, like most of the characters Josie has played throughout her career, was coded as a gay character. She was 13 at the time.

“Acting has always been my passion,” wrote Josie today in a powerful essay in Time Magazine in which she came out as transgender. “I’m grateful for roles I’ve gotten to play on shows like Champions, and I know I’m lucky to be able to do what I love. But I also feel like I let myself be shoved into a box: “J.J. Totah, gay boy.”” 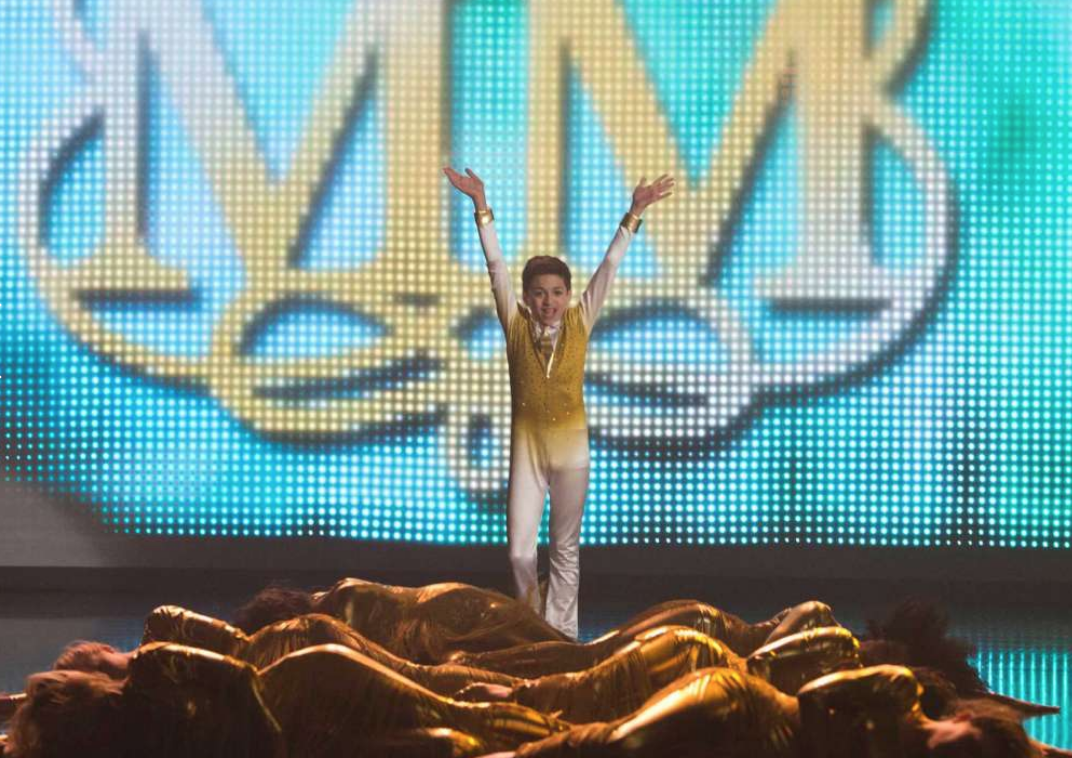 “The show started when I was 8, and I was (living) in San Francisco,” Josie told The San Francisco Examiner about her role on Glee at the time. “I was watching, and I thought it was so cool. And now, I’m on it, and my dreams came true.”

My primary memory of her brief tenure on Glee was when she channeled Maddie Ziegler for The New Directions’ rendition of “Chandelier” in the series’ penultimate episode. “Seriously if this number is the entire reason this character exists,” I wrote at the time in my last Glee recap ever, “I’m kinda okay with it. This is so ridiculous and funny! I love this! NEVER CHANGE GLEE. SHINE ON YOU TERRIBLE BEAUTY.” In that moment she elevated herself from Glee Castaway Island (inhabited by that Irish guy, the one with dreadlocks, and the twins I forgot about until re-watching “Chandelier” five minutes ago) and into Glee Cannon. In her essay, though, Josie remembers her time on Glee as one of great excitement but also a situation that created a lot of wistfulness, too:

…I’d stand back and watch Lea Michele. She was fabulous. And it was fun to see her and the other girls wear dresses and put on lavish musical numbers. But it was also hard, because I wanted that to be me. It’s a feeling I’ve experienced in nearly every project I’ve worked on.

Prior to Glee, Josie had spots on New Girl, 2 Broke Girls and Back in the Game. In the past few years, she’s had a featured role in Mindy Kaling’s sitcom “Champions,” as well as parts on Liv and Maddie, Sofia the First, Skirtchasers, Jessie, Tween Fest and the film Spider-Man: Homecoming. It is my understanding that most of the shows on that list are part of a Disney situation, which is this entire universe of programming that never crosses my radar but apparently are very popular with The Youths!

Totah is one of two former Glee cast members who have since come out as transgender: Jake Zyrus, who appeared in Season Two as “Sunshine Corazon,” came out as a trans man in 2017.

In her essay, Josie talks about growing up in a small town in Northern California, where people assumed she was a gay boy because of her desire to sing with the girls rather than play soccer with the boys. Once she started acting, everybody around her doubled down on that assumption:

“Numerous reporters have asked me in interviews how it feels to be a young gay man. I was even introduced that way before receiving an award from an LGBTQ+ rights organization. I understand that they didn’t really know better. I almost felt like I owed it to everybody to be that gay boy. But that has never been the way I think of myself.”

It’s understandably a lot of pressure on a kid who didn’t want to insult the LGBTQ+ community by refusing the label, but wasn’t yet ready to share how they truly identified. She continues:

“…I realized over the past few years that hiding my true self is not healthy. I know now, more than ever, that I’m finally ready to take this step toward becoming myself. I’m ready to be free. So, listen up y’all: You can jump on or jump off. Either way this is where I’m heading.

She recalls a lightbulb moment after a lifetime of things not feeling quite right, watching the reality show I Am Jazz with her mother. “As I learned more information about hormone replacement therapy, I knew that this is what I had to do,” she says.

At the end of her essay, Josie says she’s heading off to college next week, and plans to continue acting, going out for cis and trans female roles, “I can only imagine how much more fun it’s going to be to play someone who shares my identity, rather than having to contort myself to play a boy. I’m going to gun for those roles, be it a transgender female or a cisgender female. Because it’s a clean slate — and a new world.”