LA Times writer David Lampo makes the accurate observation that “it’s an axiom of modern American politics that most Republicans are reflexively — even stridently — anti-gay.” This is, fairly inarguably, correct. There are some complicating factors to that assertion — for instance, that the younger demographic within the GOP may have significantly different views than the people currently in office, or that plenty of Republicans, like Colin Powell, have successfully “evolved” on some issues like same-sex marriage. After all, it’s become apparent that the upper echelon of the GOP is so anti-gay that they can’t deal with a gay person even when he’s a member of their own party.  So why, then, does Lampo’s article argue that the GOP is “hardly” anti-gay? 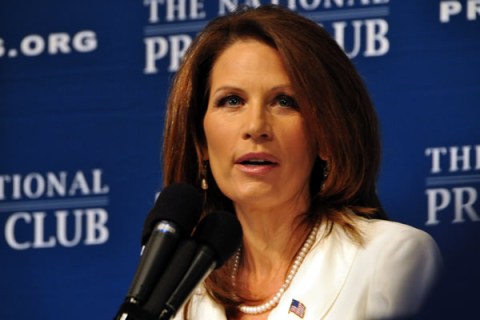 Lampo has identified four “myths” that he thinks have got the general public misled about what Republicans really think about gay people, or as he puts it, lead us to “[overlook] pockets of tolerance among its rank and file.” In summation, his debunking of these “myths” are: 66% of Republicans support workplace policies that ban discrimination against gays and lesbians, 64% of Republicans support allowing openly gay servicemembers in the military, 41% of Christian conservatives, a majority of Republicans, and even 53% of Tea Partiers support “legal recognition for gay couples” (although in most cases that doesn’t mean marriage).

These are all good things! Very few people would argue that opposing discrimination, and supporting marriage equality and workplace equality in the military are bad things. However, to take those statements and leap to the conclusion that the Republican party is therefore not anti-gay is just incorrect and logically unsound. It’s probably true, honestly, that there are “pockets of tolerance” that are ashamed of the antics of people like Santorum and Romney. But what Lampo is essentially trying to do here is conflate support for marriage equality and a few other big-ballot and highly publicized issues, like DADT, with support for the queer community. While marriage equality is a very important and very personal issue for a lot of queer families, the fact of the matter is that for queer people, much like for straight people, all the days preceding and following a wedding day are important too. And that’s where the Republican party really hurts the gay community, “tolerance” or no.

For instance, while the mainstream media tends to frame the conversation about sex education in terms of teen pregnancy, comprehensive sexual education is a huge factor in deciding whether queer kids grow up safe and healthy. When Republican legislators oppose curriculum that would educate children about their own bodies and how to take care of themselves, even straight teens can succumb to self-loathing for entirely normal feelings, and find themselves in behaviors that hurt themselves and their partners. Especially if a queer kid has an unsupportive home life, a school life that deliberately erases their existence is unconscionable. But regardless of how they vote on DADT, this is what Republican lawmakers are supporting every time they vote for abstinence-only education, or for “leaving those things up to the parents.” And when the Republican party attacks institutions like Planned Parenthood, they’re not just hurting straight women or women who need abortions, they’re hurting the queer community, too. Places like Planned Parenthood are sometimes the only reliable and non-discriminatory places queers can turn for care and for sexual health, and if Republicans don’t care about that, they don’t care about queer people. 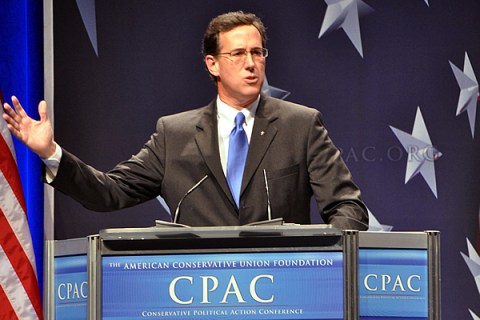 Similarly, while healthcare reform and access to affordable care are important for everyone, they’re especially urgent for a population (like the gay community!) who are extra susceptible to anxiety, depression, substance abuse and a host of other mental health problems. (Their vulnerability is at least partly because of  the stigma and daily hardships that gay people face, which is also arguably the fault of the Republican party among many other groups, so there’s that.) Especially considering the unemployment and workplace discrimination that many groups in the queer community face, particularly trans* people, being able to access healthcare even if you don’t have insurance through your employer or the ability to afford private insurance (and if you can’t be put on your partner’s insurance plan because of DOMA) is critically important. All of the goodwill and gay “tolerance” in the world won’t help someone get care they need to stay healthy or stay alive.

In some ways, those issues just make the point that what’s bad for America in general is especially bad for queer people — after all, that’s sort of what being marginalized means. But there are specific issues besides same-sex marriage that affect the queer and trans* community, and on the whole, the Republican party has either ignored or actively worsened them. Take homelessness, which disproportionately affects queer youth and trans* people. Young queer people who are kicked out of their homes or need to leave their homes because they aren’t safe really only have a deeply flawed and under-resourced foster care system to turn to, and which often doesn’t have specific tools or training to support queer or trans kids. Outside of the foster care system, many of the only options for shelters or housing are faith-based organizations, which often turn away gay kids or force trans* people to present as a gender they don’t identify as or else lose their housing. If the Republican party really wants to prove it’s “hardly anti-gay,” it could pay attention to the problems that are life-and-death issues for members of our community — or even call for LGBTQ families to be considered as adoptive or foster families and give millions of dollars to a pilot program working to combat queer teen homelessness, like the Obama administration did. 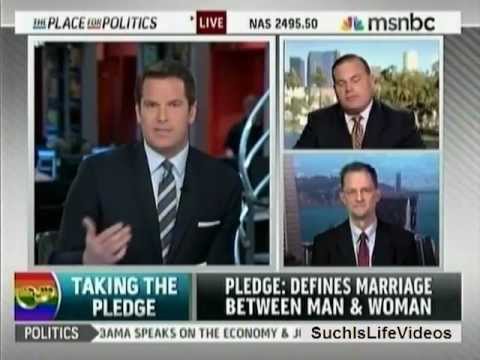 When you look at the full picture, Lampo isn’t wrong, at least not totally. His numbers are correct, and he’s right that there are probably plenty of people who would be shocked to find out that 66% of Republicans support workplace policies protecting gays and lesbians from discrimination (probably plenty of Republicans would be surprised, also). But he’s wrong if he thinks that means the party can earn a pass from the gay community, or that once we’re allowed to go to City Hall the state can sit back and think it’s done right by us for the rest of time. The Democratic party has been by no means a perfect ally either, but as long as the Republican party is still spit-taking over words like “bisexual” and “transgender” and jumping at the chance to hurt women just for one more chance to throw gays under the bus, “hardly anti-gay” is a claim you might want to wait on making.