Let me tell you all a little somthin’ somethin’ about my trip to MEPS (Military Processing Entrance Station). It all started with a two-hour ride in a stuffy white van that smelled too much like dirty cat box, en route to a hotel where about 90 recruits from all over parts of California and Nevada would be having a giant slumber party with cotton candy and Disney movies.

It’s more like: where 90 recruits would be taking a nap before waking up at 4 a.m. to spend the day being poked, prodded, quizzed, and questioned.

We get to the hotel and check in; rooms are assigned, rules laid out, and awkward handshakes were had by all! Curfew is 10 p.m., dinner begins at 5 p.m. However, the litter box van fumes EXHAUSTED me and I took full advantage of lying on my bed watching HBO, while my roommate went off to do her thing. She’s shipping out the next morning to Missouri for chemical engineering stuff. As in, she’s smart. And her pajamas were jean shorts. Two thumbs up

4:58 p.m.: I am out the door for dinner (I obviously need those two minutes to adjust the tennis balls on my walker) and lasso some confused looking people to enjoy the all-you-can-eat buffet with me. All conversations in this place begin as such:

Handshake action while the other person says, “(their name)”

“What branch are you going for?”

It’s a little ice breaker. No one cares, really. But we’re all in the similar position of being surrounded by strangers who are going through this crazy thing, too. And it’s as if having this conversation makes it all normal. I sat with two guys going into the Army to be a medic and an infantryman, respectively, and a Navy girl going in to work on meteorology. It was nice to get to know these three, and comforting to hear that you’re not alone in having all of the feelings about what you’ve gotten yourself into.

After dinner: I went back to my room and talked on the phone with a friend until my phone died. Felt better about life, and set approximately twelve alarms for the next morning.

4:00 a.m.: Good news, the alarms worked! My immediate objectives are to chug water, shower, and pee so that the urinalysis I take later isn’t a bad sample. The recruiters will vehemently warn you to carefully moderate sugar and protein intake the night before and morning of the pee test, because it apparently may cause a bad sample. I figured that not smoking a trash bag full of weed or drinking until 3 a.m. the night before would be a good start… but now I have to watch my bacon intake too!?

*The consequence of not listening to your recruiter is having to travel back to this magical place, again, just to pee in a cup, again.

5:00 a.m.: Roommate and I pack up our bags and head to breakfast with our neighbor girls. Its G-D delish, except I am too paranoid to eat bacon, and we aren’t allowed to drink coffee. Which is a big problem. My eyelids weigh one-thousand pounds, and there is nothing I can do about it.

5:30 a.m.: We’re all put in line to wait for the bus that will take us to the Poke n’ Prod. Neighbor girl ships out to basic training today, like a lot of the recruits in line, and it’s just now hitting her. I’ve had ten glasses of water, and it is just now hitting my bladder. “Dog Days Are Over” is playing in the lobby, and it is hard not to clap along and sing about running fast for everything and bubbles in sinks or something. 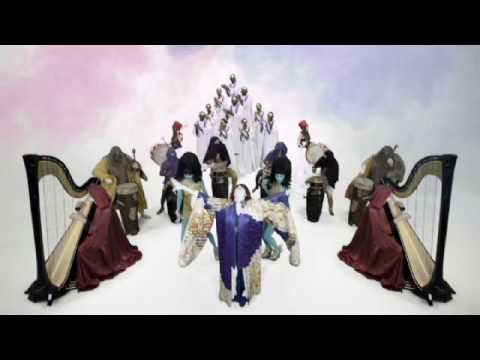 literally just watched this video for the first time. there are no words.

6:00 a.m.: We unload from the bus and are put into several single-file lines based on whether we’re coming for the full-monty, the “mini” physical, or a return trip to amend anything that came up on the first trip. A National Guard Officer is out giving us the what-for, which includes “yes sir/no sir” or “yes ma’am/no ma’am” answers to any and all staff, some logistics, and a “don’t fall asleep or we will scream at your head” warning. Lovely.

6:30 a.m.: We enter the building. There is an airport security-esque setup that we all file through. Everything but the clothes on our back and our social security cards must be put in a storage room that stays locked until we leave. The first round of questions and biometric signatures (fingerprints) happen right after.

8 a.m.: Eyeball testing. Basically, you read a line, with letters. Easy, right? Earhole testing is next. Somewhere, clouds part, and a not familiar at all, but totally familiar face comes and sits on the stool next to mine. An equally cold and nervous baby butch! It was like seeing a relative you used to hang out with all the time but haven’t seen in years. We chat about how weird this all is, and about her girlfriend, and eating pizza, we laugh at the assholery of two other girls in a line with us when one said to the other: “They don’t look like girls to me!” because no one has ever heard THAT one before…

9 a.m.: We’re led into a classroom, where the health director and an officer come in, hand out scantrons, a pencil, and a laminated sheet, then tell us not to fill any of it out. Wait, fill it all out. Wait, don’t fill it out. Wait, put your name on it. Then they leave. Are you confused? Me too.

(At this point, time will be referred to with P.P. (pre-pee) and A.P. (after pee). You’re not allowed to wear watches in the facility, and there is one wall clock in the place. It is also fifty degrees and there are no windows. Just in case anyone was wondering…)

P.P.: Two nurses come into the classroom and introduce themselves while prepping a power point, they forewarn that the form we are about to fill out is to cover our lives from birth until this very moment, and if we fail to correctly answer any of them, we go to jail, directly to jail, do not pass go, do not collect $200. No pressure. One of them distracts us by talking about how wild and crazy going to San Francisco for Pride weekend is: “There were topless ladies just walking around selling weed brownies!” Then she goes over undergarment policy. No sports bras. No thongs (no problem there). No boy shorts. And, NO BOXER BRIEFS. They ask if anyone has an issue with that, and I say nothing. If my fate here is to change out of my underoos, it would be by force! Bah humbug underwear misers!

One nurse calls up all of us kids taking the ASVAB (Armed Services Vocational Aptitude Battery) gives us a breathalyzer test and send us off. I pee-pee dance through the halls, resolved in my mission to hold it, because I refuse to come back to this place over pee.

P.P.: The Test. First off, if you ever have to take it, don’t worry. It’s not as bad as you’re going to make it out to be. In my case, I rushed through that shit because bladder. However, and I didn’t know this, after finishing the ASVAB, Army recruits are required to take the TAPAS (Tailored Adaptive Personality Assessment System), aka, a personality test. It’s 160 questions that literally have no good answer.

a) I often lash out at my friends and family

b) I am generally disorganized because it’s not important to me.

Even if you are a color-coordinated folder to pencil type person, and the sweetest honey bee in the hive, one of those HAS to be your answer. Fuuuuuuuun-not at all enjoyable.

P.P.: I’m sent back take to medical, and the officer there asks if anyone is available to take me to pee. I wish you all knew how exciting that moment felt, but maybe it was something like this: 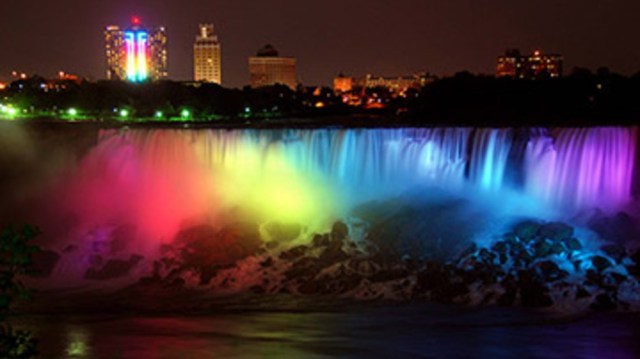 A lady officer comes up, leads me to a stall, gives me instructions on how to pee since maybe I look like I don’t know how? And let me at it. To be frank, having someone watch you go isn’t weird at all. Maybe a few farts could dampen the situation, so don’t do that. She and I had a lovely chat about her babies, my tattoos, and how awesome she was for taking control of her career and having her husband stay at home to rear the babes. The Pee of 2013 lasted about as long as In-A-Gadda-Da-Vida. Furthermore, I am not pregnant. So that’s good.

A.P.: From here, there is a whole lot of “hurry up and wait.” A phlebotomist with a southern accent and Hawaiian-print shirt stabs me a few times, gets some blood, and makes fun of boys for fainting. Then, waiting. Someone takes my blood pressure. Then more waiting.

A doctor calls me in to his office, and he re-asks all of the questions that were on the scantron. Tells me my ears look nice, makes fun of me for my speeding tickets, and tells me I can’t get any more tattoos in an endearing, fatherly way. It was weird. Really, really weird. 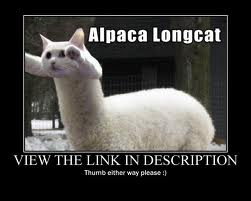 like what happens when you google image search “really weird”