Slowly but surely, a body of research is being built up about LGBT people and their needs as people and as patients. We already know that many doctors and medical students don’t have specific training on how to treat LGBT populations; many don’t even know that specific training is required, or that we have unique health needs.  We know that discrimination, and incidents like anti-gay bullying, negatively impact our mental health and well-being. We know that LGBT populations face high levels of psychological and emotional stress as a stigmatized group, which factors into heightened levels of substance abuse.

Now, a study from Australia tells us that beyond just suffering from higher levels of mental health problems than the average population, almost 80% of LGBT people have suffered “intense anxiety” in the past year. Maybe that’s related to the fact that that apparently “almost half of the more than 4000 GLBT people surveyed said they hid their sexuality or gender identity in a range of situations for fear of heterosexist violence or discrimination,” and some reported feeling like they had to keep their sexual orientation a secret from even their medical practitioner. Less than 70% of those surveyed said that their general practitioner knew their sexual orientation, and roughly 25% didn’t even have a regular GP. 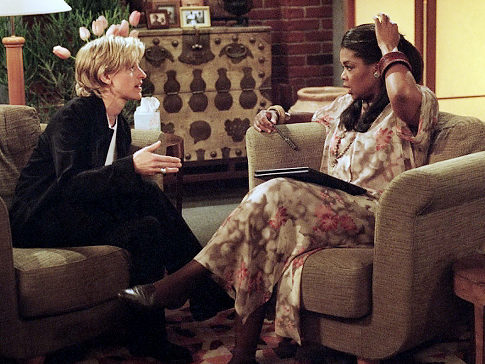 Young people aged 16-24 were described as “more likely than any other age group to hide their sexuality or gender identity.” This may help explain why in another study conducted at the University of Michigan in fairly liberal Ann Arbor, LGBT students are “significantly more likely to report[…] alcohol or drug use and problematic drinking and problematic drug use.” The study found an explicit correlation between experiences of discrimination and substance abuse, indicating that even in the supposedly safe atmosphere of a college campus, anti-gay hostility and discrimination is seriously affecting the ability of queer students to live healthy, happy lives. The research indicated that even “sexual minority students who knew others who were subjected to hostility were at increased risk for having a drinking problem.” Overall, it suggests that while we’ve already more or less established that experiencing anti-gay harassment is damaging to mental health and well-being, the general atmosphere of inequality and microaggressions that queer people experience also add up to a significant impact on psychological health, even for young people.

Looking at the various factors that make up someone’s health status is always complicated. For instance, it seems like LGBT people’s substance abuse is correlated with stigma and anti-gay discrimination; but it may also be compounded by the fact that LGBTs (and other marginalized populations) are less likely to have health insurance or equal access to healthcare, as substance abuse can function as an attempt to self-medicate for people with anxiety or depression. Given that when LGBT people try to access counseling services there’s a chance that their therapist may try to “treat” their sexual orientation rather than their anxiety, they may not see counseling as an option — which in turn would lead to anxiety as a reaction to experiencing stigma and discrimination. It’s a difficult problem to disentangle, but the more studies we have that can point to specific correlations in the experience of LGBT people, the better chance we’ll have at making life better for our community.