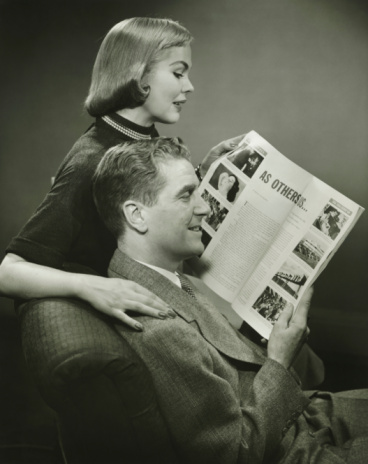 Nominations for the 2012 National Magazine Awards were announced today, which’s the equivalent to Oscar Nominations Day for magazine-obsessed dorks like me. But before I even had a chance to check out this year’s selections, a reader informed us via twitter that  the nominees for Reporting, Features, Profile, Essays and Columns have one unfortunate thing in common — they’re all men.

The National Magazine Awards press release doesn’t include author names, so I had to verify this alleged Sausage Fest by looking them up myself. I also looked at the nominees for other single-human categories (as opposed to awards for entire magazines, feature series, special issues, overall design, etc) including News & Documentary Photography, Feature Photography, Fiction, Personal Service writing and Public Interest.

These are all the single-human “Ellie” award nominees, with authors added and asterisks indicating females:

The Atlantic for “Our Man in Kandahar,” November, by Matthieu Akins
Los Angeles for “What Happened to Mitrice Richardson?” September, by Mike Kessler (we actually wrote a similar story about Richardson a few months earlier)
The New Yorker for “The Apostate: Paul Haggis Vs. The Church of Scientology” February 14 & 21, by Lawrence Wright
The New Yorker for “Getting bin Laden,” August 8, by Nicholas Schmidle
Vanity Fair for “Echoes From a Distant Battlefield,” December, by Mark Bowden

Esquire for “Heavenly Father!” October, by Luke Dittrich
GQ for “The Man Who Sailed His House,” October, by Michael Paterni
The New York Times Magazine for You Blow My Mind. Hey, Mickey!, June 12, by John Jeremiah Sullivan
The New Yorker for “A Murder Foretold,” April 4, by David Grann
Rolling Stone for “Arms and the Dudes,” March 31, by Guy Lawson

D Magazine for “He Is Anonymous,” April, by Tim Rogers
ESPN The Magazine for “Game of Her Life,” January 10, by Tim Crothers
Men’s Journal for “The Blind Man Who Taught Himself to See,” March, by Daniel Kish
Rolling Stone for “Santiago’s Brain,” December 8, by Jeff Tietz
Sports Illustrated for “Dewayne Dedmon’s Leap of Faith,” November 14, by Chris Ballard

Esquire for “The Loading Dock Manifesto,” May, by John Hyduk
GQ for “Too Much Information,” May iPad Edition, by John Jeremiah Sullivan
New York for “Paper Tigers,” May 16, by Wesley Yang
The New Yorker for “The Aquarium,” June 13 & 20, by Aleksandar Hemon
Slate for “The Stutterer: How He Makes His Voice Heard,” February 22 by Nathan Heller

Glamour for “The Secret That Kills Four Women a Day,” June – Liz Brody**
Good Housekeeping for “Fractured,” July – by Susan Ince**
Real Simple for “Your Holiday-Spending Survival Guide,” November – the editors**
Redbook for “Would You Get a ‘Mommy Tuck?” April – Hallie Levine**
San Francisco for “The New School of Fish,” February – Erik Vance

When all single-human categories are taken into account, women snag 26% of 2012’s nominations, mostly due to the bump afforded by the women’s-magazine-focused category of “Personal Service” writing, which this year honors four women and one man and includes a “Holiday Spending Survival Guide” from Real Simple and stories on domestic abuse, osteoporosis, post-pregnancy tummy-tucks and fish. Yes, I said “post-pregnancy tummy tucks.”

The “Public Interest” category is also female-friendly, acknowledging stories like Kathy Dobie‘s piece on the proliferation of sexual assault incidents on the Standing Rock Reservation from Harper’s and Lea Goldman‘s exposè on breast cancer non-profits for Marie Claire. Additionally, three of this year’s fiction nominees are female. But when it comes to photography, even at magazines geared towards women like W and Vogue, it’s men behind the lens — only two out of the ten photography nominees are women.

And the most revered categories, however, are, as promised, Sausage Fests. It’s worth noting that not only are almost all of the nominated pieces written by men, they’re also mostly about men. You don’t even need to read the articles to know this because it’s usually in the title. We’ve got “Our Man in Kandahar” and “The Man Who Sailed His House” and “The Blind Man Who Taught Himself to See.” There’s “He is Anonymous,” “Murder and the Dudes,” “Heavenly Father!” and “How He Makes His Voice Heard.” Only two of the 20 articles nominated in these categories are about women, and interestingly enough, both are about women of color (Mitrice Richardson and Phiona Mutesi, a 14-year-old Ugandan chess prodigy).

+ Elissa Strauss, a blogger for The Forward, went through every 2010 issue of various popular magazines to break down the number of bylines given to women versus those given to men and found 30% of New Yorker stories written by women, 13% at The National Republic and 22% at The Atlantic.

+ The Gender Report tracked bylines on lead news articles online throughout 2011 and found 32.2% were women.

+ 25 of the 98 Contributors listed at The New Yorker are women.

…but there’s a difference between “underrepresented” and “totally left out.”

There are lots of theories bouncing around. The lack of recognized women could be related to the fact that whereas writers of whatever gender are often recognized for the excellent feature journalism that happens in men’s magazines like Esquire and GQ, many women’s magazines can be a bit of a black hole when it comes to quality feature journalism, thus reducing the number of available outlets for really good stuff about lady business. The lady journos whose bylines I’m most familiar with usually publish in “general interest” publications like The New Yorker, New York Magazine, The Atlantic, Harper’s, The New York Times Magazine, Texas Monthly, Mother Jones and Rolling Stone — women like Susan Orlean, Rebecca Mead, Ariel Levy, Meghan O’Rourke, Vanessa Ggrigoriadis, Elizabeth Kaye, Pamela Colloff, Mac McCleelland and Emily Nussbaum.

The aforementioned Elissa Strauss, inspired by her own research and VIDA’s, actually attempted to get in touch with the editors of the magazines she studied for her bylines project to ask how they feel about the Female Byline Problem, and their responses (and her commentary) may or may not offer some insight as well.

Regardless, I think it’s safe to say that women penned many worthy pieces this year and it’s profoundly depressing that nobody noticed. I was surprised that Kathy Dobie’s Girl at Trail’s End (GQ) didn’t appear on this list, or Laurie Abraham‘s Teaching Good Sex, from The New York Times Magazine or Clare Morgana Gillis’ account of being held captive by Muammar Qaddafi’s forces in Libya. Women are writing really fantastic pieces about the economy, foreign affairs and education. You guys, two-thirds of journalism school students are women. Where are their bylines?

It’s unfortunate, then, that in a year when so many straight white cisgender men are working every day to take away the rights of women and LGBTQ people — and working so hard to do so without actually having to listen to any of us talk — that the best stories of last year are entirely devoted to stories written by men and almost entirely devoted to stories written about men. Zero. Think about that. Zero.

Susan Orlean, in her Days of Yore interview, was asked if she’s faced any specific challenges as a writer because she’s a woman. She answered that “in some cases I think women have a great advantage – people are sometimes more open to a woman than they might be to a male reporter.”

If only the 400 people who chose the National Magazine Award nominees understood that, too. 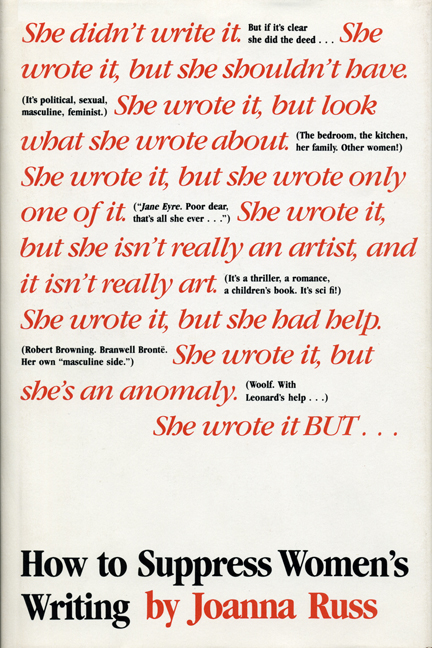