1. Call For Submissions, by The Editors
2. Portraits of Lesbian Writers, 1987-1989, by Riese
3. The Way We Were Spotlight: Vita Sackville-West, by Sawyer
4. The Unaccountable Life of Charlie Brown, by Jemima
5. Read a F*cking Book: “Odd Girls & Twilight Lovers: A History of Lesbian Life in 20th-Century America”, by Riese
6. Before “The L Word,” There Was Lesbian Pulp Fiction, by Brittani
7. 20 Lesbian Slang Terms You’ve Never Heard Before, by Riese
8. Grrls Grrls Grrls: What I Learned From Riot, by Katrina
9. In 1973, Pamela Learned That Posing in Drag With A Topless Woman Is Forever, by Gabrielle
10. 16 Vintage “Gay” Advertisements That Are Funny Now That “Gay” Means “GAY”, by Tinkerbell
11. Trials and Titillation in Toronto: A Virtual Tour of the Canadian Lesbian & Gay Archives, by Chandra
12. Ann Bannon, Queen of Lesbian Pulp Fiction: The Autostraddle Interview, by Carolyn
13. 15 Ways To Spot a Lesbian According To Some Very Old Medical Journals, by Tinkerbell
14. The Very Lesbian Life of Miss Anne Lister, by Laura L
15. The Lesbian Herstory Archives: A Constant Affirmation That You Exist, by Vanessa
16. When After School Specials Made Gay People Seem Not-So-Special, by Riese

In 1986, HBO and some Canadian cable companies produced the After School-Special-style drama, The Truth About Alex, starring Peter Spence as Alex, an All-American football player and passionate pianist harboring a big scary secret… he’s a homosexual! Scott Baio co-stars Alex’s tough-guy best friend Brad Stevens, who also plays football. Brad has a mean military father with severe white hair who wants his son to get into West Point and not associate with homos. The setting is initially very wholesome, with lots of lawns, ponytail ribbons and girls in white pants, but then it gets really dark. 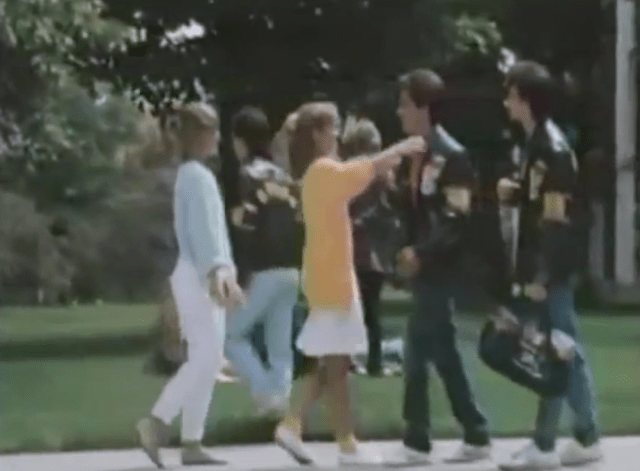 1986 might seem early for this kind of mainstreaming teen-oriented content, but after-school specials have always been permitted to “go there” because tackling a controversial issue is the genre’s explicit intention. So there we were on the television along with the drunk kids crashing cars into trees, sad pregnant teenage girls with abusive boyfriends and the rascals smoking joints in the schoolyard. Scott Baio was in a lot of After School specials, like All the Kids Do It, Stoned and The Boy Who Drank Too Much. They all seem so hilarious now, see:

The Truth About Alex is profoundly depressing. That’s the thing about these After School Specials, simply permitting the gay protagonist to survive or be passively accepted was considered progressive or even positive. For many young homosexuals, The Truth About Alex was the first time they saw themselves onscreen, and that was profound enough, and positive. But the real lesson of the film hides behind the ostensibly decent portrayal.  Because outside of those things — the survival, the eventual acceptance from a handful of friends or family — the life of a gay person was seen as a relentless and destructive battle against the world. If you come out, be prepared for everything to unravel around you.

Like if you’re gay, you’re actually a virus. You were wrong to think of yourself as a human being all this time, you’re not a human being! You’re a tornado, or a disease. That’s the topic of The Truth About Alex.

This movie was so stupid but also so brutally dark, which is a confusing combination of attributes, if you think about it. Stupidity is too stupid to be dark, usually. But this is. There’s a sliver of hope at the end, if you’re good at sports, kinda.

In The Truth About Alex, Alex is outed after he’s hit on by a guy in a truck stop who beats him up when Alex denies his advances. That’s how boys get outed — by their insatiable sex drives. Girls get outed when they fall in love with their best friend, or get married and have babies. 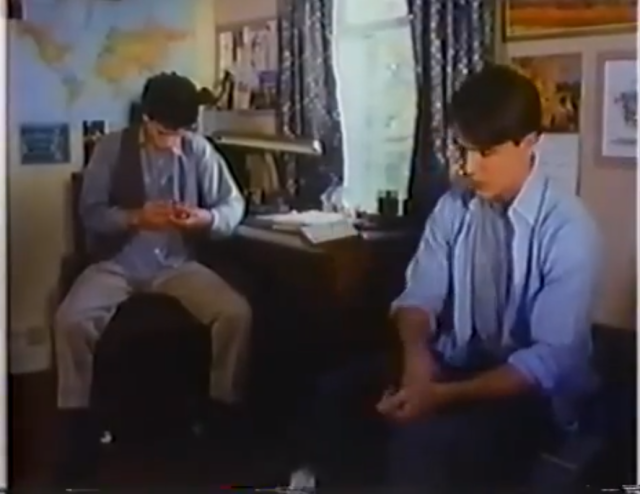 What If I’m Gay? was nominated for three Daytime Emmy Awards and snagged one for Outstanding Direction in Children’s Programming.

In the 90s, it seemed like things were changing a lot in big cities, quite a bit in college towns and other liberal enclaves, and not so much in the rest of the country. Right? It’s hard to explain what things were like then for me, like in 1997 when Ellen came out and so did my Mom.

I lived in a college town packed with politically conscious academics and their nervous, weed-smoking, string-instrument-playing, Salinger-reading offspring — an inherently gay-friendly group of ambitious human beings, for sure. Where we lived things were… fine. It was okay to be gay. We were low on bias and discrimination, but intolerance and unease still simmered beneath it all. It was socially acceptable to be homophobic just as long as you didn’t do anything about it.

But things still happened in weirder, more insidious, nerve-wracking ways in allegedly tolerant environments. Stories that make headlines now about lesbians getting kicked out of prom or a restaurant or a coaching position were everyday events back then, par for life’s course. It felt like gays were allowed in the room, but they couldn’t be sure anybody wanted them there, and they could be certain somebody wished they weren’t. If the PTA at my public high school flipped out about a gay guy speaking at an assembly on diversity, I couldn’t imagine how much worse that would’ve gone down in a conservative part of the country.

In the CBS Schoolbreak Special Other Mothers, which aired in 1993, the two mothers of a fresh-faced teenaged son, played by Jimmy from Lois & Clark, hit up a booster club meeting at his new school. Jimmy kinda doesn’t want his friends to know about his two Moms though.

Joanna Cassidy plays his birth mother, Linda, and Meredith Baxter plays his other mother, Paula. The episode won three Daytime Emmys and was nominated for two.

The Two Moms are an inconspicuous pair, they blend in with their hair styled like fussy foliage, tasteful jewelry and faces full of Avon. So they aren’t kicked out of the booster club meeting or anything. But there’s this melodramatic unease everywhere. Then there’s this heavily-made-up woman in an assertive pink blazer who isn’t, you know, okay with the two moms. She shuns them at the meeting, but saves her most pointed attack for a private home visit. That’s when she tells Meredith Baxter that the booster club is only for “real parents,” not Other Mothers.

Meredith Baxter came out as a lesbian 16 years after Other Mothers was on the air. It was okay to play the role, but not to be the role.

The rest of the video isn’t online, but I think that things got much worse from there.

Next: More Than Friends: The Coming Out of Heidi Leiter (Claire Danes was in it!) and The Truth About Jane.