At Tamale House, frat boys and construction workers sat side by side at dirty tables eating 85 cent tacos off styrofoam plates from 6:30 am to 3 pm. Monday through Saturday. A crew of Latina women shouted back and forth about limonada and chorizo on one side of the counter. Customers with cash in hand filled tiny plastic cups with salsa on the other. We were all united by our love of perfectly fried potatoes. Nothing cut through a hangover like the migas with cheese. The restaurant did not actually serve tamales, but they sold very beautiful cupcakes for $1. I never bought one, and now I never will.

Tamale House, the exquisitely grimy one on Airport Boulevard, just closed forever. Owner Bobby Vasquez died in April. Now there’s a whole documentary about it online, but it can’t replace the real thing. 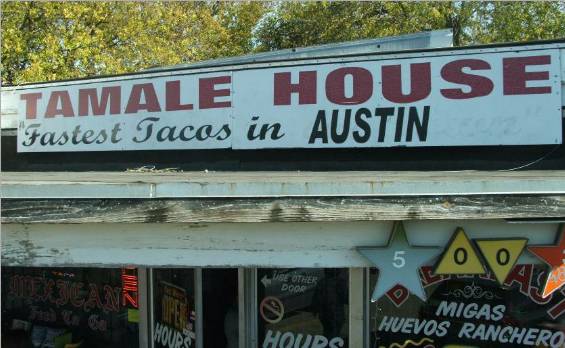 My best friend Dana and I went to T-House, as she insisted on calling it, multiple times a month for our last two years at the University of Texas. Right now she lives in Morocco and I live in Nicaragua. It has been hard to be away from Austin for a lot of reasons, but the shuttering of T-House brings into sharp relief just how far from home I am. I don’t know how to say goodbye from here. Perhaps growing up is grieving from afar, accepting realities we can’t see, and learning to let go of what we love and find new things to love instead. If so, I’m not quite grown up yet, because I can’t seem to shake this.

I went to Austin for New Year’s, just seven months after graduation, and it struck me how much had already changed. The wacky toy store on the main campus drag had moved downtown, and the sex shop across the street from it had closed. Where will freshman girls from East Texas buy their first vibrators now? My friends who hadn’t left town took me to new restaurants and bars they had found during their fledgling adulthood. Strangers lived in what had been my home. The girl I loved in May wasn’t speaking to me. I had a wonderful time, but I learned the city wasn’t mine anymore. For my last stop before I hit the interstate back to my parents’ place in Dallas I went to Tamale House and ate my migas with cheese out of my Styrofoam box on the porch. Some things, I assured myself, are constant. 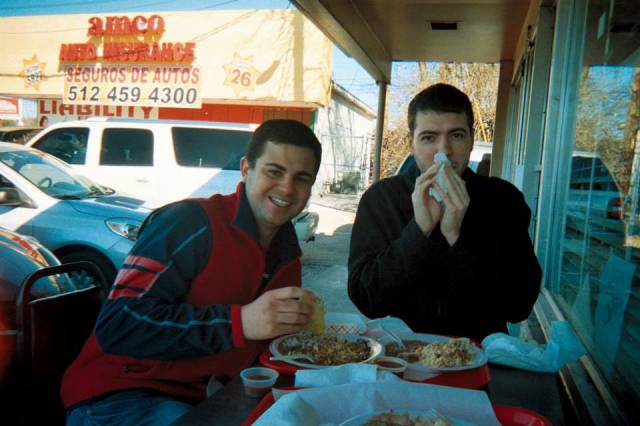 I didn’t know this would be my last trip to Tamale House. My friends Jack and Devin got the enchilada plate.

Until they’re not. That part of Austin is getting trendier, so I won’t be surprised if the building gets new paint and an air conditioner and becomes a boutique ice cream sandwich store. Now, this is not a story of gentrification or Old Austin vs New Austin. The store is closing because Don Vasquez’s children have other careers and he gave them his blessing to let it go. But part of me wishes there were a petition to sign or a letter to write. Sometimes injustice feels easier to respond to than the necessary changes that come with the passing of time. It won’t really feel true until I visit Austin again and drive up Airport and see the empty building next to the Amco insurance building. That’s when I will have to accept that the city where I came out, learned to drink whiskey neat, and got a pretty stellar education is going to keep on keeping on without me.

In Managua I have new haunts, new routines and new foods I insist on eating even though they will kill me (I’m looking at you, street cart burrito mixto). When Dana and I coincide in Austin this summer we’ll go to all the other restaurants we frequented in college and flirt with the baristas at Quack’s 43rd Street Bakery like old times. We’ll consider the possibility of going to the Tamale House on 6th Street owned by the same extended family, but they use real plates there, and we’ll probably lament that it wouldn’t be the same and ditch the idea.  When we drive up Airport Boulevard to get sno cones at Casey’s New Orleans Snowballs and pass Tamale House’s shell, we’ll probably hold hands and speak solemnly of perfect lemonade.

Maybe growing up is actually learning to cherish the things that make us who we are even when we can’t keep them. Maybe there’s hope for me yet.