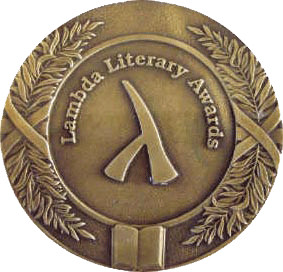 This year is the first that comics have had a category to themselves, though they’ve won in other categories previously. Calling Dr. Laura, a memoir by Nicole J. Georges, won, and finalists included Artifice by Alex Woolfson and Winona Nelson, Duck! Second Chances by Tana Ford and The Fifth Beatle: The Brian Epstein Story by Vivek J. Tiwary, Andrew C. Robinson, Kyle Baker and Steve Dutro.

The Lambda Literary Awards started in 1988 to recognize the best queer literature annually as judged on literary merit and content relevant to queer lives, and are run by the Lambda Literary Foundation. As I wrote last year:

There remains ongoing debate around the awards. For instance, authors of any sexual orientation can win any prize that doesn’t specify otherwise (not those that celebrate a queer author’s career, for instance), which some have criticized. The career categories recognize only binary genders.

The Lambdas also face the same criticism that all literary awards do — how do you determine whether or not a book is “literary” or has value? What makes a work fall in one category rather than another? If everything is subjective what is even the point? (The Millions suggests “promotion, encouragement, and pleasure.”) And some unique ones — are there better ways to celebrate queer literary culture?

Whatever you think about the answers to these questions, the Lambda Literary Awards play a vital role in queer literature: plumping up reading lists everywhere.

A partial list of the winners of the 2014 Lambda Literary Awards is as follows:

Bisexual Fiction: My Education: A Novel by Susan Choi

Bisexual Non-fiction: The B Word: Bisexuality in Contemporary Film and Television by Maria San Filippo

Lesbian Poetry: Rise in the Fall by Ana Bozicevic

LGBT Studies: Safe Space: Gay Neighborhood History and the Politics of Violence by Christina B. Hanhardt

The Board of Trustees Award for Excellence in Literature: Alison Bechdel