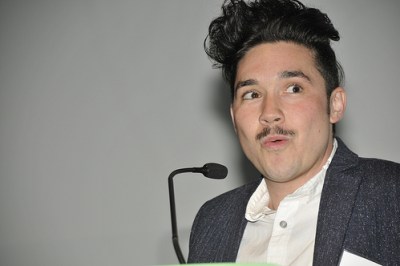 The winners of the 23rd annual Lambda Literary Awards were announced Thursday night in a ceremony at the School of Visual Arts Theatre in New York.

The Lambda Awards started in 1988 with the goal of celebrating LGBT literature and uniting the gay literary community. Whether or not they’ve been successful in that is a subject for debate — this is the first year there’s been both a fiction and non-fiction transgender category, and last year was the first year there was both a fiction and non-fiction category for bisexuality. As recently as 1992, the anthology Bi Any Other Name: Bisexual People Speak Out competed and lost in the Lesbian Anthology category. And in 2004, a transphobic book made the lists of finalists in the Transgender category until protests and petitions got it removed. But while the Awards can only represent a fraction of the queer writing out there and are flawed the way any other set of literary awards are flawed, they still represent queer culture getting attention and recognition, both from the community and from places such as the Wall Street Journal (blog), and that’s really important. 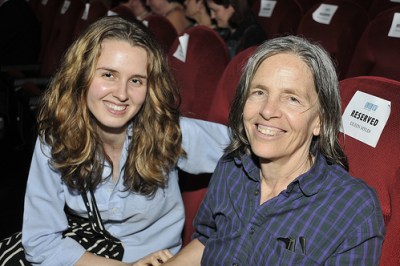 So important that people started debating it in their acceptance speeches.

This year, several of the winners (and finalists) wrote cross-genre books that have appeal for gay audiences looking for gay books as well as for non-gay audiences looking for something to read. Michael Cunningham’s By Nightfall and crime writer Val McDerimd’s Fever of the Bone, for instance, were both by authors with best-selling histories, while other works, such as Eileen Myles’ (awesome) Inferno, fall more on the side of experimental. This variety, however, led to a cross-acceptance-speech-and-interview debate around the place of queerness and author identity in the texts. Edward Albee, who wrote plays including “Who’s Afraid of Virginia Woolf?,” told the crowd that:

His speech was reportedly not very well-received. 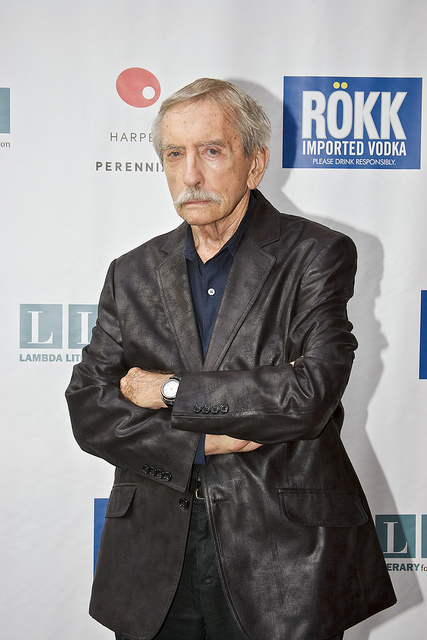 Ed Albee is a badass

In an interview with Entertainment Weekly, Stefanie Powers, author of One from the Hart and a presenter at the ceremony, said:

“The gay, lesbian, bisexual, and transgender communities are in a position where they’re expected to fill a niche, to make a point of themselves. We all long for the time when nobody has to do that.”

And in an interview with the WSJ, Lea DeLaria, the host of the awards and a comedian and singer, said, “I’m looking forward to the day where it’s not ‘gay books,’ it’s just, ‘books.'”

Other authors emphasized the importance of continuing to support specifically queer content. In her speech, McDermind said:

“I grew up in a small town in Scotland. There were no lesbians anywhere. They were a bit like mermaids – you knew they were out there, but they were kind of mythical. I write so we don’t have generation of wee lassies growing up in small Scottish towns asking, ‘what’s a lesbian?’”

The two (simplified) sides of the argument are this:

+ Having and supporting queer content is important because of community and invisibility and persecution and the necessity of giving recognition to queer artists, versus

+ It would be nice to have a world where you can have books with gay content or authors that are considered “books” instead of “gay books,” because sometimes being a “gay author” or having explicitly “gay books” can be limiting.