Hello! It has been brought to my attention that some of you wear JEANS at HOME?

This week, you read Octavia Butler’s Parable of the Sower with Al(aina) for Autostraddle’s Read A F*cking Book Club…

AND THEN YOU HAD A SLUMBER PARTY WITH THE EDITORS!

Kayla reviewed Killing Eve’s third season, which is its darkest yet.

Shelli’s got some TV show suggestions for you that you already love – you just don’t know it yet.

Laneia would like to know what you are doing. Same, tbh.

Okay, this is rad: There’s a new erotica series just for A+ members! It’s called Slick and the illustration on the very first story made me gasp out loud. Remember sex?

On Light as a Feather, Stiff as a Board: Join the AS Editors for a Virtual Slumber Party!

The Slumber Party You Deserve Award to llamalliker: 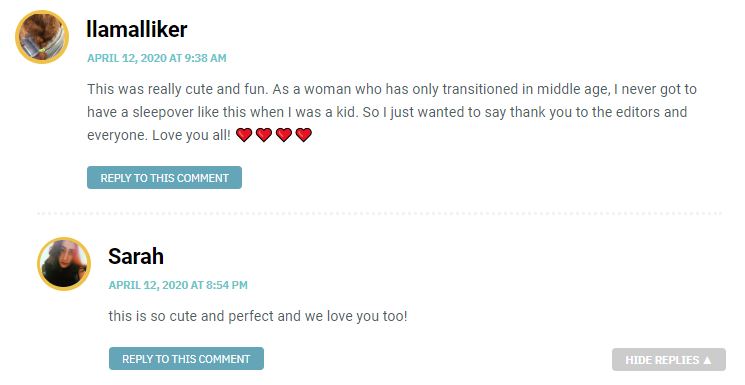 On You Already Like These Shows, You Just Don’t Know It Yet:

The CW Award to Onionize:

On What Are You Doing: 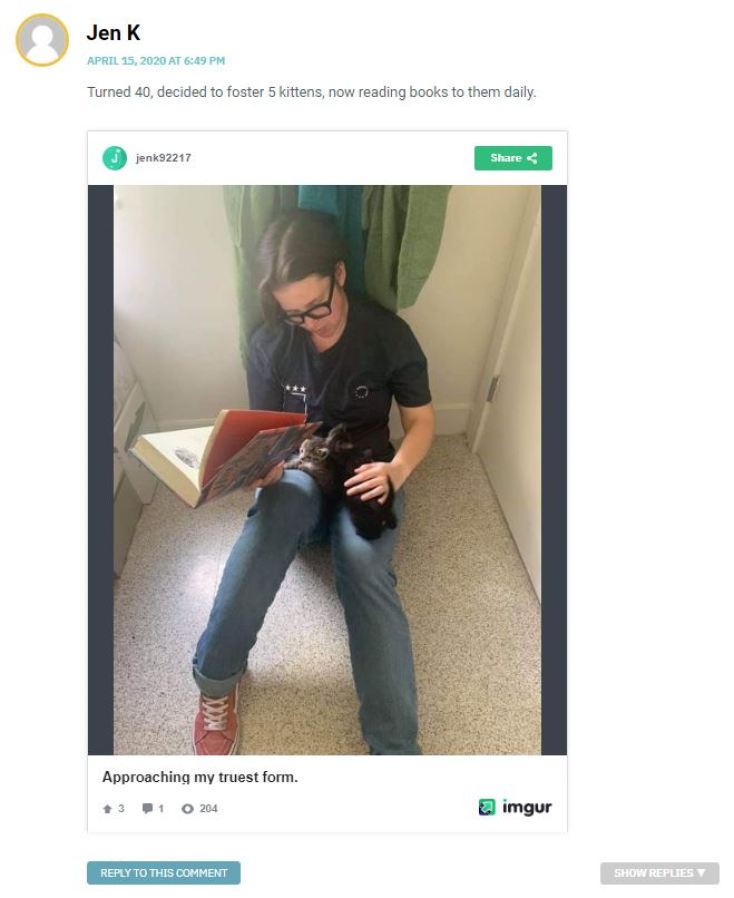 The Method Acting? Award to BettyOnIt:

On 15 Online Personality Tests To Really Dig Down Deep Into The Marrow Of Who You Are:

The Eviscerated I Am Award to Ava and Chandra:

The Inquiring Minds Award to :) :

And on Harley Quinn and Poison Ivy are Finally Getting the On-Screen Romance They Deserve in DC Universe’s Animated Series:

The Lesbian Urge To Merge Award to Caitlin: