There are few queer fandoms as long-suffering as those who pinged Harley Quinn and Poison Ivy as more than friends while watching Batman: The Animated Series all the way back in the early ’90s. Since then, their relationship has been immortalized in zillions of pieces of fan art and fan fic; teased by basically every group of creatives who’ve drawn and written them; finally consummated via smooching on the page in Marguerite Bennett’s alternate-universe DC comic, Bombshells, in 2015; and given a splash page in the main universe in 2017’s Harley Quinn #25. And while Birds of Prey director Cathy Yan has gone on record as saying she’d like to see them together in the film’s sequel, these two gal pals have never gotten the canonical on-screen treatment they deserve — until now! 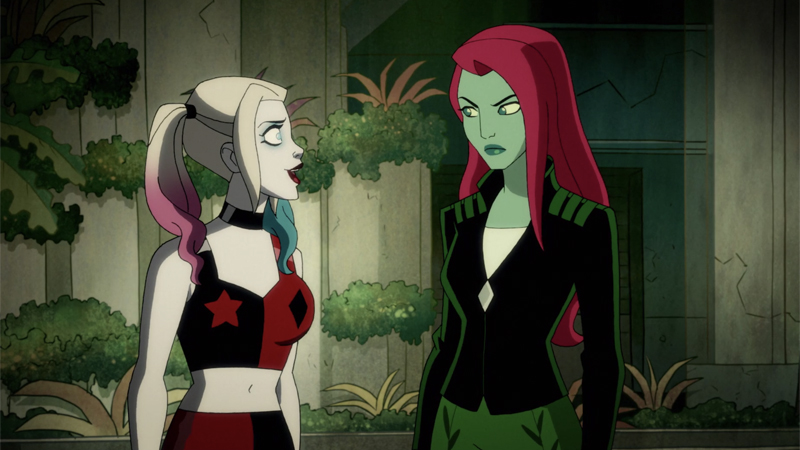 DC Universe, DC’s streaming/e-comic subscription service, is two episodes into the second season of it’s very grown-up Harley Quinn animated series, and true to their word, writers and showrunners Justin Halpern and Patrick Schumacker are going all in on Harley (voiced by Kaley Cuoco) and Ivy (voiced by Lake Bell) as friends-to-lovers this season.

Season two kicks off in a hardly recognizable Gotham City: Thanks to Harley, The Joker’s dead and Batman’s gone and she is finally free to do whatever the fuck she wants to do. The power vacuum creates an interesting dynamic for Gotham’s other crime bosses, who, fascinatingly, all view Harley as their main threat. Penguin, The Riddler, Bane, Mr. Freeze — first they try to work together with Harley to divide up the city, and then they all turn on her. While she’s trapped inside a block of ice, they reassemble their individual henchmen that Harley coaxed into quitting and grid off the city, each taking control of various essential resources like power and water. When Harley finally gets free, she decides she’s just going to have to kill every single one of Gotham’s villains and take over the entire city herself. 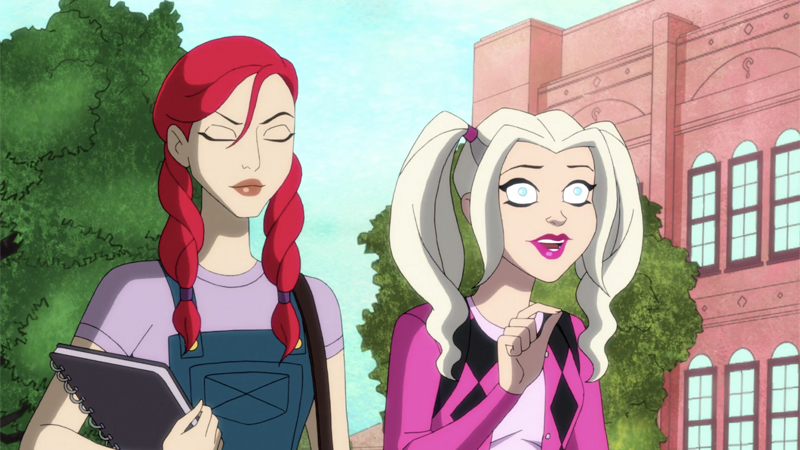 How does she get free? Well, Poison Ivy, of course. They are inseparable as soon as the second season kicks off. Harley is as erratic and homicidal as ever, and Poison Ivy is as baffled by and smitten with her as she always is. Ivy first convinces Harley she’s thinking too small. Batman’s gone. The Joker’s gone. The city could be hers. Harley really just wants the anarchy and chaos of it all, but when the other super-villains team up on and attack her, she decides Ivy’s right. The only way she’s going to be free is to take them all down.

After they unseat Penguin in episode one, they turn their attention to The Riddler in episode two. He’s taken over a local college, which also somehow houses Gotham’s power supply(?), so they pose as incoming students and infiltrate the campus. Harley is hype to party. Ivy’s just glad to have a dorm room to finally hang her favorite Indigo Girls poster on (an actual line of dialogue). They bicker and laugh and scheme and help each other heal from the trauma The Joker inflicted on both of them by being the support system the other one always deserved. 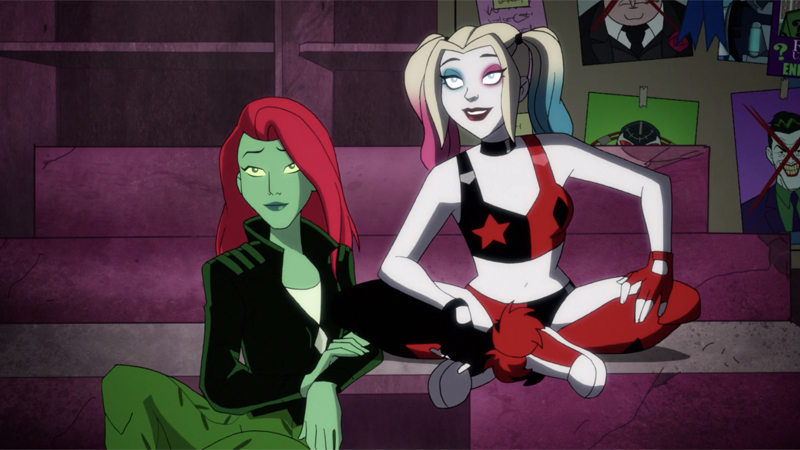 Harley Quinn is everything you’ve come to expect from other adult animated series coupled with everything that makes you laugh about DC properties that lovingly clown on their heroes and villains (like an R-rated Lego Batman Movie or Teen Titans series). It also sidesteps the objectification of Harley and goes the emancipation route. It’s irreverent and in-character and full of visual gags and quippy dialogue. And while we’re watching Harley and Ivy’s “slow-drip” relationship to take its promised “romantic turn,” we’re getting to watch the build-up against the backdrop of a new Batwoman origin story — I’ll let you watch that for yourself — and the reveal of a whole new Catomwoman (voiced by Sanaa Lathan), who is sure to cause trouble with the series’ criminal dynamic duo.

New episodes of Harley Quinn drop on Fridays on DC Universe. You can stream all of season one and the first two episodes of season two now. (You can also sign up for a free 7-day trial, which you can also use to watch all three seasons of Lynda Carter’s Wonder Woman!)