LGBTQ TV and LGBTQ movies remain nearly impossible to rank at the end of every year, but for completely different reasons. With TV, the medium has evolved so much it’s impossible to consume and process all of it! (Hey but we tried.) With movies, it’s the opposite thing, and even when, like last year, there are plenty of movies to rank, it’s hardly ever apples-to-apples comparisons. What is “best” when you’re comparing films made by queer people for queer audiences, pretty okay Netflix movies with wide reach and only gay supporting characters, celebrated foreign films, indie films that only get released in New York and LA, blockbusters with huge reach and only hints at queerness, films that never make it off queer festival circuits, and on and on?

Things are getting brighter in the world of queer cinema, but we’ve still got a long way to go! For now, I’ve rounded up the best movies of 2019 that you can actually watch (by which I mean they are streaming, in theaters, or have sold streaming rights and have a projected streaming date in place). I’d love to hear about your favorite queer movies of 2019 in the comments!

Portrait of a Lady on Fire (In theaters) 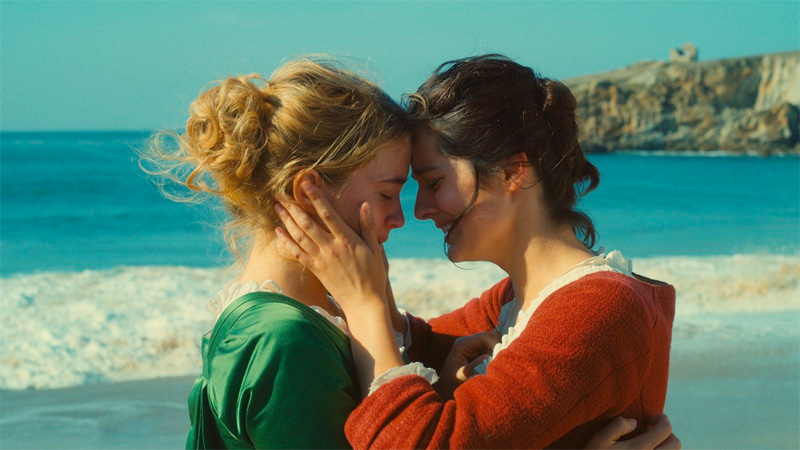 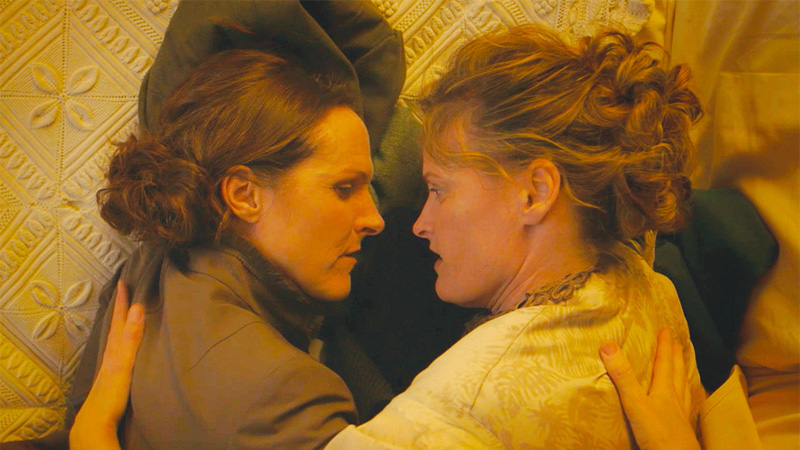 “During one of their meetings, Higginson tells Emily, “When I read your poetry, Miss Dickinson, I’m left feeling… I’m not sure what.” He could be paraphrasing the countless reviews written by male critics about queer and feminist art throughout history. Emily demures, but she could have told him that her poetry, like this film, was written without a man in mind.” — Heather Hogan 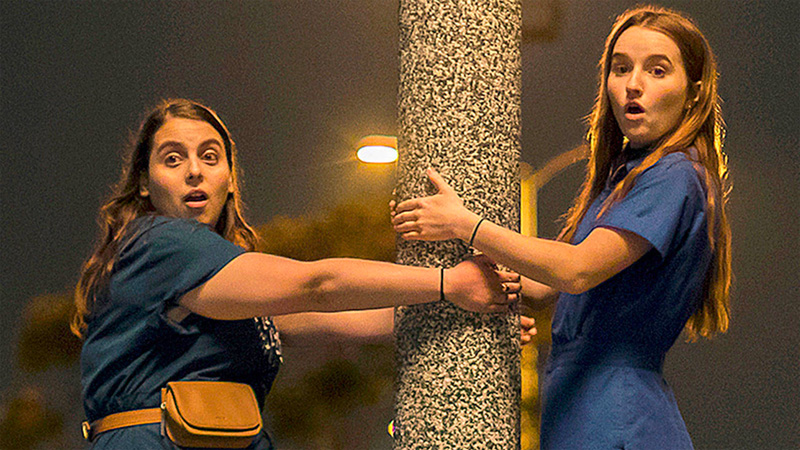 “The flavor may change slightly depending on how much of each ingredient you use, and the way those ingredients interact with each other, but the recipe for high school comedies remains largely the same. Enter Olivia Wilde’s Booksmart, a film that honors and skewers the genre. It also does what Mean Girls wouldn’t: It makes a main girl gay.” — Heather Hogan 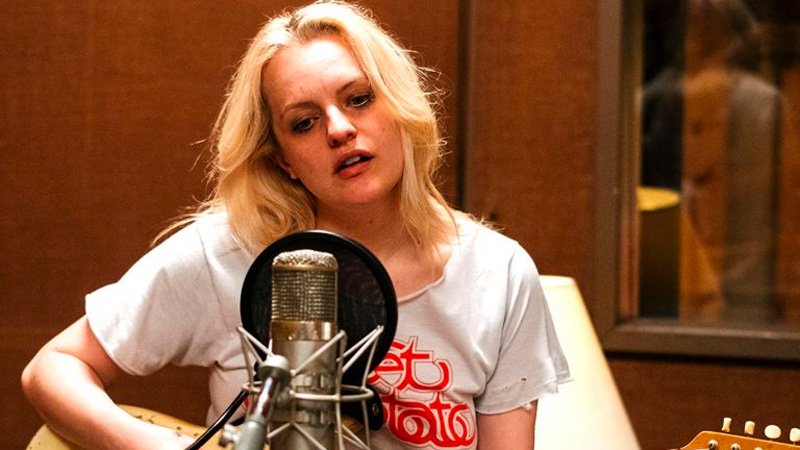 Elisabeth Moss has played a lot of characters in her career, but none like Becky Something, a queer, narcissistic rockstar on a spiral into oblivion. Becky is a Joan Jett archetype dialed up to a zillion, destroying everything — men, women, herself — on her path to superstardom and burnout. 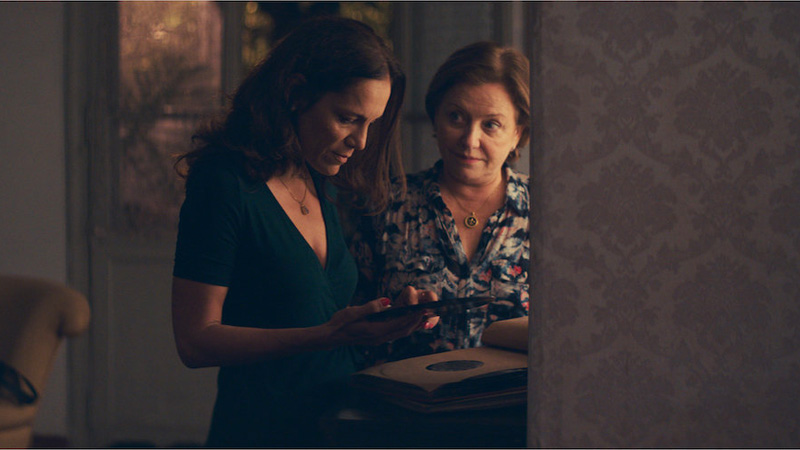 Around here, we love a good queer midlife crisis that results in a sexual awakening, and Marcelo Martinessi’s film delivers that in glorious detail. Chela’s (Ana Brun) partner is arrested and in her quest to earn enough money to bail her out, after selling some family heirlooms, she decides to pick up a few shits as a taxi driver. A younger passenger sets her yearning in motion and the payoff is exquisite. 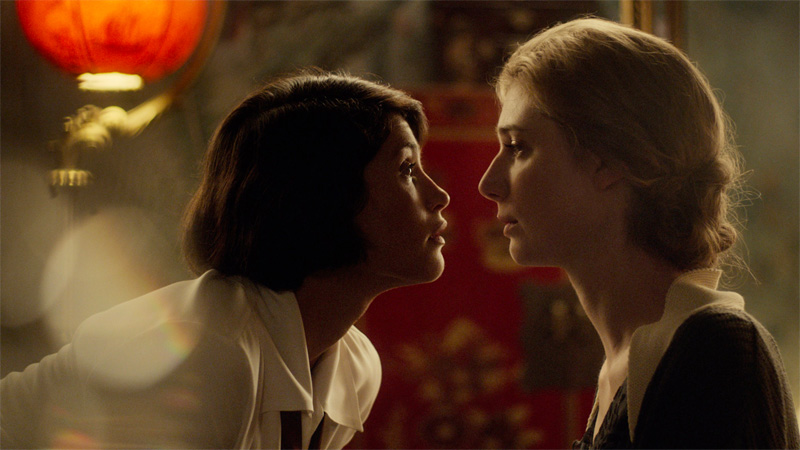 Vita & Virginia wasn’t what it wanted to be, but it’s still a really solid film about real life gal pals Virginia Woolf and Vita Sackville-West whose letters remain some of the most gut-punchingly romantic pieces of writing I have read to this day. It’s an absolutely fine afternoon diversion and frankly we need more lesbian films in that category. 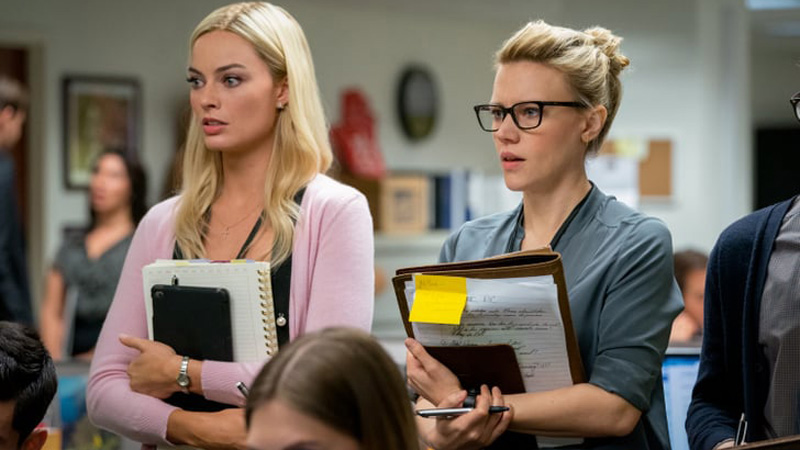 “As a person who group up inside the cult of Fox News, and who spent years researching it academically to write about it, and who remembers every moment of the 2016 election in excruciating detail, I had absolutely no desire to watch Bombshell — until Riese told me Kate McKinnon finally plays an actual lesbian in it. I’m not talking about dyke-y hair and gun-licking as subtext. I’m not talking about just her general way. I’m talking about Kate McKinnon’s character having sex with Margot Robbie’s character and their relationship becoming the most emotionally resonant thing in the entire movie.” — Heather Hogan 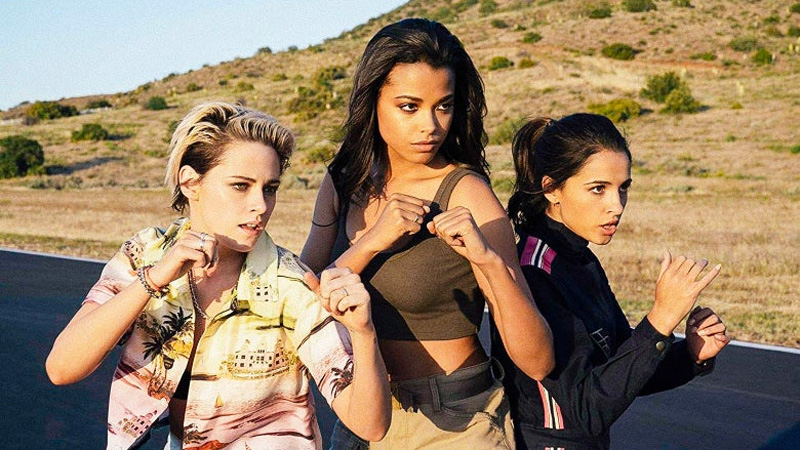 “And I’m going to go ahead and say it: Stewart’s Sabina is absolutely queer, even if it’s mostly subtextual. For some, there won’t be enough “evidence” to declare her a queer character, and I understand that to a degree. She’s certainly not out here kissing women between fight scenes (honestly, Cameron Diaz and Demi Moore come closer to kissing in Charlie’s Angels: Full Throttle than any two women in this movie do), but that shouldn’t really be the sole marker of a character’s queerness. We see Sabina rather obviously check out a woman at the gym, and a lot of what she says about her past is seemingly intentionally ambiguous about her sexuality. Also, I’m not so sure Elena doesn’t have an ex-girlfriend, too, but I don’t want to give too much away.” — Kayla Kumari Upadhyaya 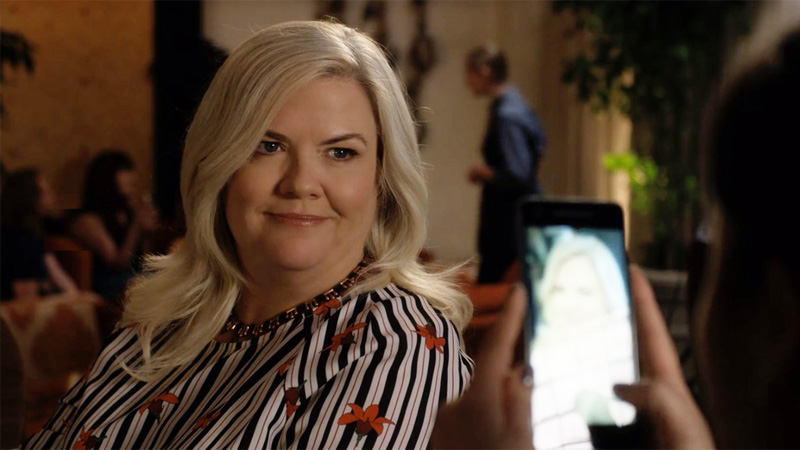 “It’s all wine and good times and inside jokes and singing and flirting (by Val with a server named Jade) on their first night in Napa, but when Cherry Jones shows up to give an inspired performance as an erratic, misanthropic tarot reader during their Saturday hangover, things take a turn for testy. The more vineyards they visit, the more wine they drink, the more they individually unravel; and then begins their collective cracking. Wine Country isn’t just womanhood and women’s friendships; it’s specifically middle age womanhood and friendships.” — Heather Hogan 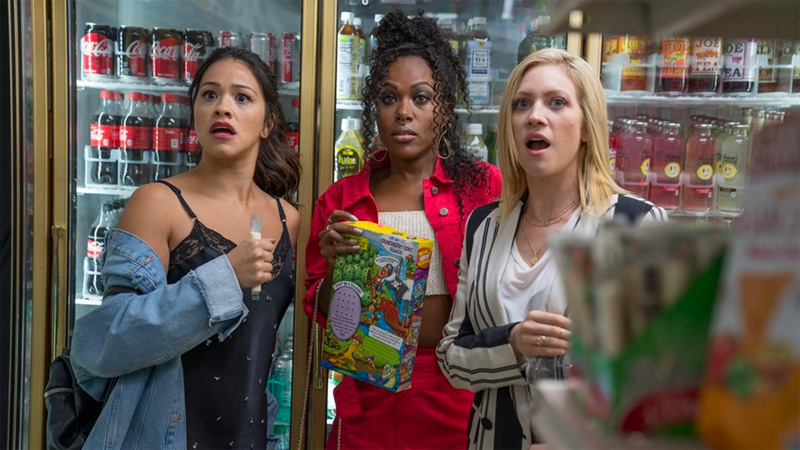 “I think Someone Great was very effective in throwing its audience into the deep end and then working its way backwards, so that you got to know all of the characters better via flashbacks. One of the reasons that works is because… we all know what we signed up for before we hit play on the Netflix queue, right? We know a “girl power rom-com” and all its clichés. I appreciate that Someone Great didn’t try and pretend it was something it wasn’t. BUT I also think it worked well because Gina Rodriguez, DeWanda Wise, and Brittany Snow are all very empathetic actors. You care for them and want to root for them right away.” — Carmen Phillips 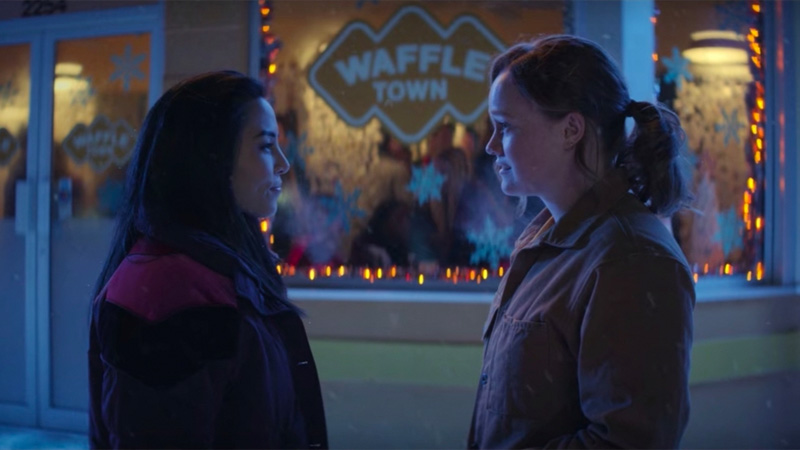 “The inclusion of a queer romance in a film like this is exciting enough on its own. But what makes it all the more exciting is both Hewson and Akana are queer in real life! Hewson is non-binary and gay and Akana is bisexual. They’re both so good in their roles, bringing their charm and authenticity. Most mainstream movies continue to cast straight actors in queer parts, so this casting in the most mainstream genre is pretty revolutionary.” — Drew Gregory 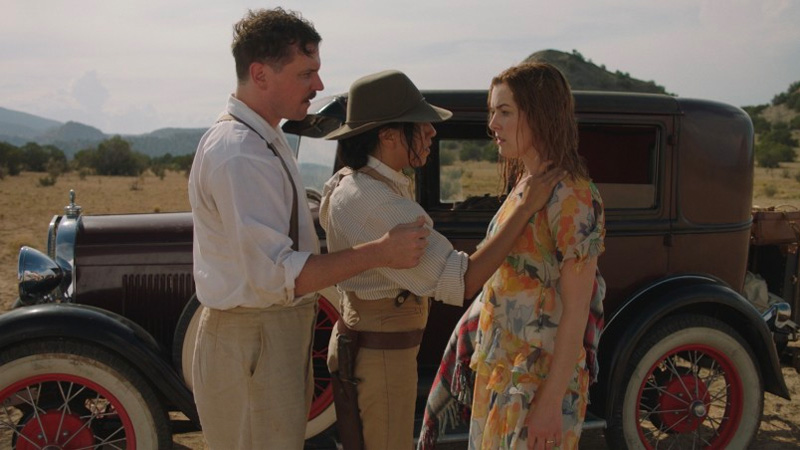 “There’s no evidence that Aimee Semple McPherson was queer. But there’s no evidence that a lot of historical figures did a lot of the things they do on screen. Buck and Schlingmann are the storytellers here and there’s no reason they shouldn’t inject some subtle queerness into this already enigmatic life. The Kennys of the world have long been telling stories through their lens and there’s nothing more truthful about that perspective. Aimee was a remarkable woman in the truest sense of the word, and she deserves this movie made with equal parts reverence and irreverence.” — Drew Gregory