When Janis Ian gives Cady Heron a tour of the cafeteria at her new high school, she describes basically every teen movie ever: You got your freshmen, ROTC guys, preps, J.V. jocks, Asian nerds, cool Asians, varsity jocks, unfriendly black hotties, girls who eat their feelings, girls who don’t eat anything, desperate wannabes, burnouts, sexually active band geeks, the greatest people you will ever meet, and the worst. The flavor may change slightly depending on how much of each ingredient you use, and the way those ingredients interact with each other, but the recipe for high school comedies remains largely the same. Enter Olivia Wilde’s Booksmart, a film that honors and skewers the genre. It also does what Mean Girls wouldn’t: It makes a main girl gay.

Molly and Amy, played to absolute perfection by Beanie Feldstein and Kaitlyn Dever, have been best friends forever, and unlike their peers who’ve been living it up with no regard for the future, they’ve stayed buckled down, locked up, planning for college and beyond. Molly’s going to Yale for undergrad on her path to becoming the youngest United States Supreme Court Justice. Amy’s going to Botswana to work on a reproductive health initiative and then she’s off to Columbia. They’re okay with not fitting in — it just means they’re better than everyone else (Molly meditates to a Maya Rudolph-voiced affirmation track every morning that details her various superiorities). Only, on the last day of school, Molly and Amy discover that most of their classmates are also headed off to prestigious colleges or six-figure coding jobs with Google. Molly decides their only recourse is to go out the night before graduation and do all the reprobate teenage things they were too buttoned-up to do for the last four years. 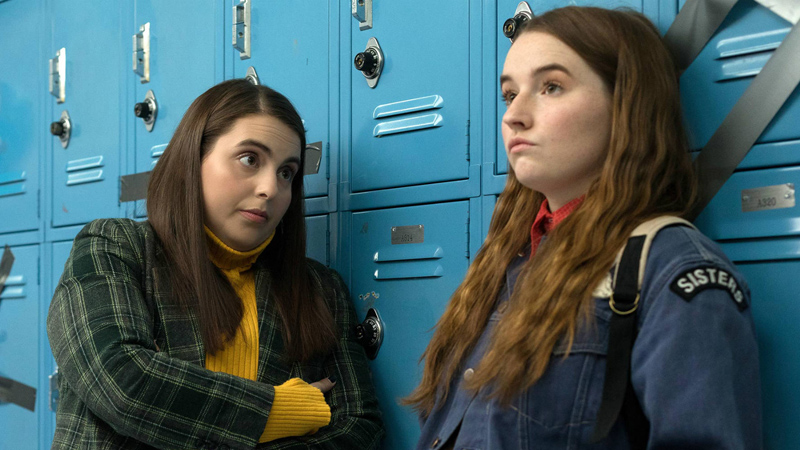 Amy’s lesbianism is a non-issue for her peers and only awkward with her parents when it gets specific, but that hasn’t really been a problem for her so far because — despite the fact that her mom (Lisa Kudrow) and dad (Will Forte) think she and Molly are dating — she doesn’t have any experience at all with girls. She’s got a crush on a skateboarder from afar, but that’s just longing slow-mo gazes and clumsy attempts at casual conversation. Molly and Amy’s self-seriousness extends to Amy’s sexuality. She came out, said out loud, “I’m a lesbian,” but with the exception of the super extra drama gays, she’s unclear if anyone else in her class is queer. Her Volvo and her jean jacket are covered with feminist bumper stickers and enamel pins, but maybe there are other girls out here also wanting to make out with girls but not make a big deal about it?

The fact that everything’s a big deal to Molly and Amy could get tiresome, and fast, but Feldstein, Dever, and Wilde bring such tender affection to bear on these teenage girls. They grew up alongside Sasha and Malia, idolizing Michelle Obama and and witnessing the double standard applied to her every action. They came of age in the world where Hillary Clinton lost a presidential election to Donald Trump. Racism and homophobia and transphobia and misogyny and school shootings and climate change are things they can’t ignore; those issues have shaped who they are. It’s so easy to see where they’re coming from. 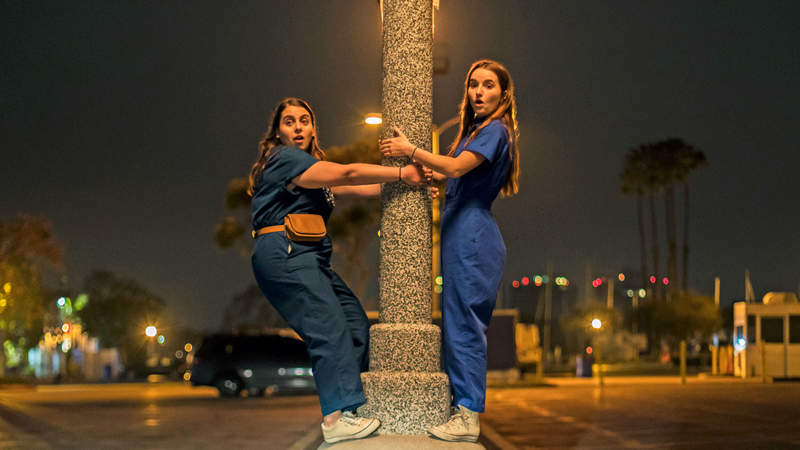 On the other hand, Olivia Wilde doesn’t spare them. The parade of absurdity they march through on the trek to reach their pre-graduation night summit — the coolest, most debauched party in town — forces them to interact with everyone they’ve avoided their entire high school careers. The try-hard son of a millionaire, the melodramatic gay thespians, the beautiful mean girls, the jocks, the stoners, and even the outside-of-school personalities of their teachers and administrators. (Jessica Williams’ storyline is, sadly, the only one that doesn’t do her justice — but she’s very funny.) Each encounter becomes more and more ludicrous and by the time they reach their destination, they’ve already gotten way more than they bargained for when they snuck out under the guise of a sleepover. But the wackiness has only just begun!

What really makes Booksmart is Molly and Amy’s relationship. It feels lived in. Their chemistry, all their little inside jokes, their banter, the way they navigate each other’s insecurities and quirks and annoying habits, easily moving between sounding board to hype girl to loyal confidante to pal who coaxes you to watch lesbian porn on your phone. Wilde strikes a really brilliant balance between allowing the audience to laugh along with Molly and Amy’s shenanigans — to get inside their inside jokes — without laughing at their often overwrought do-gooder feminism. Every joke lands, even a running character gag that could have easily become grating in less skilled hands. The stakes become clear, the conflict is heartbreaking, and gosh is the resolution ever earned.

Booksmart is a brilliant teen flick and a savvy female-fronted comedy and an exceptional lesbian film — and it’s also just a really smart, really funny movie. It transcends every genre it’s a part of.