Straddler On The Street: Lauren, 24

I met Lauren a couple of months ago through the perfect intersection of queer kismet: Ryley, one of our previous Straddlers and dapperQ models, introduced me and Lauren at the veer nyc fashion show at The Dalloway. Boom. Welcome to the teeny tiny New York City queer universe.

Lauren is 24, born and raised in Baltimore, and currently resides in Bushwick, Brooklyn. She pays the bills working for a tech start up, but she’s in New York pursuing the artist dream. Read more about her here, then head over to her Facebook and personal site to learn even more about this artist on the rise. 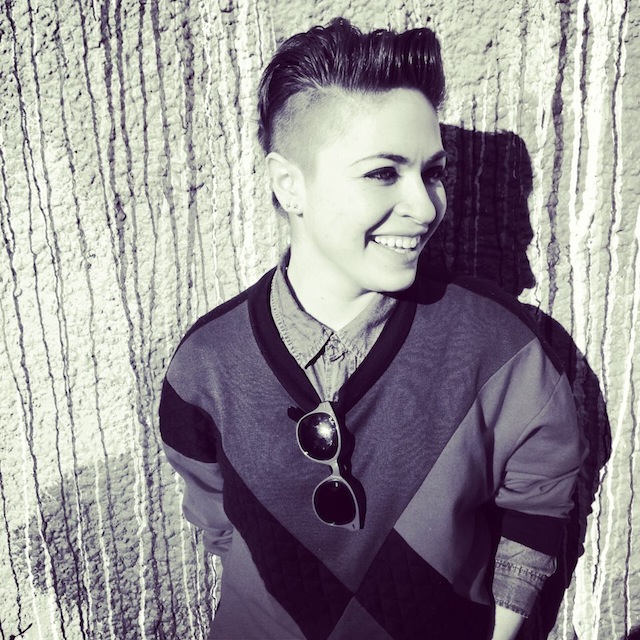 Let’s dive right in! Tell me about your art.

I make large scale drawings on raw canvas with Sharpies and then mix my own stains out of different foods and medicines and paint them in. I create imagined landscapes of the inside of the body – lots of organs, muscles, and intestine-like shapes – drawing on tensions between health and sickness, organic and inorganic, bodily control and lack thereof. All of the foods I use in the stains are poisonous but parts of our regular diets, so the idea is that every dimension of the work is conceptually related. The pieces have actual smells, textures, and will even bleed and decay over time.

Whoa, that must be incredible to view! When did you begin creating art? Have you always considered yourself an artist?

I’ve been making art my whole life, but it has manifested itself differently as I’ve aged. As a kid, I was primarily interested in animation and cartooning, and when I entered high school, I became immersed in Baltimore’s graffiti scene. While my current work adheres to a somewhat more traditional fine-arts model, it definitely draws a lot from both of those influences.

Did you study art at school?

I started making body work about halfway through college when my girlfriend at the time got very sick. It broke my heart to watch her suffer, and I entered an intense period of angry grieving. I started obsessively drawing these tiny, twisty organy things on just about every piece of paper I got my hands on. This naturally evolved into much more detailed large scale work, which fulfilled an equally neurotic and cathartic part of me.

I was a double major in Studio Art and Anthropology and did a separate concentration in Brain and Cognitive Science. A little all over the place, maybe. 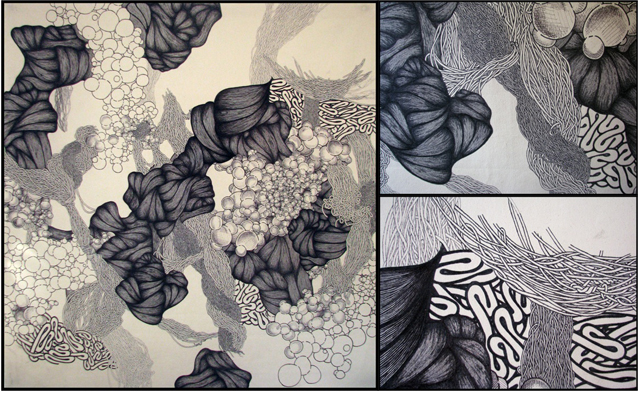 No, that actually sounds like the perfect mix, especially for the work you make now. What does a typical day look like for you?

There is no typical day. The one common element in my day to day is coffee. Lots of coffee. I try to keep myself pretty busy though and do New York in a big way. I want to meet everyone, be everywhere, do everything. There’s so much opportunity in this city if you’re willing to work hard to find it. At this point, I’m focused on surrounding myself with other artists and members of the LGBT community who are interested in collaboration.

Speaking of collaboration, you mentioned you’re creating a company to connect artists. Tell me all about it!

I’m in the early stages of creating a new company called Dragonwolf, which is set to launch in 2014. It’s partially based on my experience in moving to the city but more so an experience that I believe is common for young, local artists. It’s not a secret that New York is an unparalleled place to be to chase your art dreams. Everybody knows of the major galleries and museums, which are of course utterly unattainable, and also that there are – in theory – a ton of resources and opportunities for up and coming artists. If you don’t already have your foot in the latter door, however, it’s pretty difficult to find said resources and get involved. I’ve done a lot of research on existing shows and groups catered towards up and coming artists, and there are very few geared towards showcasing and networking LGBT artists. I’d like to change that.

Do you have any ideas how your company will work on making that change?

The idea is to have a pop-up gallery opening every two months in which only LGBT artists will be featured. Each show will have a different curated theme to optimize accessibility and eligibility of participants. We’ll never charge submission fees or admission to see the show. I’d like for this to be a win-win situation for everybody involved. Featured artists get to add to their resumes that they were featured in a juried, NYC exhibition, and they get to meet lots of other LGBT artists with common interests and passions. The name of the game is networking, and I’d like to help people do that.

That sounds rad. Is it just for New York artists or can people from all over submit work, too?

At this point, I’d like to stick with people in the NYC area, but if all goes well, I’d love to expand.

Awesome. And where can New York based people learn more about getting involved?

I’m in the process of finishing up grant proposals, launching a Kickstarter, and finalizing the Dragonwolf site. I’ll keep regular updates on my personal website and Facebook page in the meantime. People can also email dragonwolfnyc [at] gmail [dot] com.

Great! And now, a few non-art related questions to round out the interview. How did you discover Autostraddle?

I have a pretty distinct memory of suddenly realizing that as a citizen of the world, I should probably follow blogs and things trending online. So naturally, I searched for gay internet gold. You know – Autostraddle, Lesbians Who Look Like Justin Bieber…

Oh jeez, I was just talking about celebrity crushes yesterday. I much prefer to crush on people I know in real life, but I can name some hotties to boot. Mia Kirshner. I know everybody loves to hate her, but I’m still mourning Jennifer Schecter’s death. Grimes. Because she makes blunt bangs and big eyebrows feel so, so right. Emma Stone because, I mean, Emma Stone. I also have a crush on Kit Harrington, who plays Jon Snow on Game of Thrones. Because he looks like the prettiest, poutiest lesbian. 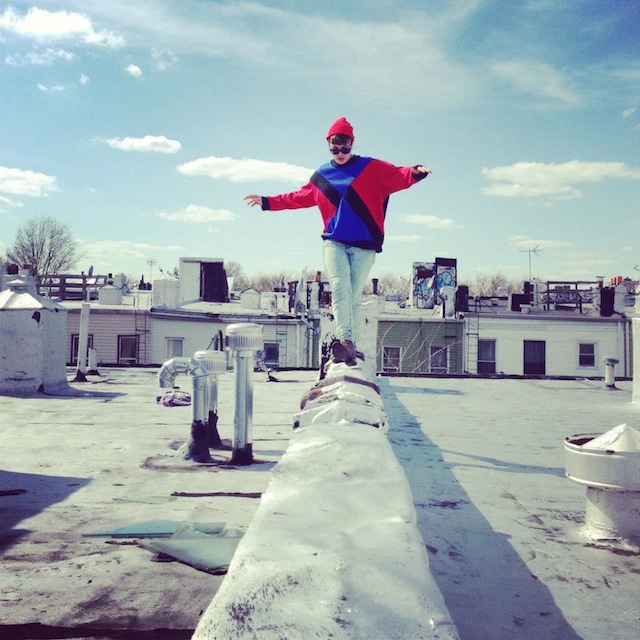