Happy Friday! Let’s get to it. This week in Autostraddle television coverage, the OG To L and Back came back swinging in full force with a recap of the OG L Word episode 306, and somehow Carly and Riese got even funnier during the off season? Early photos of Gillian Anderson on The Crown were released, and Rachel’s thankful that she doesn’t have to worry about being sexually attracted to Margaret Thatcher anymore! Sara and Ava go back to the 1940s on Legends of Tomorrow and geez whiz does Valerie Anne have some fun with all the old timey language. There was a Katy Keene crossover on Riverdale! And the secret of Alice’s kiss with Rhea Butcher comes out on Good Trouble. Shelli wrote about how much she loves Fran on Shrill and gave us a nostalgic tour of the, ahem, TV & movie sex scenes she used to click her mouse to in college. Also, did you hear? “Stumptown” is ready to fill the Root and Shaw-shaped hole in your heart.

Heather wrote this stunner and it’s not to be missed: How an Angry Cat, a Misanthropic Horse, and a Depressed Dyke are Giving Us Permission to Leave the People Who Hurt Us

+ This week on All Rise, Judge Lisa Benner revealed that she’s planning a run for Attorney General, which means: 1. A campaign story, and we know how much I love those, and 2. We’ll probably see her less now than we did before which I didn’t think was possible. — Natalie 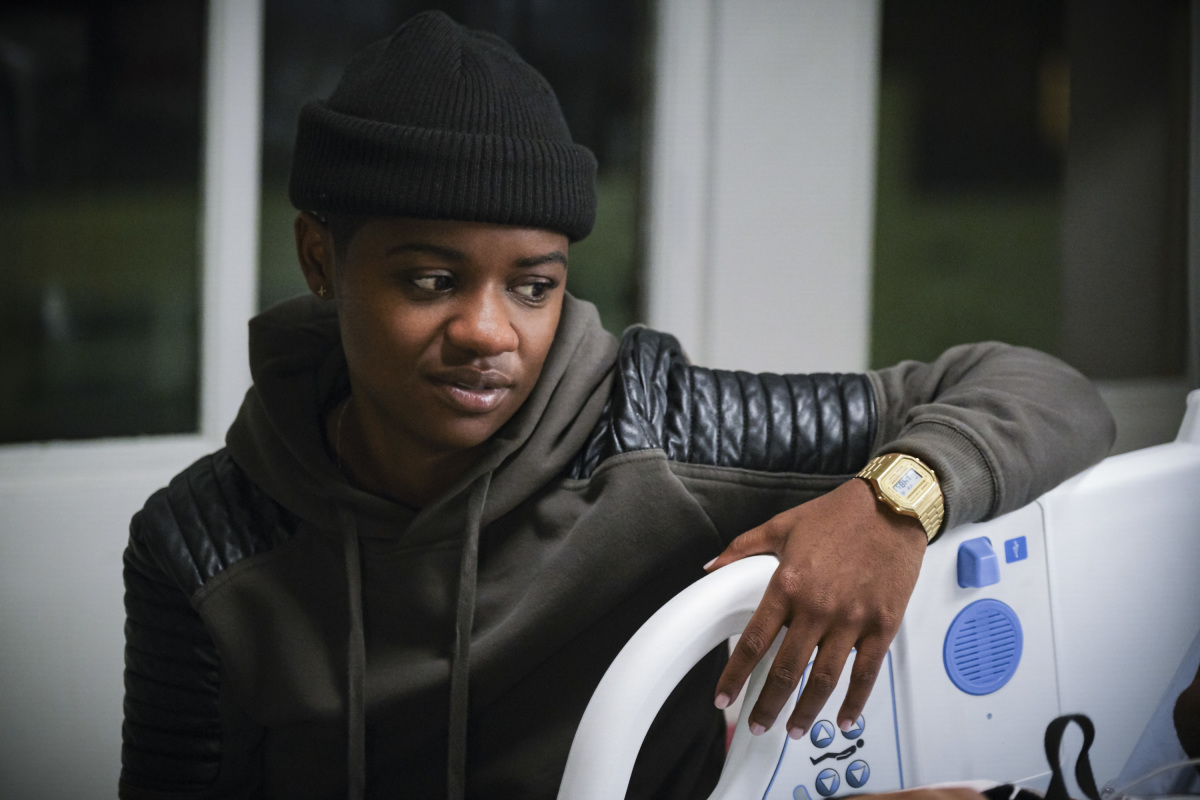 The classic Bone Thugs N’ Harmony song for which this episode is named is an ode to the lives of family and friends that we’ve lost so, of course, once again I sat through an entire hour of All American paranoid about how it would end. I thought Spencer would be safe — All American‘s been renewed for a third season after all — but everyone else was at risk, including our girl, Coop. But I digress.

With Olivia trailing in her blood stained dress, Spencer is pushed into the ER for treatment. Believing him to be just another gang member, the doctors are dismissive, withholding pain medication and blood for a transfusion, and the cop assumes Spencer’s responsible for what happened to him. Thankfully, Spencer’s nurse advocates for him — “regardless of who this man is, he is a patient in need of our care” — and he gets the treatment he needs. The nurse also allows Spencer to visit with “his sisters:” first, with Olivia and then Coop.

He urges Coop to get a message back to Crenshaw: He doesn’t want anyone retaliating in his name. Coop delivers the message to Flip who, as predicted, was readying his boys to go after Tyrone. Flip resists the request but Coop warns that the death of one Blood, at the hands of another, would lead to a civil war. Coop offers a counter-proposal: She’ll kill Tyrone… a snitch killing the banger she snitched on. Flip acquiesces, giving Coop 24 hours to take Ty out before he responds, consequences be damned.

What I thought was just a way to buy herself some time turns out to be an actual plan, as Coop leaves Spencer a note and her chain before heading off to take care of Tyrone. Thankfully, though, Preach steps in to stop her, warning that killing another person will change her, as it changed him. He wants a better life for her. He volunteers to handle Tyrone on his own — avenging his own shooting — but Ty sees the threat coming: The police arrive just in time to arrest Preach for assaulting the promoter who stole Coop’s money. Tyrone sends a video of the arrest to Coop and warns that she’s next.

Then Tyrone just leaves town? After all that build-up, the resolution seems terribly anticlimactic, but Flip and Coop both promise that they’ll be waiting, guns drawn, for Tyrone to show his face again.

Like the original 1990s series, the 2020 reboot of Party of Five is about five children — Emilio, Beto, Lucia, Valentina and Baby Rafa — left to fend for themselves after the loss of their parents. But unlike the original, the parents aren’t lost in a car accident, they’re lost to an inhumane immigration policy: deported to Mexico by ICE. The parents remain both present and maddingly distant… and the impact on the children is heartbreaking. The parents’ absence forces their eldest daughter, Lucia, to step up her involvement at home, but it also pushes her toward activism. 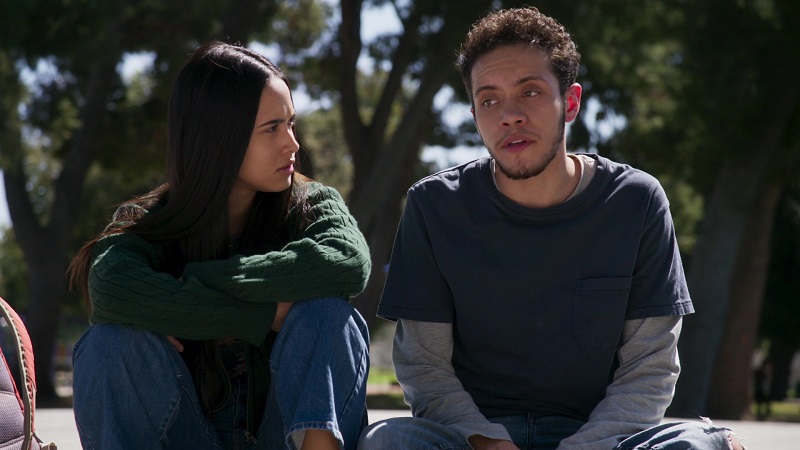 Enter Matthew, who Lucia meets at church. She feels immediate kinship with the homeless teen and tries to help him get food and work. It’s a struggle, though: Matthew resists help at every turn, refusing to reveal himself even to renew his DACA status. Eventually, Lucia finds a clean SSN for Matthew and he’s able to get a job in the Acostas’ restaurant.

With a secure job, Matthew and Lucia’s relationship shifts from him being her pet project to one of genuine friendship. She invites him over to the Acostas house to play pool and hang out with friends. One friend has her eyes set on Matthew and Lucia urges him to go talk to her. Again, he’s reluctant, worried about the judgement that’ll come when the girl discovers he’s undocumented and homeless. After witnessing an activist stand up to ICE on behalf of an immigrant, Lucia redoubles her efforts, urging Matthew to renew his DACA so he doesn’t have to hide anymore. But Matthew insists he doesn’t care about any of that, he just wants to live his life.

After an impromptu meeting with the activist from earlier, Lucia pieces together why she’s so determined to ensure Matthew’s safety: She doesn’t want any more people in her life disappearing. Her openness inspires Matthew to finally do the same.

Matthew: Lucia, for me to renew DACA, I would have to present my birth certificate. That’s the only way. But that name that’s someone I never was. And I won’t go back and say that’s me… not for any reason.

Do you see now?

I love this show so much. Did I mention, I’m pretty sure that Lucia is gay? Just in case you needed another reason to watch. 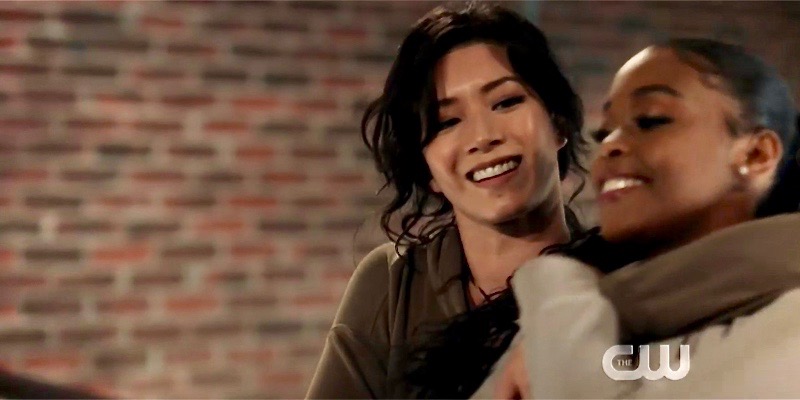 Loser has to get on top. (Kidding! Anissa’s always on top.)

I don’t know y’all, maybe it’s still a little too soon, maaaaybe this is premature, but I am so ready to love Black Lightning again. Anissa and Grace are really only together for one scene this week (so we definitely still have some room for growth on that front), but damn – what a scene it was!

The basic crux is that we’re going on a superhero road trip next week to save Lynn because she’s become a Green Light addict who was kidnapped by the Markovians. Anissa obviously wants Grace to stay at home, because… I mean, let’s be real Grace always stays at home, and that’s at least 50% of what the show has gotten wrong in the past. Except NOT this time! This time Grace and Anissa talk about their feelings like mature adults, with some of their signature mocking of each other that is SO CUTE it practically leaps off the screen (“Anissa I’m not a child!” / “To be fair Grace, sometimes you are.” And my personal favorite: “What? Is Thunder afraid of a ‘lil Pussycat?” I FELL OUT ONTO THE FLOOR!! Chantal Thuy, you are a master of delivery).

Then Grace proves she’s ready to go by challenging Anissa to superhero a fight in their apartment. They leap over furniture and stairs and jump real high and punch and breath real hard while licking their lips. Listen, what I’m saying is that as far as I’m concerned this is another Thunder Grace sex scene, and you will never be able to convince me otherwise.

To top it all off (haha, “top”), when the fight is over, Anissa admits that she’s scared to let Grace come along because she loves her. She can’t be the reason Grace dies in battle. To which Grace, in the utmost of casual, sexy confidence says: “Your fight is my fight, babe.”

At that point I had no choice, I gave my heart back to Thunder Grace. There’s no turning back now. I’ve watched this scene no less than 20x this week, so it’s only right that I leave a video so you can do the same: 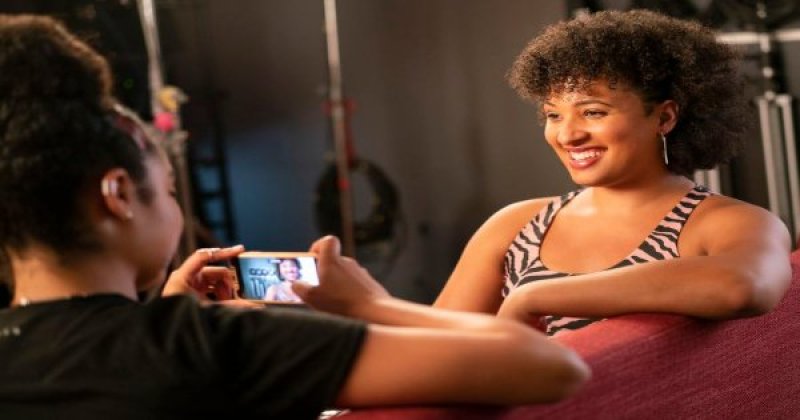 I wonder if this is what Janelle Monáe felt like when she was interviewed by Roxane Gay.

I have been a huge champion of Kat’s growth over the last two years of The Bold Type. In as much as The Bold Type is a coming of age story, it is most certainly a queer coming of age for Kat – who has figured out how to become a part of her community without a girlfriend on her arm, and how to use her workplace to advocate for the queer world around her. That’s all great. But you know that one friend who’s newly out of the closet, and then they sort become… well, there’s no need to sugar coat it, they become a bit annoying? Everything is either “right” or “wrong” or “social justice” or not at all, and it gets exhausting? Yeah well, Kat Edison has hit that stage in her queer development.

Kat’s super hyped about the new all-digital Scarlet and what that can mean for telling more diverse stories that matter. While working on an interview series to coincide with the New York Marathon, Kat starts chatting up Chloe, her regular delivery person. Chloe is trans – a reveal that’s so handled so clunky it’s inspired our very own Drew Gregory to make a master list of all the ways cis people write trans people on television, anyway moving on! So Chloe can’t run in the marathon because her qualification paperwork still had her previous gender listed. Kat decides to stick her nose in without Chloe’s permission and buys a number bib online from an injured runner who can no longer compete.

Of course when Kat tells Chloe the good news, she’s not happy about it! Chloe wants to turn the marathon as herself, that’s the whole point! (Allies take note: Help people the way they ask for it, and never assume you know more about someone else’s life than they do.) Kat feels bad for offending Chloe, so she talks a member of the marathon committee into letting Chloe run by name-dropping Scarlet all their 3 million readers online.

Meanwhile, Kat’s also been kind of on her high horse lately about policing Jane’s language (Jane can’t say “black market” because it associates blackness with being bad, Jane can’t say “woke” because it’s cultural appropriation, and so on). This is that annoying friend I was talking about! Which of course isn’t to say that Jane’s not typically the clueless privileged white girl of The Bold Type; she is, and I hate having to defend her. But c’mon Kat! Give us a break! Luckily Chloe also picks up on the vibes that Kat’s putting down. She encourages the friends – and all of us – to remember that as long as our heart is in the right place and we’re trying to make things better, that’s all that really matters.

Awwww you guys, group hug! Let’s go out and make the world better! See you next week!

The TV has written 145 articles for us.