Back in 2019, fans of both British-American actor Gillian Anderson and Netflix sensation The Crown contended with a range of emotions upon learning that Anderson had been cast to play Margaret Thatcher, onetime Prime Minister and Conservative Party leader of the UK. Anderson’s fame and sex appeal, initially earned in her iconic turn as Agent Dana Scully in pioneering sci-fi hit The X Files, has only increased as she’s aged and taken an array of starring roles in recent years from The Fall to Sex Education, as well as celebrated stage roles like Blanche DuBois in A Streetcar Named Desire. In contrast, Margaret Thatcher’s legacy has aged poorly, with her commitment to deregulation, privatization, opposition to unions, and policies in Northern Ireland cementing her as a fairly cut-and-dry villain. How will Anderson portray such a polarizing figure, many wondered, and more pressingly, will I have to reckon with being attracted to her while she does it? As more photos from the set of Season 4 of The Crown emerge, the answer to that question appears to offer some relief: This is arguably the least hot Gillian Anderson has ever looked, thank God. 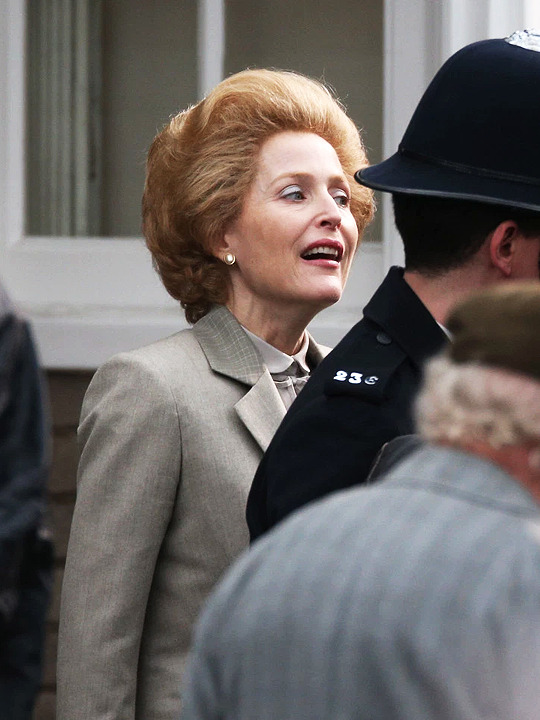 Margaret Thatcher was many things to many people, although to a majority, “hot” was not necessarily one of them — at the same time, Anderson has shown such a consistent commitment to remaining a total fucking smokeshow in a murderer’s row of “cold, aloof elder British women” roles that it was hard to feel totally safe. Candid photos of her in costume, however, seem to largely allay those fears — while still recognizable as Gillian Anderson, she does indeed look like Gillian Anderson playing Margaret Thatcher, complete with impenetrable bouffant and a vaguely unsettling aura that suggests she might at any moment shut down free milk programs for young schoolchildren, vilify striking miners, or refuse the demands of hunger-striking Northern Irish state prisoners. Acting! 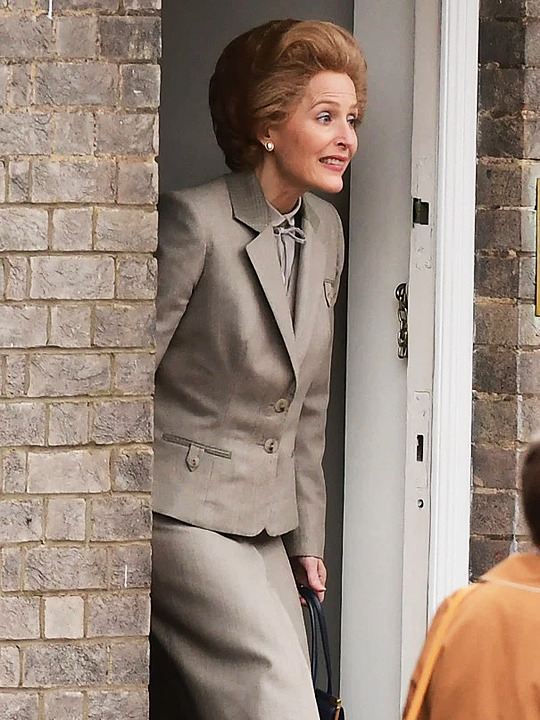 Can we be absolutely sure the average viewer will be able to watch Season 3 of The Crown attraction-free? No — there may yet be a fictionalized scene in which Margaret Thatcher poses for a boudoir shoot, or perhaps you will find yourself impacted by ways you regret by an icy, pointed argument characterized by furiously regimented politesse. On the other hand, nothing in this world is truly guaranteed; you could find yourself having a confusing but compelling sex dream about Margaret Thatcher even if you never watch, a victim of your own randomly firing neurons. There’s still the hurdle of Cate Blanchett playing Phyllis Schlafly to overcome for many of you, but it tentatively appears you may have dodged this bullet.